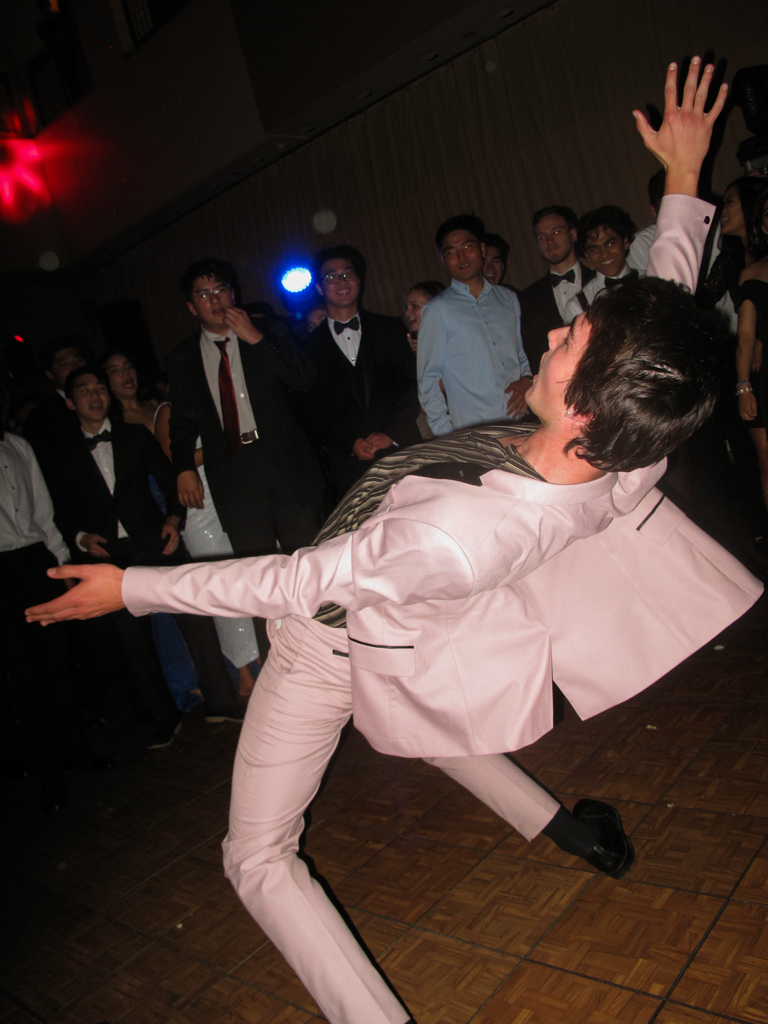 The 2018 prom location –– the Autry Museum of the American West –- featured multiple exhibits in addition to prom staples of a photobooth and caricature artist. Senior Lachlan Campbell stretches back on the dance floor.

Students traveled to the Gene Autry Museum Saturday, May 12 for the 2018 Prom after months of non-stop chatter and preparation for the highly-anticipated dance planned by SPHS’ junior class.

The dance –– appropriately named “Night at the Museum” –– began at 7:00, and most students stopped to eat outside of the dance floor before going inside. The DJ played music from a list of suggestions from students, much to the satisfaction of many in attendance. The dance floor quickly became the most popular part of the venue, with large groups showing off their moves in a circle dancing alongside couples.

Despite facing controversy when the Autry was first announced as this year’s location, the venue proved to be a worthy site for the dance. The dance floor was situated in wide open space with balconies from the floor above overlooking it. Most of the museum remained open throughout the dance so that attendees could observe the exhibits and socialize in the open courtyard.

“Night at the Museum” showcased several other activities from previous proms as well such as a caricature station. The venue also featured two options for photos, one casual booth complete with bizarre costumes and signs and one professional room. Outside next to the dinner tables, there were two massive jenga towers. The museum theatre was also open with a small television screen on which one could play the 2006 Xbox 360 game Guitar Hero II.

Toward the end of the dance, the Prom Courts of both juniors and seniors were introduced. Court members stood on a balcony above the dance floor while Principal Janet Anderson read off their answers to a court questionnaire. When people first entered the venue, they were allowed to vote on Prom King and Queen, so the results were ready when the court was announced. In the end, the winners were juniors Rachel Lu and Sage Pierone and seniors Victoria Venardi and Reno Goudeau. 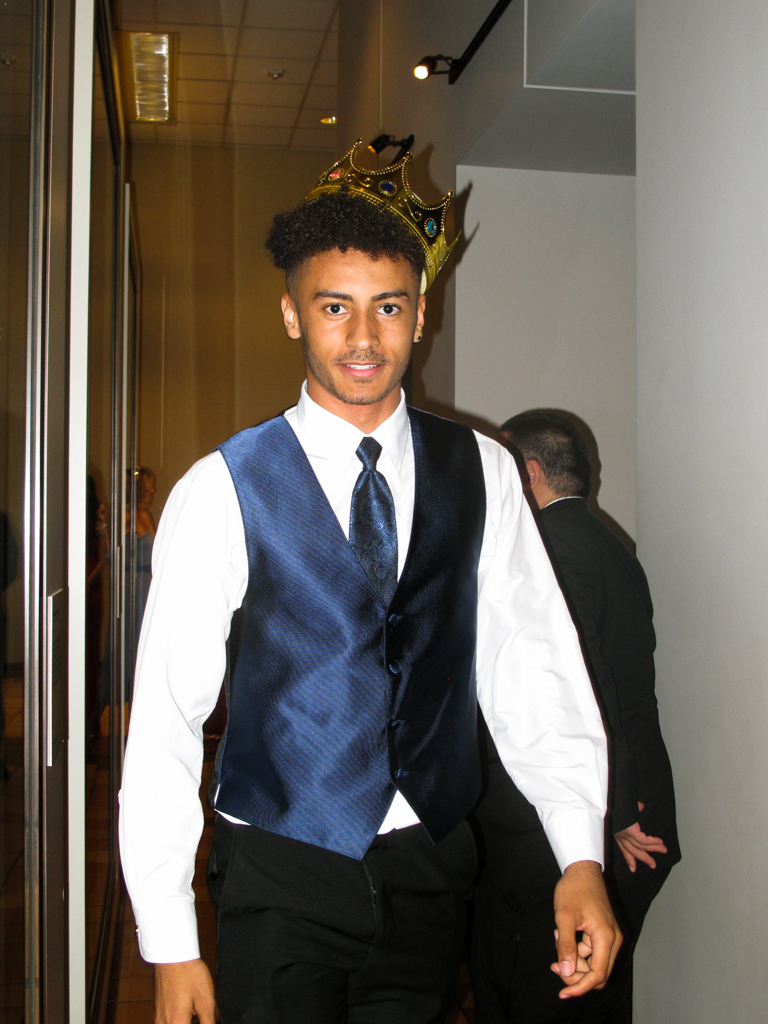 The 2018 prom featured multiple activities with exhibits and gardens surrounding an indoor dance floor. Senior Prom King Reno Goudeau walks into the spotlight before his coronation.

At 12 in the morning, the dance came to an end. The students in attendance filtered out of the venue slowly. Many students, including Venardi were surprised and pleased by their experiences at the dance.

“I was honestly shocked to be nominated in the first place,” Venardi said, “but it was a great experience that will definitely be memorable for my senior year of high school.”