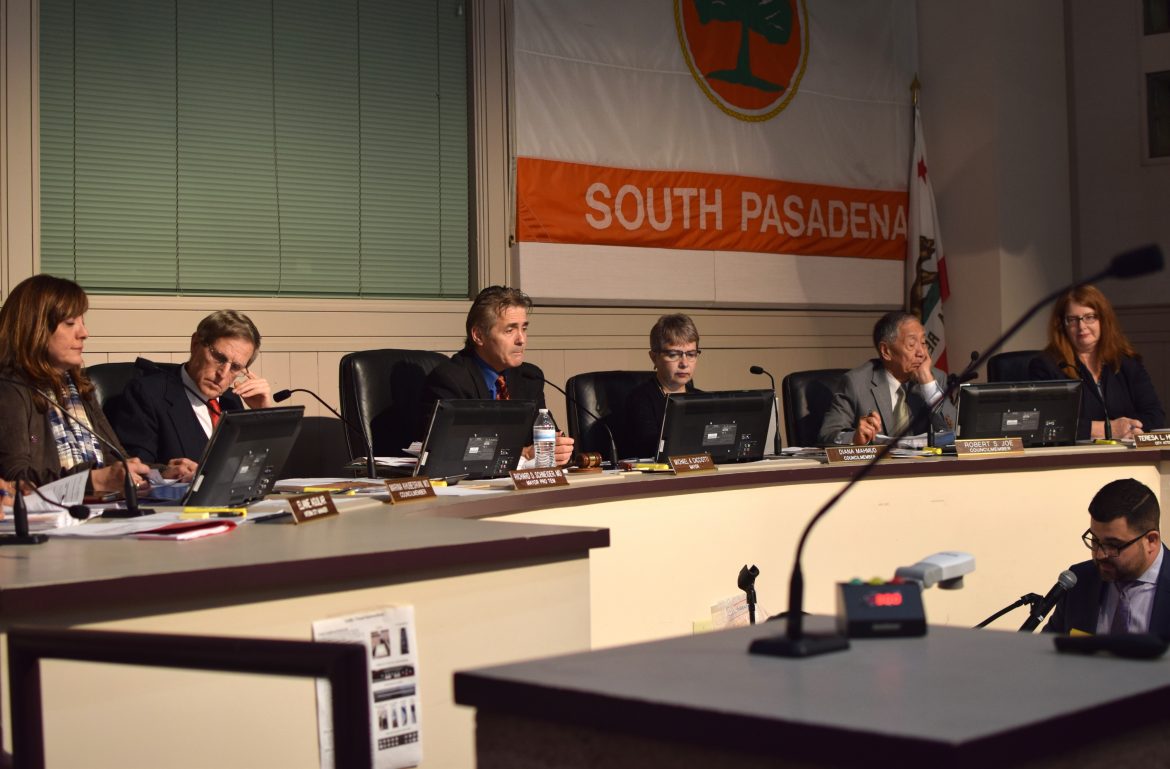 The City of South Pasadena will create voting districts in response to an accusation of a voting rights violation. The city council moved to transition residents of the three-and-a-half square mile town from from voting at-large to district-voting to avoid hefty legal fees. The decision was made in response to an accusation made by attorney Kevin Shenkman on Wednesday, July 19th at a city council meeting.

Shenkman, a successful Caucasian attorney from Malibu, accused the city’s current at-large voting system of diluting the votes of minority groups, specifically Latinos. According to Shenkman, this violates the California Voting Rights Act (CVRA), which was passed in 2001. The CVRA “prohibits the use of an at-large election if it would impair the ability of a [minority group] to elect candidates of its choice”.  The decision to divide voters into districts was made at the July 19 city council meetingShenkman can prove a violation of the CVRA by showing that the minority group’s choice of candidate differs from other voters.

Shenkman asserted that candidate Art Salinas, who received significant support from Latino voters, was defeated in 2011 due to the dilution of minority votes. Another assertion was that there was a “complete absence of Latinos to be elected to the council in recent history.” In a presentation by the city, the claims were refuted by citing no evidence of polarized voting among Latinos. David Sifuentes and Diana Mahmud are both of Latino descent and were elected to the city council in 2007 and 2013 respectively.

“This is an attorney [who] isn’t even interested in the facts”, council member Marina Khubesrian said, regarding Shenkman. “It pays him to go to court and roll the dice because the dice will usually roll in his favor.”

The city had to either declare intent to transition or send a response letter to Shenkman. The latter option would have resulted in a lawsuit. Anywhere from $200,000 to $500,000 in legal fees and a possible $2 million payment to the plaintiff was expected if there was to be a lawsuit, but the city will not have to pay since the council chose the first option.

An at-large system, which South Pasadena currently uses, does not have voting districts. Rather, it takes votes from the city as a whole, and candidates for city council can reside anywhere within the city. The proposed transition to a district-based system would separate South Pasadena’s voters based on residential location. Voters can only vote for candidates that reside in their own districts, limiting the candidate pool for each district. The terms for candidates will increase from two years to four years under a district-based system.

In racially-divided communities, voting districts can amplify the voice of minority groups by concentrating the minority vote in a single district. However, residents at the meeting argued that due to South Pasadena’s homogeneous and diverse racial distribution, voting districts can have the unintended effect of diluting minority votes. This is the opposite of the intended effect.

Shenkman represents the Southwest Voter Registration Education Project, who are currently taking action against ten cities. The city cited eight other cities in Greater Los Angeles who were sued under CVRA violations as past examples, with Palmdale paying as much as $7 million total over the course of their lawsuit. Of the cities sued under CVRA, no city has ever won. San Juan Capistrano, West Covina, Rancho Cucamonga have settled outside of court with Shenkman, or are in the process of settling, according to the LA Times.

Under the CVRA, the city government being sued must pay the attorney’s fees to the plaintiff. This amount can reach $30,000.

If the intended course of action proceeds, the city will begin the process of drafting districts over the course of August through October, with the voting districts being formally adopted on October 18th.