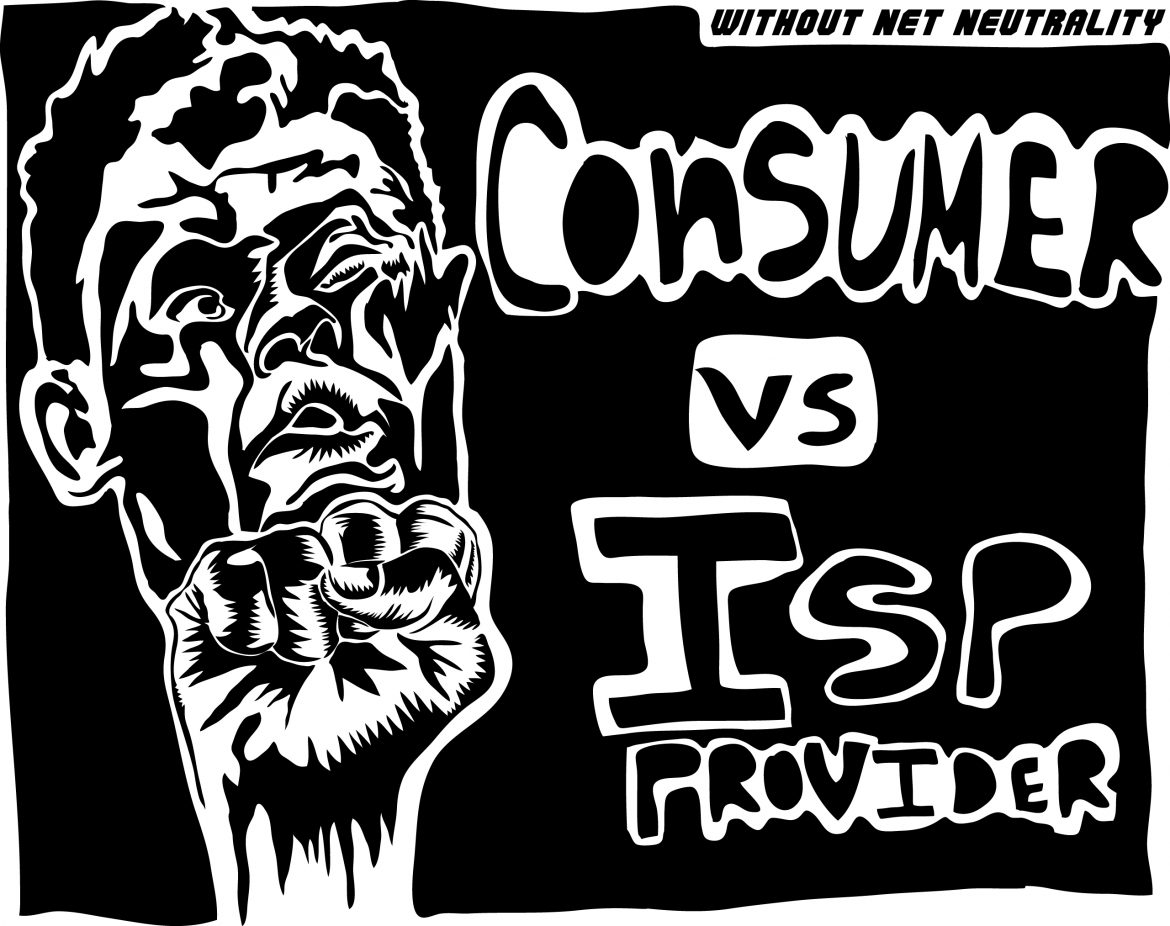 In the fight for net neutrality for internet users, complete parity between all users is not the answer.

Net neutrality is a commonly discussed topic on the Internet, especially after dozens of corporations and over 50,000 websites protested its proposed removal on July 12th, the Net Neutrality Day of Action. Although net neutrality is widely known to be an important issue, the majority of the public does not understand what it is, what impact its removal has, or potential drawbacks of net neutrality.

Net neutrality describes the principle that all data and data transfer on the Internet must be treated equally. The removal of pro-consumer regulations opens opportunities for Internet service providers (ISPs) such as AT&T, Comcast, and Verizon to slow down or block access to specific websites. Net neutrality laws must be maintained and enforced by the government in order to protect us from anti-competitive practices and exploitation. However, these regulations should be relaxed in cases where it can do more harm than good. As it stands, the current pro net neutrality argument does not take into consideration the downsides of regulation.

According to the FCC’s “Open Internet Consumer Guide”, open Internet rules (such as the Open Internet Act) state that ISPs cannot block or slow lawful traffic, must be transparent about their services, and have reasonable network management. The laws were needed because of cases of throttling and censorship by ISPs, such as an incident in 2007 in which Comcast slowed down connections to torrenting services, which are commonly used to pirate content. AT&T also blocked access to Apple’s Facetime service unless customers paid for a more expensive data plan. In these examples, ISPs treated services unfairly and restricted options for their own gain. If an issue like this occurs today, the ISP can be subject to a fine due to the Open Internet regulations that are in place.

But without some net neutrality rules, ISPs can exploit uneven connections for greater profit. For example, Comcast can greatly reduce streaming quality to Netflix while increasing the connection quality of its own streaming service, Xfinity on Demand. Comcast’s customers can either pay extra for faster Netflix or switch to Xfinity on Demand, with both solutions hurting the customer. Another harmful practice can be the selling of tiered packages that include different services and block others, essentially treating websites the same way as TV channels. A low-tier package may block connections to all streaming video services except for the ISP’s own service, while a higher-tier package includes services from competitors like Netflix and Hulu. When there are different services that provide the same type of data (in this case streaming video), “level playing field” rules must be enforced so that we are not harmed by price gouging.

Even though “upgradable” connections for the public can be detrimental, corporations will benefit from paying for higher quality Internet plans. By allowing ISPs to offer upgradable connections for corporations, more profit can be made, which can in turn be used to fund the expansion and innovation of new Internet technologies and infrastructure. Companies will pay for more reliability and a “fast lane” connection to their clients. This will be especially beneficial to content delivery networks and cloud storage providers.

Although arguments by opponents of net neutrality are often dismissed, there exist cases where strict regulations can lead to unintended consequences. One such situation is a traffic overload, in which the network cannot handle all of the traffic on it. During an overload, some connections have to be throttled or suspended. If an ISP cannot choose which connections to throttle due to forced equality, there can be unforeseen consequences. When the ISP is given a choice over which service to suspend, it can choose to pause all Netflix streams instead of pausing service to a hospital or power plant. ISPs can also choose to quarantine computers and networks that are affected by a virus in the event of an attack, so that the virus will not spread to other users. The choice to prioritize higher-level plans and block harmful connections will result in less collateral damage, despite violating the FCC’s protocol.

Net neutrality is beneficial to the end user when ISPs are prevented from price gouging and using malicious practices. Enforcing absolute parity, however, is not the best solution by any means. Instead, the FCC should choose to not enforce their rules in special cases and relax restrictions between corporations and ISPs. Allowing ISPs more freedom in their business with corporations can strengthen infrastructure through innovation and high quality connections. A reasonable approach to net neutrality will benefit the user more than the legalistic approach that is commonly advocated.

As seen in the Congress’s decision in repealing Internet privacy rules, the vote to repeal Open Internet will likely be split on party lines, with the repeal passing due to a Republican majority. In order to prevent the full repeal of net neutrality, citizens need to contact their respective Congress representatives and the FCC to voice their opinion. This can be done by sending an email through the “Contact” section of a representative’s or senator’s website. BattleForTheNet.com allows users to send a comment to the FCC and Congress. Although the current laws need revision, they are better than having no consumer protections. The future seems bleak for consumer protections on the Internet, but there is still hope for a bipartisan compromise.