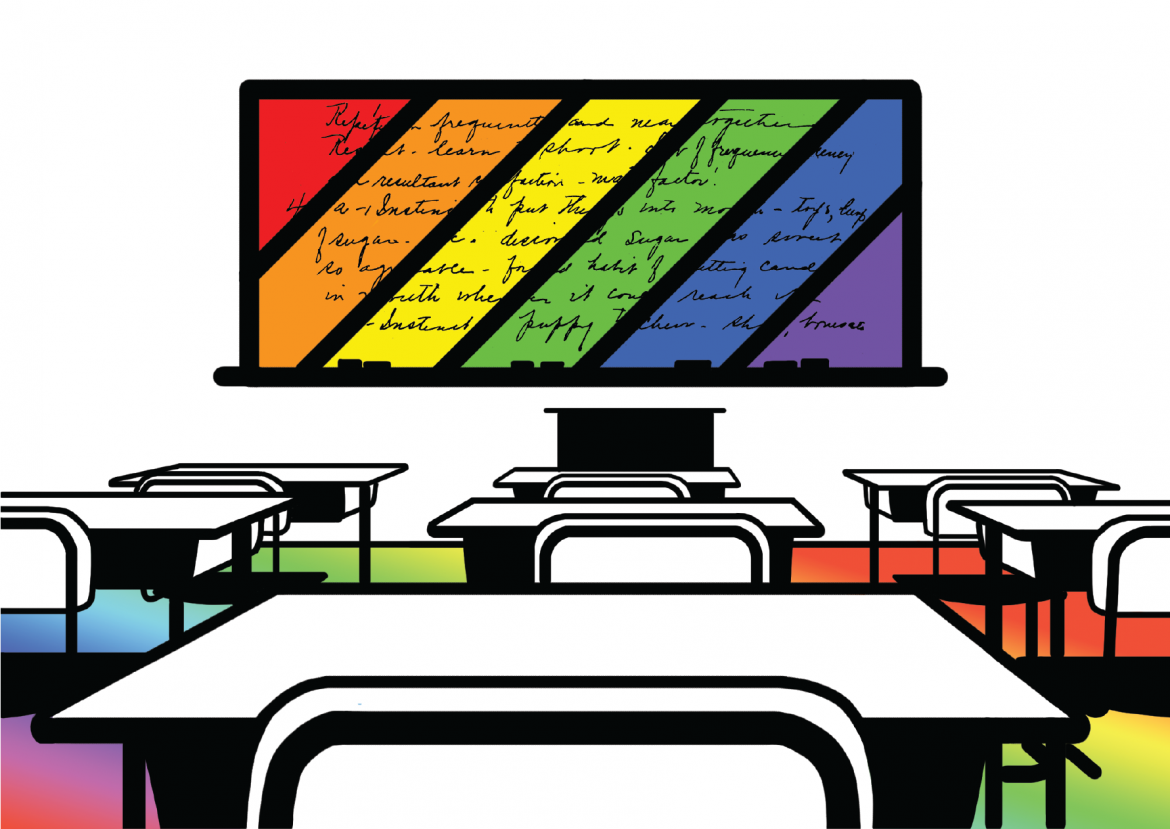 LGBTQ+ curriculum in SPUSD schools would promote tolerance, making the community a safer and more accepting environment for all people.

During a school board meeting on June 11, parents voiced concerns over LGBTQ+ curriculum, including books with LGBTQ+ characters and themes, being taught in South Pasadena Elementary Schools.

Over the past decade, California has passed laws in an attempt to prevent discrimination and create an inclusive environment for LGBTQ+ students. However, many of these laws have been overhauled in the face of parental disapproval. This is a serious issue because children are being denied necessary education, under the premise of their parents’ misguided fears and misconceptions.

Primary schools need to mandate LGBTQ+ instruction in order to create an inclusive and safe environment.

There is no doubt that society cultivates prejudice against people who identify as queer. Queer people are treated as abnormalities and, in turn, are alienated and victimized. South Pasadena is not a perfect bubble of tolerance exempt from the unacceptable treatment of queer people. Many students here throw around “gay” as an insult and even use the derogatory term “f*g.” LGBTQ+ students are not just victim to derogatory remarks and harassed at school. Many also find themselves in unaccepting households.

This hostile environment leads to major consequences. LGBTQ+ people oftentimes will internalize the relentless victimization, leading to unacceptably high suicide and self-harm rates within their community. Lesbian, gay, and bisexual kids are three times more likely to attempt suicide than straight kids, and four times more likely to do so in a medically serious way. LGBTQ+ people are also 2.5 times more likely to hurt themselves each time they become victim to physical or verbal harassment or abuse, and LGBTQ+ youth become more than 8 times more likely to attempt suicide when families reject them (save.org). Education has the power to dismantle the hostility by teaching tolerance. Kids must learn tolerance towards LGBTQ+ people at as early an age as possible, so no one is targeted for their sexuality/gender identity or is subject to bullying from children around them as they grow. Tolerance is taught by normalizing the targeted group. In this way, people see themselves as equal to others and are no longer compelled to single them out. SPUSD’s curriculum includes books with LGBTQ+ characters, which is a great way to approach the normalization of queer people in a manner children will understand.

Schools need to be a safe space. Especially for those who lack this kind of support at home.

Furthermore, it is hard for people to determine their sexuality when they don’t know the possibilities. Oftentimes, these subjects fail to get discussed at home, leaving many confused and struggling with their identity. Simply teaching kids at an early age about possible ways they can identify can prevent confusion that many go through during their adolescent years, when sexual orientation and/or gender identity emerges.

There is also an extreme lack of LGBTQ+ representation in the media. In 2018, a record year for LGBTQ+ media representation on TV, only 8.8 percent of series regulars identified as on the queer spectrum. Film is doing even worse, with just 12.8 percent out of 109 films including an LGBTQ+ character in 2018, down from 18.4 percent in 2017. It’s incredibly important for people, especially targeted minorities, to see themselves represented in mainstream media. Representation signifies to people that they’re normal, capable of success, and not alone. Education has the ability to bridge the representation gap for LGBTQ+ kids.

The foundation of the parents’ message at the June 11 meeting rested on statistics presented by Marengo parent Linda Liu. However, the statistics she used are unreliable and come from a website that has been banned from Twitter for being homophobic.

Fake information is causing parents to falsely believe that the curriculum would “encourage children to internalize and publicize identities at a young age,” when they are supposedly not ready. No one is “encouraging” anyone to come out when they are not ready, and this certainly would not be an “unintended consequence.” In actuality, the curriculum would encourage the establishment of a community that is accepting of all people, regardless of their sexual orientation or gender identity.

LGBTQ+ education is not only appropriate but fundamental for young children to have, as education is meant to prepare people to be positive citizens in their community. It is ridiculous and homophobic to say that young children wouldn’t be able to “handle this information.” It’s necessary for everyone, no matter their age or background, to be tolerant and accepting of all people.

LGBTQ+ education is meant to and would combat homophobia, normalize people who identify as queer, and promote tolerance amongst kids.

What does not have a place in classrooms is narrowmindedness, backed by false information.