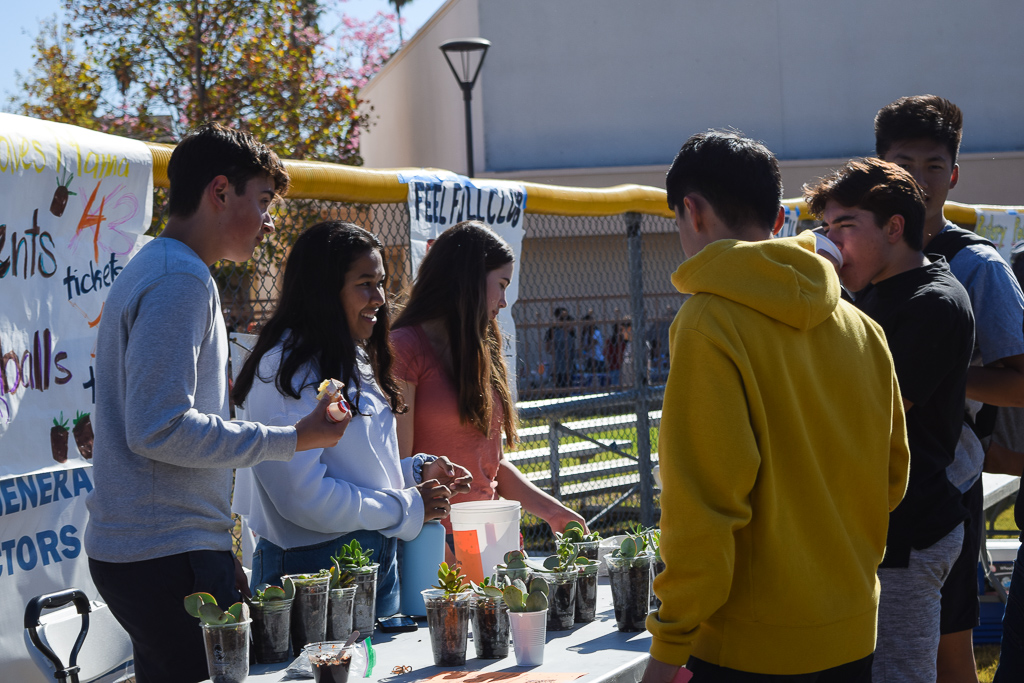 Multiple clubs fundraised with food and games at the annual Homecoming picnic.

SPHS students showed school spirit and supported clubs at the annual Homecoming assembly and picnic on Friday, Nov. 1. ASB coordinated dress up days and lunchtime activities throughout the week to promote Friday’s festivities where students set up booths along the Tiger Patio and softball field for the Homecoming picnic, selling various snacks and drinks to fundraise for their clubs.

During the annual homecoming picnic, clubs offered a variety of food and drink options for students to enjoy. Clubs like Urban Sustainability and Girl Up sold McDonalds and pudding dirt cups. Several SPHS musicians also performed on the Tiger Patio during the picnic.

The Homecoming Dance “A Night in The Floating City” will be held Saturday, Nov. 2.

Look for more coverage on the Homecoming festivities, game, and dance online and in Tiger’s upcoming November print issue.