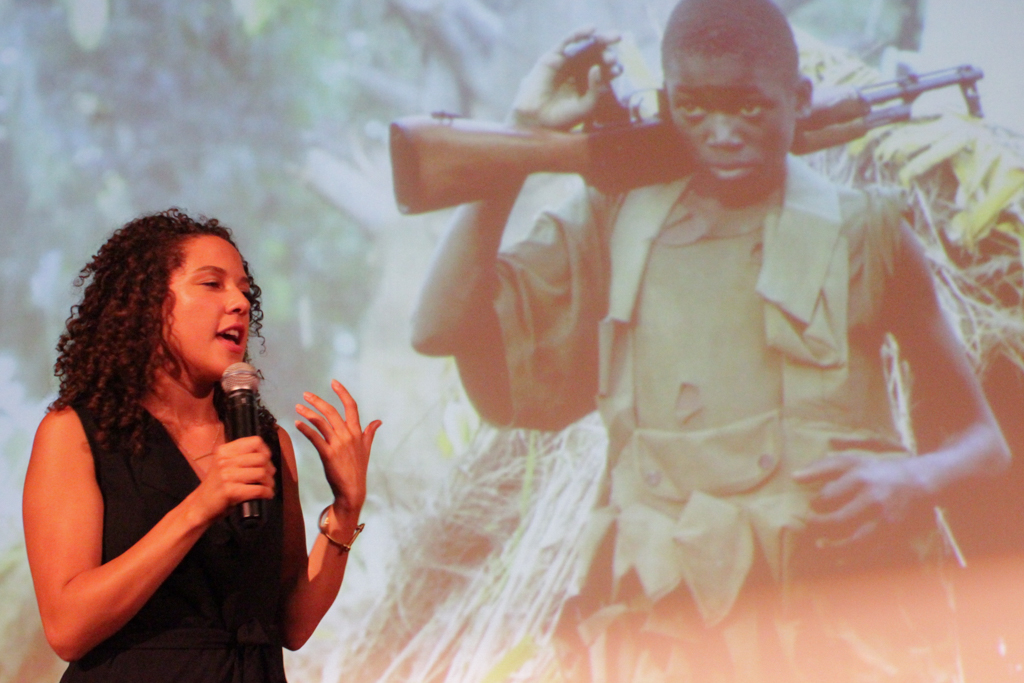 Natalie Warne, an activist and speaker, shared her story and advice to SPHS students.

The speech was split into two assemblies: the first intended for freshmen and sophomores, and the latter for upperclassmen. Warne’s background and ideas shared similar themes with the school’s summer reading books, Just Mercy by Brian Stevenson and the graphic novel March III, by John Lewis— both centering around civil rights and racial equality.

Warne’s speech focused on community involvement, specifically youth advocacy. She stressed the importance of “anonymous extraordinaries,” selfless individuals who work in the background to promote change. She demonstrated, through her own experiences, that everyone can make a difference in this world.

“You don’t have to be a politician or have money to make a difference,” Warne said. “Just find something you believe in and do something about it.”

Shelee Wilkerson, the school librarian and member of the Tiger Reads committee, was impressed by Warne’s performance in the assembly.

“The comments I got afterward were positive. I really felt there was a good number of students that got something from it,” Wilkerson said.

In past years, SPHS students were required to read three independent novels and write short responses upon their return. Under the new program, teachers across all grades and subjects will use the selected book within their curriculum. The SPHS English Department has begun holding debates and assigning essays on the main ideas and themes in the two books.

Wilkerson hopes that the program will continue to host assemblies in the future, recognizing its dependence on South Pasadena Education Fund (SPEF) funding.