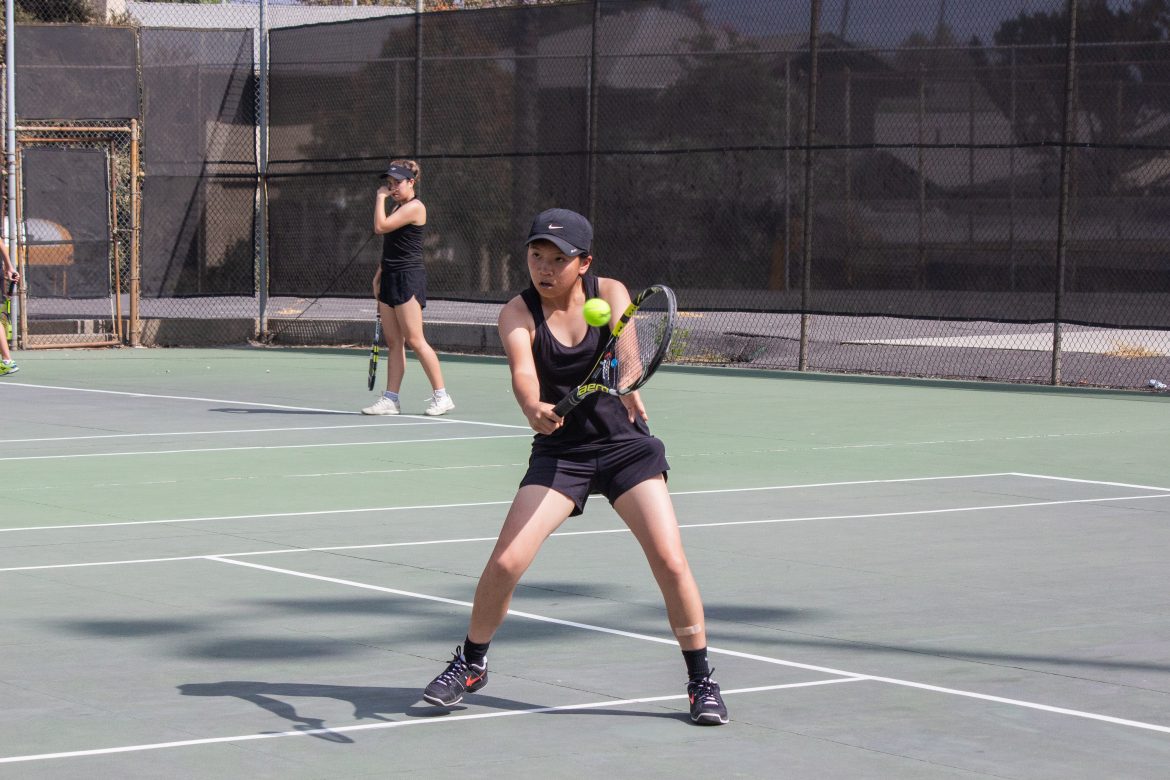 The Tigers will face Monrovia next week in their penultimate league match.

The SPHS girls’ tennis team suffered a 11-7 loss to the rival San Marino Titans at home on Thursday, Oct. 11. The loss drops the team’s league record to 3-3.

The talented SPHS singles squad was able to win the majority of its sets, earning six points for the Tigers. Singles one, senior Shannon Huang, took two sets 6-4 and 6-2, but could not defeat her third opponent, losing 6-2. Sophomore Carissa Park, singles two, dropped her first set to the same opponent whom defeated Huang, before quickly recovering and winning her two final sets 6-3 and 6-0. Singles three, senior Rachel Park, easily won two sets 6-0 and 6-1, but lost her third with a 6-1 score.

The SPHS doubles team was unable to win more than one set against San Marino’s near-flawless play. Doubles team one, sophomore Talulla Chow and junior Teryn Kum, was the only team to win a set, winning 6-3 but finishing unsuccessful in its next two sets with losses of 6-2 and 6-0. Sophomores Olivia Reed and Lena Kushigemachi, doubles team two, perished against the Titan’s methodical gameplay, losing three games 6-0, 6-1, and 6-3. After falling short of a victory in their first set, senior Sheila Li and sophomore Skylar Cornforth failed to rebound, losing their last two sets 6-0 and 6-1.

The team will play away on the road against Monrovia on Tuesday, October 16.