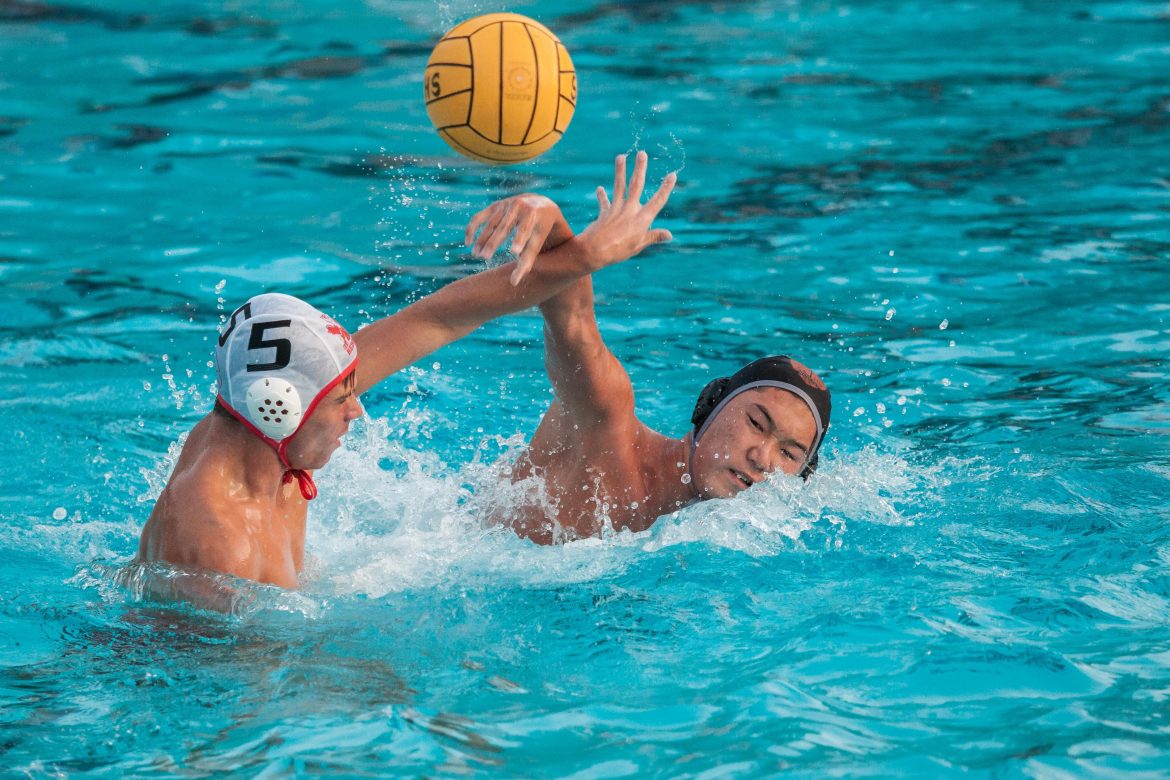 The Tigers couldn't close the gap after falling behind early, ultimately losing 9-5.

Boys’ water polo fought with vigor in the first round of CIF against the Redondo Union Sea Hawks, but were defeated by their opponents by a final score of 9-5, eliminating them from CIF playoffs. Despite South Pas trailing by only one in the third quarter after a masterful comeback, Redondo Union’s continuous pressure gave little opportunity to South Pas throughout the entire match.

Redondo Union kicked off the first quarter with the opening possession. However, sophomore Liam Markus blocked the enemy’s offensive attempts with ease. Following freshman Egan Hadsell-Florin’s remarkably close lob that connected with the side of the opposing net, freshman Owen Imasaki secured the first goal of the game with a mid-range skip shot. However, Redondo Union’s brawny players hit back with powerful shots that were only able to be hindered by the two-man defense of Markus and sophomore Eddie Lane-Flannigan. South Pas’ unreliable defense was broken by the overwhelming opposing shots and rebounds, leading to a streak of three goals for Redondo Union. The Tiger offense gave fuel to the fire, with numerous passes being intercepted by the Sea Hawks. Markus managed to hold up the crumbling Tiger defense with harrowing saves until the end of the quarter. The first quarter concluded with a 3-1 lead for Redondo Union.

Junior Evan Kowal dashed at the whistle at the beginning of the second quarter to secure the first possession. Although, the following skip to Lane-Flannigan garnered no success as Lane-Flannigan was drowned by the Sea Hawks. The Sea Hawks maintained their pressure during an attempted lob by Hadsell-Florin, and continued to force turnovers as they did in the first quarter. An inside pass from Redondo Union allowed for a crafty backwards throw that caught Markus off guard. Kowal and Lane-Flannigan attempted to retaliate with skip shots, but both were blocked at close range. Fortunately for the Tigers, a Sea Hawk foul on Lane-Flannigan enabled a five-meter score by Imasaki. By half, South Pas was still behind Redondo Union 4-2.

The third quarter saw hope for the Tigers after an evidently encouraging talk during the half. Sophomore Maven Palacios possessed the ball twice and nearly scored both times, if not for the sturdy blocks of the Redondo Union defense. Junior Hyun Kim exuded pressure on the enemy during Redondo possession and managed to prevent any opportunity at the left flank of Markus. Hadsell-Florin landed a lob into the corner of the Redondo net, as Markus continued to make saves in the face of formidable shots. Although two shots made it past Markus, Imasaki made up for one with an impressive spin to avoid Redondo defense that culminated with a precise slam into the net. Both teams held their own until the third quarter buzzer rung, with a score of 6-4 in favor of Redondo Union.

Lane-Flannigan opened the fourth quarter with a juke on several Sea Hawk players and landed a corner goal post lob. The one point difference didn’t last long, as Redondo Union rocketed a high shot over Markus’ reach. Both an inside shot by Kowal and a skip shot by Eddie Lane-Flannigan were blocked, as another Redondo powershot slipped through the Tiger defense. Realizing the ticking clock was close to reaching double zeros, the Tigers pushed harder than ever. However, the Sea Hawks superior brawn and continuous turnover-forcing play prevented any promising results. A final score by Redondo with only a minute left on the scoreboard secured their win. The well-fought match between the Tigers and Sea Hawks concluded with a final score of 9-5 and the advancement in CIF for Redondo Union.

After finishing league with an impressive 8-0 league record, boys’ water polo first round defeat signifies the end of their run in CIF.