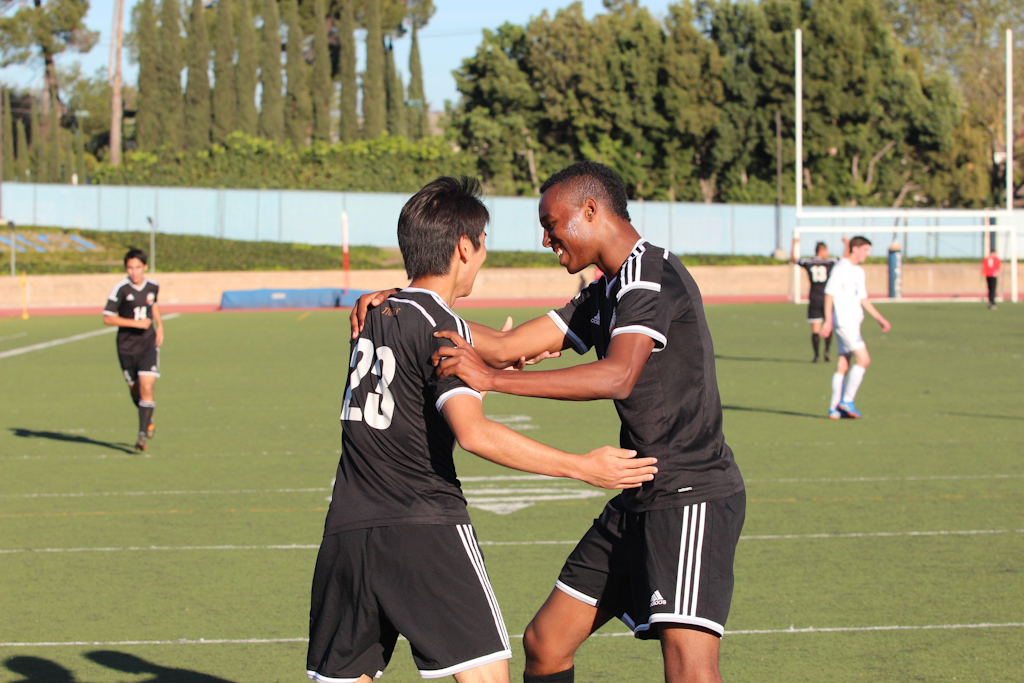 The boys’ soccer team went into its last league game against San Marino in a must-win situation in order to clinch the Rio Hondo League title. Despite the added pressure, the Tigers dominated on both sides of the field and defeated the Titans 4-1, ending the regular season first in league.

“We knew coming into this game that we need a win and we put everything we had onto the field.” junior James Tulin said.

San Marino started the game out strong, but a combination of speed and ball handling by South Pasadena gave the Tigers many opportunities on goal. After several close shots, senior Kevin Yonami managed to dribble past several San Marino players and score, putting South Pasadena up 1-0. The Tigers continued to dominate the ball, going up 2-0 as after a cross by senior Ramon Gutierrez flew over a San Marino defender to senior Jordan Jackmon, who found the back of the net. The Tigers scored again as Junior Oskar Hernandez found the goal just before the half, giving South Pasadena the lead, 3-0.

As the second half began, the Titans picked up the energy as the Tigers started to slow down. San Marino was able score off of a header, cutting South Pas’s lead to 3-1. This added confidence, however, soon faded away as South Pasadena picked up the intensity and dominated the rest of the game. Junior Chris Brady gave the Tigers its last goal of the match after he scored off of a free kick from Gutierrez, ending the game 4-1.

“We lost a lot of great seniors last year and we didn’t think we were going to do to well this year,” Jackmon said. “Our first goal was to make it to CIF, and our second goal was to win league. So it comes as a big shock to everyone, but I’m happy for the team and I hope we will have a good run in CIF.”

South Pasadena’s league record now stands at 7-1-2, good enough for first place in the Rio Hondo League. The Tigers now have time to prepare for the Division 6 CIF playoffs, with brackets being released on Monday, February 16.

“We worked really hard especially against Monrovia,” senior added.  “We then had a scare when we lost to Blair. But despite that loss, it’s nice to know that we can bounce back and still take league.”