Boys’ basketball breezes past Burroughs Ridgecrest for CIF round 1 victory 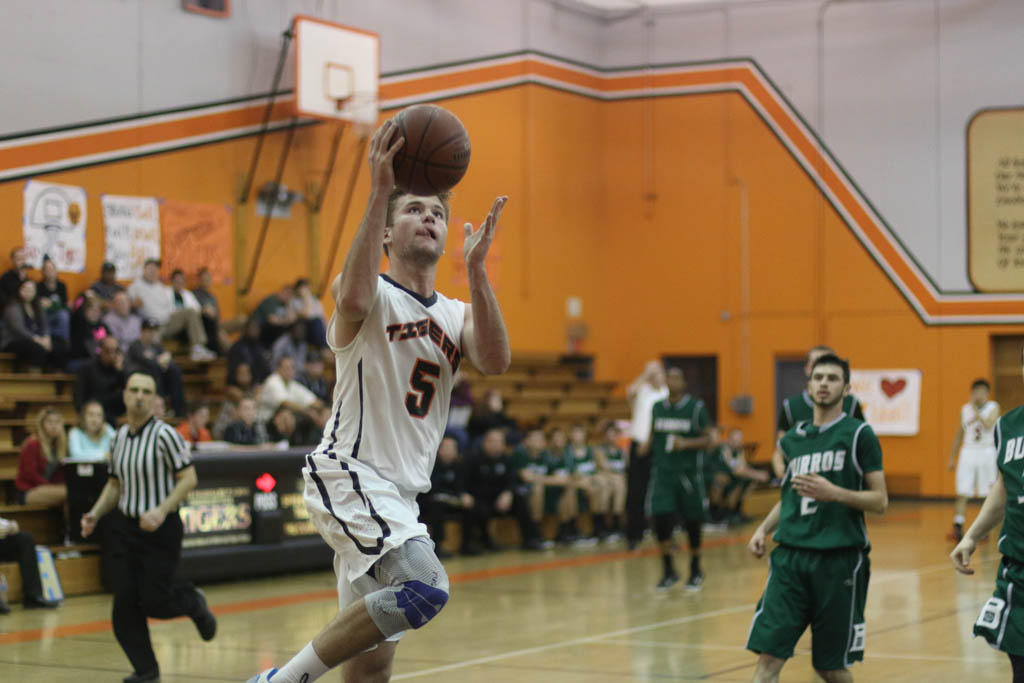 The South Pasadena boys’ basketball team rode its momentum from winning the league title last week into the first round of CIF playoffs, beating Burroughs High School of Ridgecrest 67-49 tonight at home in the first round.

Senior Christian Lee shook up his defender and pulled up for a three to score the first points of the game for South Pas. The Tigers never looked back and fueled their offensive firepower throughout the first quarter. Junior Raymond Arismendez was receiving open looks as he knocked down two catch-and-shoot three pointers and a two point jumper to spark eight points and allow South Pas to open up the game with a strong statement. The Tigers converted 18 while allowing the Burros 11 points in the first quarter.

The Tigers controlled the flow of the game going into the second quarter. Senior Joey Toyama was able to weave through three Burro defenders for a fastbreak layup off of a steal and score a three pointer the next Tiger possession to complete a quick five points. Junior Max Luck filled his roles of protecting the basket and securing rebounds on both ends of the floor. Such Tiger offense and defense proved overwhelming to the visiting team as South Pasadena outscored Ridgecrest 19-8 in the second quarter. The Tigers held a comfortable 18 point advantage with the scoreboard showing 37-19 at the end of the first two quarters.

South Pas cruised by the second half as it did in the first half. The Tiger offense did not show any signs of ever cooling down as junior Greg Luck completed an impressive alley oop play from Toyama’s long range pass to excite the crowd. The Tigers did not make any room for the Burros to make progress in chipping away at the large deficit. This trend carried over into the fourth quarter, where with five minutes left in the period, Tigers’ coach Dave Lutzeier took out all five starters to empty out the bench. Fan favorite junior Michael Partida hit a deep three to throw the crowd into a frenzy, reanimating the Tiger crowd until the buzzer rang. Every supporter stood up at the end of regulation in congratulations to South Pasadena’s blowout 67-49 victory to advance to the next round of CIF playoffs.

“We came out strong right from the start and never let up,” Toyama said. “We hope to bring out the same level of energy into the second round.”

The squad is looking to stay out of elimination from the postseason with a second round victory against the Servite Friars at Servite High School on Friday 7:00pm.