Why I don’t eat meat 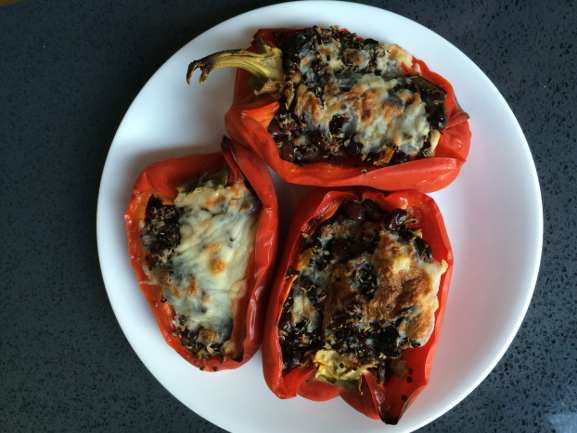 After a long time thinking about the food industry’s abuse of animals, it literally became impossible for me to stomach. Every time I sat down to eat, I couldn’t get the images of the brutally mistreated creatures out of my head. It’s something that most people don’t like to think about, but I think it’s important to address and actively protest. I made a decision to become a vegetarian and plan on ultimately becoming a vegan. Since then, I haven’t looked back.

Many people ask me why I no longer eat meat, but my question to them is, “Why do you still eat meat?”

Most say that protein is an essential part of their diets and eating meat is simply the easiest way to get all of the nutrients they need. They also go on to say that many vegetarians resort to processed foods out of convenience, consequently having less healthy diets. While these statements are true, they are just obstacles which vegetarians must overcome, not things that should deter people from eating meatless diets.

At the beginning of my transition, I struggled to keep a balanced diet, because I didn’t know many other ways to get the protein I needed as a growing, teenage athlete. The easiest way for me to stay on top of my food intake was to track the things I was eating with food logs. It was a real task for me at first because I’m extremely forgetful, but after I developed a process, writing down everything in my logs provided me a visual to help guide me with what I needed to supplement or reduce.

I also ran into issues with planning meals and grocery lists, because my diet was very meat-centered. I actually became a pescatarian at first, meaning I continued to eat seafood, in order to get enough protein while finding new sources of it. However, after some time trying new recipes, I fell into a rhythm and I now I don’t have nearly as much trouble organizing my daily meals. It really helped to follow vegetarian food blogs which post schedules with healthy protein alternatives to then incorporate into my diet.

As an athlete who used to love eating massive amounts of meat, I understand both the need and desire for it. However, my decision to alter my diet has positively affected everything from my health to my happiness. By closely watching my nutrition, I was not only able to ensure I had enough protein, but also to remove the large amounts of processed food I was eating.

I’ve bonded with so many people over my shared dietary restrictions, helping me feel like part of a community. It’s my goal to end animal abuse through collective determination.

Steps:
1) Cut each pepper in half, discard seeds.
2) In a saucepan add 1 and 1/2 cup water to the quinoa, bring mixture to boil. Close lid and bring it to simmer until all liquid is absorbed by quinoa, set flame to lowest setting about 15 min. Let it cool.
3) Heat 2 tbsp of extra virgin olive oil in a skillet, put celery, carrot, onion, and mushroom into skillet with 1/2 tsp salt. Saute until mixture soften, add oregano, take off heat, let it cool down.
4) Mix cooked quinoa, mixture of vegetable, eggs, cheese well  together. Divide the filling among peppers. Put pepper in a roasting pan, cover with foil. Bake in a preheat oven 400 degree F. for 40 min.

5) Take the pan out off oven, put shredded mozzarella cheese on top of peppers. Put pan back into oven under broil for 2 min.

Photos of the week #2