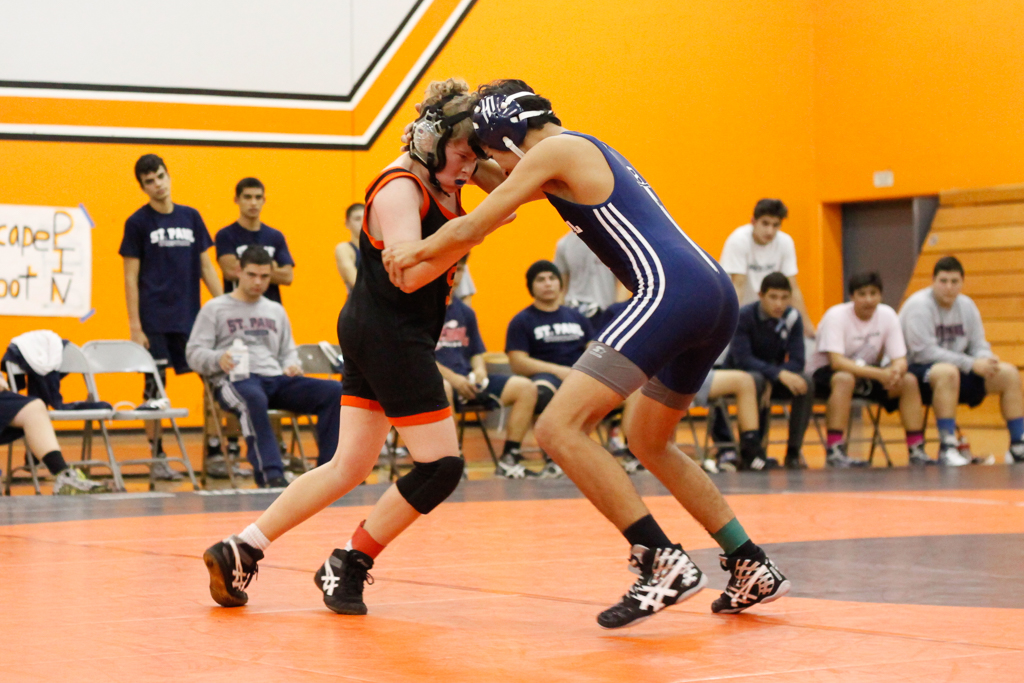 The wrestling team concluded its first week in league 0-2, suffering losses to San Marino and St. Paul High Schools on Tuesday and Thursday, January 6 and 8 respectively. Despite their best efforts, the Tigers failed to prevent the Titans from sweeping 70-0 at an away meet, and fell to the Swordsmen 45-25 atSPHS two days later.

“I was happy with most of our performances; we did everything how we were supposed to,” Shuton said. “We’re going to take the loss and learn from any mistakes.”

The team’s match against St. Paul proved to be considerably more competitive than their previous duel, with the Tigers’ best performances appearing in the light-to-mid-weight classes. Junior Sornoso and senior Nour Elsayed won their matches by hard-fought points, while seniorAngel Amaral seized an offensive opening to pin his opponent in his second round. Junior Caleb St. Julian maintained an 11-7 lead until his last round when he was pinned following a swift reversal, and senior Julian Lopez lost his round at a close 9-7 after a last-minute takedown by his opponent.

The Tigers’ lack of experience in the upper weight classes showed during the battle against the Swordsmen. Four consecutive pins in the final matches afforded St. Paul 24 points, widening the gap beyond recovery for South Pas.

“As always, we plan to train hard and continue improving in preparation for our next tournament,” sophomore and heavyweight Michael Zepeda said.

The Tigers participate in the Juan Enriquez Memorial tournament at John Glenn High School on Friday and Saturday, January 9 and 10. The next league event will be a home meet against Monrovia on January 15.