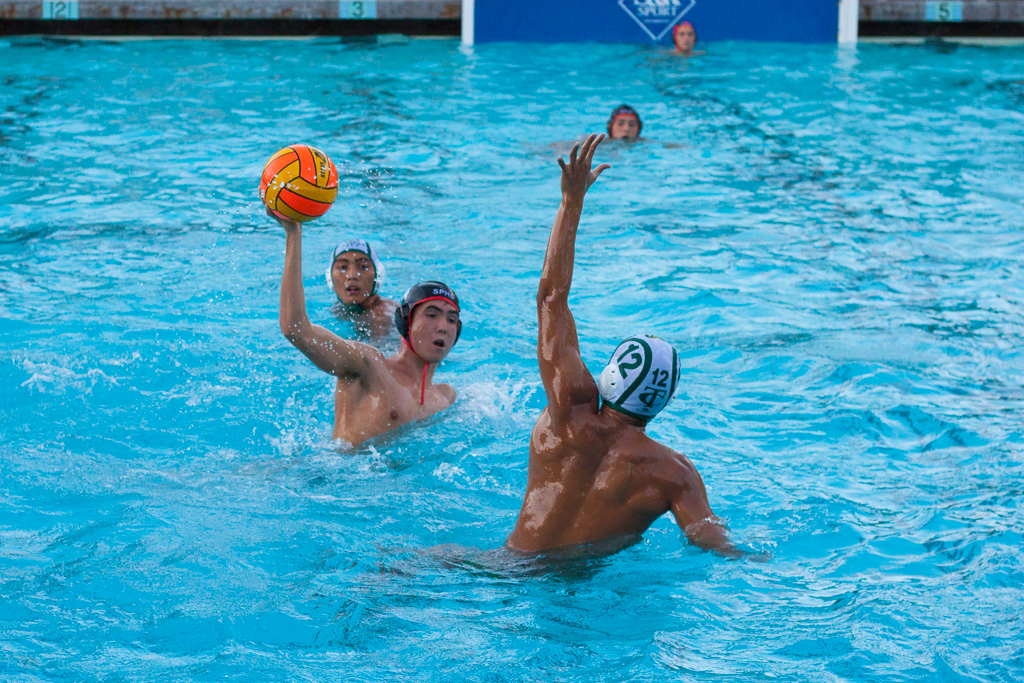 League play and hopes for a CIF berth were brought to a conclusion for boys’ water polo Thursday evening with a 14-11 loss to Temple City in the Tigers’ pool.

The match kicked off quickly with 5 shots scored by the Rams in the first quarter. The Tigers combated Temple City’s aggressive offense to the best of their ability, and sophomore Spencer Gurley woke up the offense scoring one, followed up by sophomore D.J. Myer who fired in two. The period ended with the Rams in the lead, 5-3.

Myer scored another goal by the end of the half, alongside sophomore Cameron Benitez and senior Ryan Rodriguez, who each launched two in. The Tigers continued to trail 9-6 at the half.

The squad fell behind further in the third despite impressive shots by sophomores Leo Sonner and Vaughn Huelsman, and came out of the third period behind 12-8.

Senior goalkeeper Will Renken had racked up nine saves at this point, and exhaustion got the better of the overworked captain. He was replaced by sophomore Matthew Wright at the start of the fourth. Sophomore Benjamin Schroeder, Rodriguez, and Renken each scored a goal in the final period. Wright managed three saves, but wasn’t able to keep the Rams from scoring two more. The match came to a close 14-11.

The loss erased the Tigers’ chances for a spot in CIF, bringing their Rio Hondo record to 3-5 and dropping their league ranking to fourth.

The squad may not have had the league season they were striving for, but the sophomore-heavy team looks forward to a year of further developing the skills gained as first-time varsity players and preparing for the 2015 season.

“We have eight guys returning on varsity for the next two years,” Renken said. “With some hard work over the offseason, there is no reason they won’t bounce back next year and do very well in both league and CIF.”