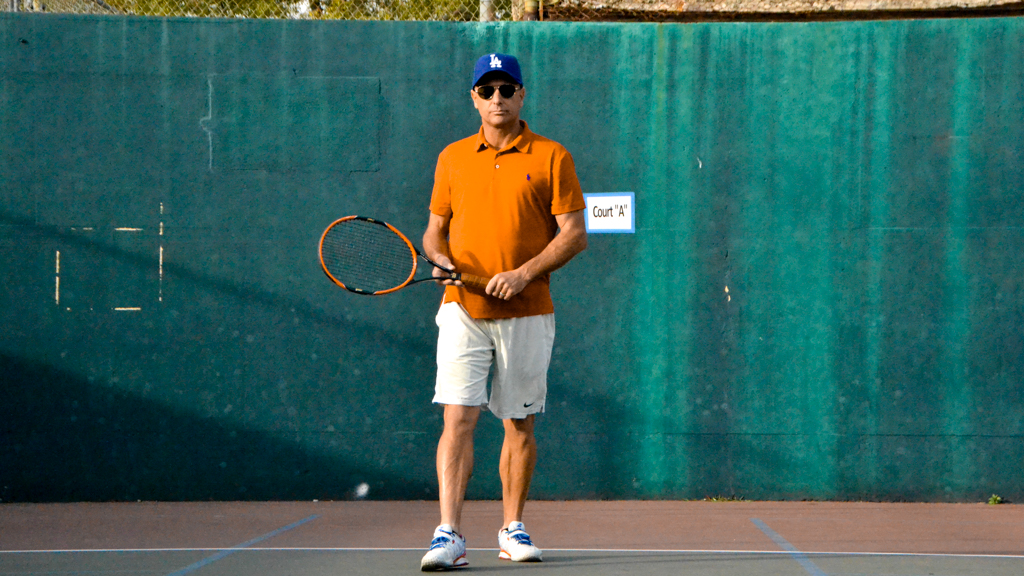 Sean Taroli was hired as the tennis coach last year. He recently left his coaching position at SPHS.

SPHS varsity tennis coach Sean Taroli has left the athletic coaching staff just days before the start of the boys’ tennis season. Taroli’s exit came a little after a year of leading both the girls’ and boys’ varsity teams, who both had a 2-6 season record during that period. SPHS alumna Karina Akhmedova will take over Taroli’s position as of this week.

Prior to Taroli leaving, several tennis players expressed their frustration. Three varsity boys players quit the team, attributing their decision to the way Taroli ran practices and his overall attitude and behavior.

According to several varsity players, practices would often encompass two players challenging each other on the court while the rest of the team sat on the sidelines and watched while Taroli gave commentary. Taroli was hired before the start of the boys’ season last year after the previous varsity tennis coach left during the girls’ fall season. He was the third coach to lead the SPHS varsity tennis program in three years.

SPHS Athletic Director Greg Luna noted that issues regarding Taroli’s coaching were brought to administration by different parties, including players and their parents. Luna also observed Taroli’s behavior at practices and games and says that Taroli did receive feedback from the school addressing those issues, but that the coach did not make the changes necessary.

“There was just a difference in philosophies as far as the kind of guidance that we ask our head coaches to give our youngsters.” Luna said. “So things that have to do with competitiveness and sportsmanship, helping them overcome obstacles, it just didn’t seem like Coach Taroli was going to be able to foster that type of behavior in our kids.”

Taroli took to his personal Instagram in response to his leaving, captioning a picture of a broken tennis ball, “‘[t]his is the person who has attacked me for the past year, so you know it’s personal,’ he said, blaming reports of a dramatic and combative exit on ‘one individual who has a personal vendetta against me.’”

As the boys’ season continues, the school has hired a new head coach for varsity tennis. Akhmedova is no stranger to the SPHS tennis program, as she was a player on the girls’ varsity team that won the Rio Hondo League championship in 2007. Akhmedova previously coached the junior varsity team in 2015.

The boys’ varsity team will continue its preseason with a matchup against Mark Keppel on Thursday, March 8. Their season record currently stands at 4-1.

Update: This article has been updated for clarification with regard to Taroli’s departure from the tennis program at SPHS.