Vaccine distribution to health care workers has primarily concluded and appointments for people over 65 have been available for the past two weeks, although many have had difficulties navigating the process.

California organized the vaccine distribution into Phases 1A, 1B, 1C, and 2, and they are being administered at pharmacy chains, hospitals, and large-scale vaccination sites like the Forum and Dodger Stadium. The two vaccines, Pfizer and Moderna, are distributed in two doses at least 21 and 28 days apart, respectively. 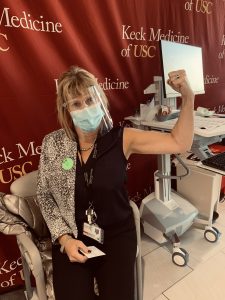 Phase 1A, which consists of healthcare workers, is almost complete in L.A. County. Phase 1B, comprised of people over 65 and high-risk non-medical workers began its first tier in mid-January. Phase 1C — 50 to 64-year-olds, low-risk workers, and 16 to 49-year-olds with underlying health conditions — is expected to begin in the spring. The proposed but not approved Phase 2 is expected to begin in mid-May or early June and will include 16 to 49-year-olds with no high-risk medical conditions. 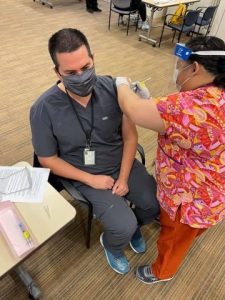 Even though vaccination appointments have been available to seniors for over a week, many have expressed frustration with navigating the process.

“When it was announced the fact that they were vaccinating people who were 65 and over, I started hunting for a vaccine in L.A. County,” senior resident Maria Morales said. “I was using the L.A. County website, [but] when I got to the page where you can make an appointment, they wouldn’t tell you that no appointments were available; they would just kick you back to the beginning. So I kept on trying and trying, and finally I realized… there were no appointments available. It was pretty frustrating [because] my friends were getting appointments… and I couldn’t figure out what I was doing wrong. So I tried the Dodger Stadium one and it took me about half a day but I was finally able to get an appointment for my husband and [myself].” 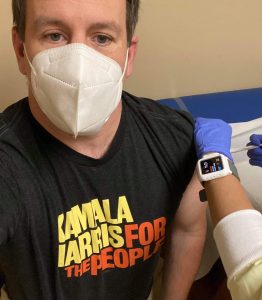 Health officials have urged community members to get the vaccine when they have the opportunity to do so, regardless of the unlikely side effects.

“I hope that people will trust the science and get the vaccine when they are able to,” Dr. Tina Yu, a local OB-GYN, said. “I had only injection site arm soreness. However, about 10 to 15 percent of people do have significant side effects from the vaccine 12 to 36 hours after receiving the shot, due to their immune response. People just need to be aware of that and be mentally prepared for it and take over the counter analgesics/fever reducers as needed.” 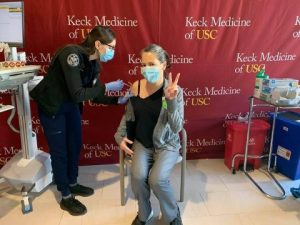 California currently ranks in the bottom 10 states for vaccine distribution due to a combination of factors, including lack of resources and insufficient staffing. South Pasadena’s coronavirus case record as of Thursday, Jan. 28 was 1,170, a threefold increase over the past two months. Thus, health officials urge residents to follow coronavirus safety regulations even as people begin to get vaccinated.

“We need to continue the social distancing and health protocols,” Yu said. “It will be many months before the majority of people are vaccinated and we should do our best to minimize spread in the meantime. Even though the vaccine is 95 percent effective, you never know if you are part of that last 5 percent, so it is best to still be careful.”

L.A. County’s vaccine supply is “extremely limited,” but appointments for those over 65 are periodically available, with the rest of Phase 1B starting in early February.