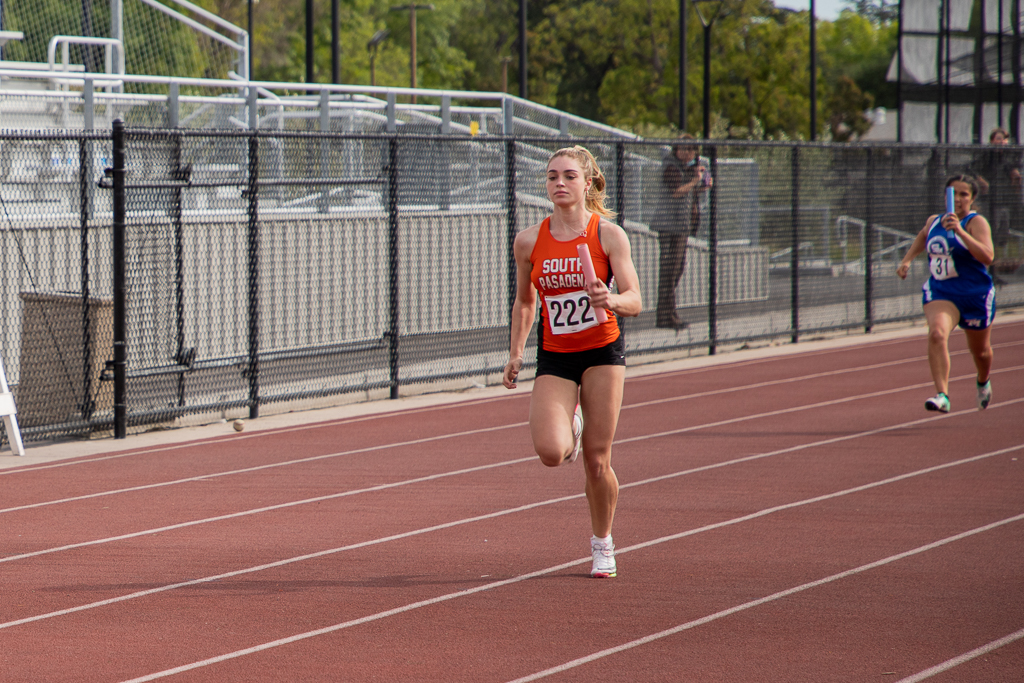 Of the 19 Tiger athletes who competed, four qualified to run at the CIF-SS Masters meet.

In the girls 4x100m relay, freshman Jacqueline Sides, sophomore Lyla Keller, junior Annalea Pearson, and senior Skye Harris finished in sixth place in their Division 3 heat with a time of 49.17.

Freshman Abigail Errington earned fourth in her girls 1600m heat, finishing with a time of 5:02.35. Senior and Berkeley commit Sydney Morrow was in eighth, running a 5:47.00.

Keller was the only Tiger in the 100m dash and finished in eighth place with a time of 12.44.

Sophomore Keeran Murray’s time of 1:55.62 in the boys 800m earned him third place. That puts him as the first alternate for the event, and it is likely he may run at Masters. Senior Jason Baek was right behind him, finishing in ninth place with a time of 2:02.11.

Senior Niko Lawrence finished fourth in the boys high jump with a height of 6’2, which qualified him for Masters. The Citadel commit Averell Chen earned 11th place in the boys pole vault.

Senior and Berkeley commit Nik Iwankiw continued his dominance in shot put, adding another first place finish to his resume with a 59-10 mark. Iwankiw also earned second in the boys discus throw with an outstanding mark of 172-5. Both these marks put him on the roster to compete on Saturday, May 21.

Senior and UC Santa Barbara commit Noah Leider finished in seventh place with a 49-10 mark made in his fourth and final attempt.

South Pasadena had a successful showing at CIF-SS Finals, and will send Iwankiw, Lawrence, Holden, and Murray to the CIF-SS Masters meet on Saturday, May 21. Anyone who qualifies from there will advance to the CIF State Championships which hosts athletes from all over California at Buchanan High School on Saturday, May 28.