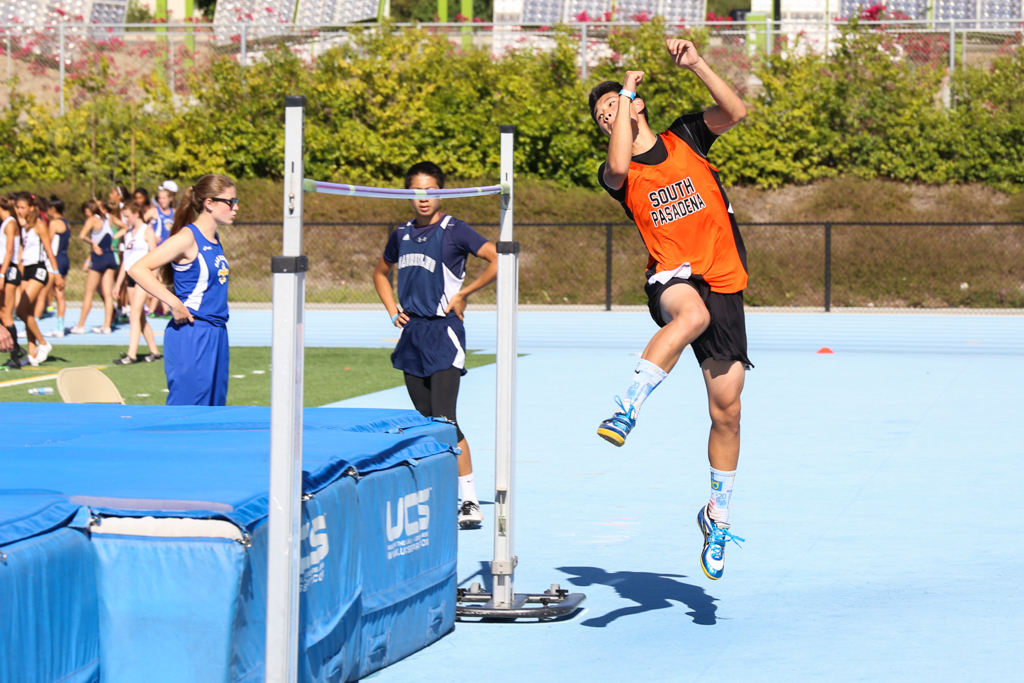 The track team participated in the San Gabriel Valley Championships at San Dimas High School on Saturday, April 23. The Tigers raced the varsity underclassmen at the frosh-soph level in order to try and win. The frosh-soph boys were able to place third overall with the help of varsity athletes such as sophomores Oliver Chang and Jack Renken, while the frosh-soph girls took home the championship title, fueled by many points from freshman Christina Taylor and sophomore Cayley Whitman. Those competing on varsity were able to find success in their respective events, and both boys and girls earned fourth place out of 43 boys teams and 36 girls teams.

Junior Kieran Press-Reynolds was put in the 1600 meter champions’ heat, and was able to place sixth out of some of the top mile runners in San Gabriel Valley with a time of 4:26.70. Press-Reynolds and senior Amador Lagunas also competed in the 800 meters, and placed 22nd and 20th overall out of 37 racers. Senior Jonathan Jackson-Williams garnered third in both the 100 meter and 200 meter dashes with times of 11.22 and 22.79 seconds. In the high and long jumps, junior Max Schoerner took fourth with jumps of 5’8” and 19’8.5”, respectively. Senior Esteban Suarez placed eighth in the long jump, but impressed in the pole vault with a height of 15 feet, which allowed him to easily win first and set a meet record. Suarez would also be named the Boys’ Athlete of the Meet.

Senior Alexis Mora tallied up more points for South Pas by taking third in the 400 meters with a strong time of 1:00.12. In the long jump, junior Kate Kutzer also placed second in the high jump at a 5’4” height. Senior Maaike Wielenga also competed in the 3200 meters, though she was unable to place in the top three. Though it was at the frosh-soph level, Taylor ran a 59.65 second 400 meter dash, which would have let her place third at the varsity level. That time also set a meet record.

Though not many of the Tigers raced at the varsity level, the meet was used as a way for all of South Pas to prepare for league finals and CIF, for those that qualify. South Pas is confident that it will continue to achieve strong results in the upcoming preliminaries on Tuesday, May 3 at the Tigers’ home track.

Boys’ volleyball honors seniors with a sweep of San Marino