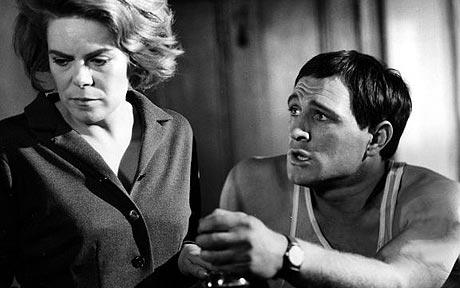 This  review will take a look back at a classic, yet forgotten, film through a modern lens in an effort to reintroduce it, especially to a contemporary audience.

This Sporting Life was released in England on July 16, 1963 and was nearly universally panned by audiences of the time. Barely anybody went to see the movie during its theatrical release. Film historians say that the movie credited so badly at the box office, production companies altogether refused to fund films sharing its genre.

But, in the 52 years since its release, this film has been revered as a cinematic masterpiece, greatly influenced modern cinema, and been added to the Criterion Collection, a selection of movies that have greatly influenced general culture and the media of film making. But this begs the question: is the movie truly as astounding as it has come to be known, or is it as awful as it was known to be at its release?

The nearly two and a half hour neorealist epic tells the story of Frank Machin (Richard Harris), a lower-class coal miner living Yorkshire where he shares a small house with Mrs. Margaret Hammond (Rachel Roberts), a widow, who has been embittered by the death of her husband. After a night of drinking in a pub, Frank runs into the local rugby team. Drunk and fueled with jealousy at the team’s success, Frank starts a fight with them. After seeing his strength and ferocity in the fight, a recruiter for the team (William Hartnell) offers Frank a tryout. He earns a spot on the team, and quickly soars to the top of the rugby world.

Despite its name, this film does not focus on Frank’s time playing the sport. It falls into the genre of “kitchen sink realism.” This genre arose during the 1950’s and 60’s in England and drew inspiration from the working class people to explore social and political issues. This Sporting Life is no different. Director Lindsay Anderson focuses on Frank’s character and his miserable personal life to represent the sense of working class oppression that defined this era in British history.

The story of Frank Machin is presented in black and white, which gives the small English town of Yorkshire a very depressing atmosphere. This artistic choice was a good one, as the bleak, sad story the movie tells matches the bleak, sad setting in which it takes place. The cinematography also helps showcase the tale of Frank’s life. The scenes of him alone in his room or at a bar are all slow paced, while the few shots of him playing rugby are fast paced and use quick cuts to emphasize the hectic action.

The more the audience learns about Frank, the harder it is to like him. He is a miserable, insecure, belligerent drunk with few redeeming qualities, but is still an extremely interesting character to watch. By presenting a scene that depicts Frank blackout drunk at a party to a shot of him laughing and playing with Mrs. Hammond’s children, the film reveals every side of this angry and awful yet somehow compelling man.

Despite its initial failure, This Sporting Life proves to be a truly astonishing film with very few flaws. It deserves all the praise it has come to receive for it is beautifully shot and a captivating story.

Photos of the Week #4: Hana Tyszka