Top Posts
Photos of the month – February
Residents condemn Caltrans’ use of law enforcement to...
Reopened outdoor dining boosts profits and morale
Mental health cannot be commercialized
SPHS dominates in first league meet of the...
City reaches $450,000 settlement over Marquez officer-involved killing
The current system of education cannot be tolerated...
Community applauds elementary school TK to 2 reopening
The process of military recruitment at high school...
Unhealthy relationships should not be glorified
Home Color Day 2015 Issue There Ain’t No Such Thing As a Free (or Reduced) Lunch
Color Day 2015 IssueOpinion 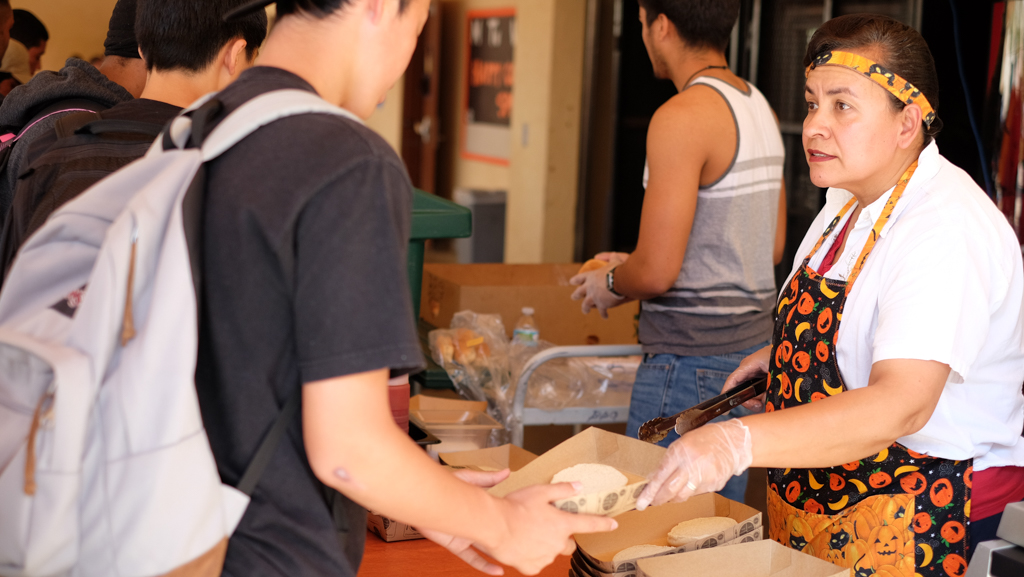 SPHS verifies a mere 3% of applicant by spot-checking, in accordance with federal laws. Of this pool, SPUSD Food Services reports that a staggering 40% are found to have inaccurately reported information and subsequently do not receive financial aid.

While this statistic seems appalling, it is no surprise that a fundamentally flawed system results in many forged applications. An income of even a couple thousand dollars over the federal guidelines does not qualify for the program, resulting in a large disparity in lunch prices. A meal could surge from a mere $0.25 to as high as five dollars, depending on the food items.

For families who are barely above the cut-off, the meal price jump and ensuing spike in other expenses from CollegeBoard and college applications quickly becomes a financial strain. It’s obvious that the system is in dire need of revamping, and a huge fraction of the forgeries stem from this issue.

“It is heartbreaking when a family is honest and trying to make ends meet and then just misses the cut-off––I hate those conversations,” SPUSD Director of Food and Nutrition Michelle Curry said. “[The limits] are set by the feds and we have to follow them.”

Meanwhile, California’s cost of living staggers above 45 other states, but the requirements that must be met to qualify for free or reduced lunch are standardized across the nation. There is no question that the same income can yield an entirely different financial situation depending on your location; the logical conclusion is that qualifications for reduced lunch costs should vary from place to place, but that is not the case.

“Graduated meal prices is an interesting idea,” Curry said. “Also, California has long fought for higher income limits due to the cost of living here. Hawaii and Alaska have higher limits, but they haven’t budged on us and New York. I think that would make sense.”

The majority of the flaws in the system stem from the attempt to over-standardize the program. Possible solutions include graduated meal prices proportional to a family’s income as well as a change in Californian guidelines to match its steep cost of living.
There is no simple solution, so it’s time to find a more complex one. It may take federal time and resources, but when what is at stake is families’ well-being and stability, it is unquestionably worth it.