Home Feature TAAGLAA: In search of the perfect taco
FeatureFeaturedTAAGLAAs 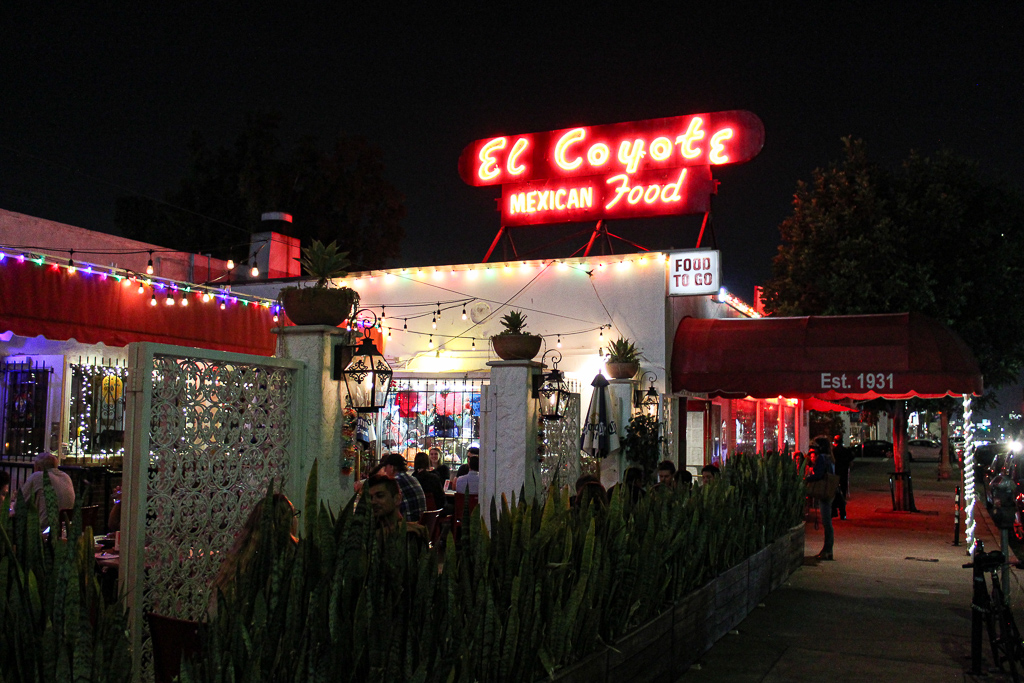 The search yielded some truly delicious results, but the perfect taco has yet to be found.

Los Angeles has, indisputably, the best tacos west of the Mississippi, but my goal was to find the best of them all; the elusive perfect taco. On a brisk Saturday morning, I set off on a journey in search of tacos across the greater Los Angeles area, from the hipster ridden streets of Highland Park to neon Hollywood at dusk.

My first stop was La Estrella, a Highland Park taco stand found on the corner of 61st and Figueroa. La Estrella is on a particularly commercial stretch of Figueroa and thus sees attention from both locals and visitors. I sat down at a table outside, and was immediately taken back by the hand-painted art on the wall of the restaurant, which depicted a colorful, expansive landscape, that utilized the construction of the restaurant to create a feeling of depth, as complex characters would peak out of grates or out from behind walls. Per recommendation of my server, I ordered two lengua tacos, which consisted of some fat cuts of diced lengua, topped with lime and salsa which I wolfed down without stopping for air.

After leaving La Estrella, I made my way a few blocks down to Viva Taco Azteca. Taco Azteca is widely known as one of the best taco trucks in the Highland Park area. After thoroughly enjoying my previous meal, I once again decided to order lengua tacos, which not only superseded the tacos found at La Estrella, but all other lengua tacos I had ever had. The taco consisted of lengua, small, sliced onions and peppers, and a lime garnish. The tender cow tongue melted like butter in my mouth, and the combination of meat and smoky spices elevated my soul to a higher plane of existence.

I was then brought back to reality on a brief bus-ride to Eagle Rock, where I stopped at Cacao Mexicatessen, a personal favorite. I ordered two tacos, one carne asada and one duck, as well as the hot chocolate, which is a Cacao Mexicatessen staple. While the tacos failed to rock my world in the same way Taco Azteca’s had, the hot chocolate was a welcome treat. Unlike American hot chocolate, mexican hot chocolate is far thicker, and filled with a blend of spices that add a third dimension to the simple concept of hot chocolate. As per Eagle Rock usual, Azteca was busting with the local hipster crowd, and I almost lost the group I came with in a sea of beanies and flannel.

The next evening, I once again took to the streets in search of tacos. This time, I embarked on a much longer adventure, navigating the Metro to Hollywood, where I then caught a bus to Melrose and Fairfax. Then I walked to my most iconic destination, El Coyote.

El Coyote was easily the most iconic stop on my journey, as a staple restaurant in Hollywood culture as well as being recently featured in Quentin Tarantino’s “Once Upon a Time in Hollywood.” El Coyote was also missing much of it’s usual luster, as the social distancing measures prevented me from enjoying much of its usual nighttime environment.

Out from the regular grease and grime of the streets of Hollywood emerged the iconic, neon, El Coyote sign.  I ordered two beef tacos, an uncomfortable and unimpressive (word) of bland meat and moist tortilla. My El Coyote experience can be likened to much of Hollywood. Without the star-studded streets and colorful lights, it’s underwhelming, and just like the tacos, largely uncomfortable.

While the locations I visited were only a handful of the many options for tacos across Los Angeles, they go to show that L.A. can cater to all of your taco needs. Whether you wish to enjoy the best taco of a lifetime, a quiet and calming restaurant environment, or an iconic and yet almost certainly underwhelming Hollywood destination, L.A. surely has the taco for you. While I may not have found the perfect taco,  I can rest easy knowing it is out there somewhere in the bright and bustling streets of L.A.