Students spend “A Night Among the Stars” at Winter Formal 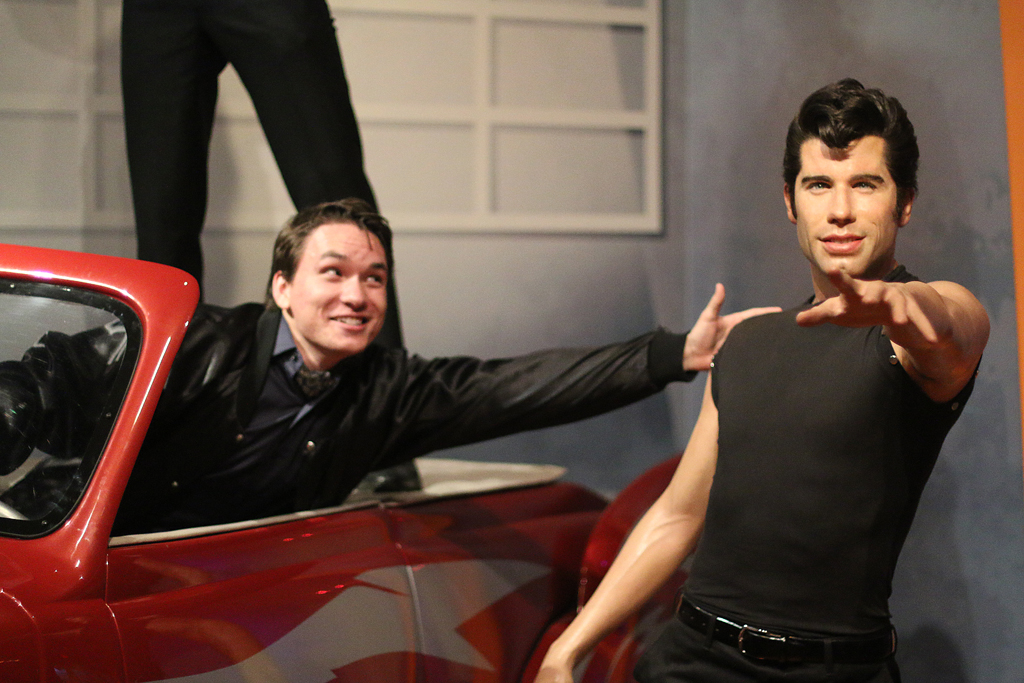 An unlikely combination of wax figures, Hollywood glamour, and rooftop dancing made for a memorable night at the 2015 South Pasadena High School Winter Formal. The SPHS Commission hosted the event at Madame Tussaud’s Wax Museum the evening of Saturday, January 31.

The venue set the dance apart from previous years, as attendees could tour the unique wax museum and enjoy the bustling Hollywood atmosphere from above. The main dance floor was on the museum roof, surrounded by tables and refreshments, while students could relax with wax figures of celebrities inside. Though the eerily realistic figures put off some attendees at first, students considered the location a good choice.

“Before the dance, a lot of people were uneasy about all the wax figures, but I think they got over it once they got here,” senior and Commissioner of School and Community Elise Takahama said. “Everybody began freaking out and taking pictures with the figures, and overall having a really good time.”

The museum boasted three floors of wax models, including celebrities such as Justin Bieber, Snoop Dogg, and the cast of Kill Bill. Students appreciated the alternative option to dancing, as the vast museum provided built-in entertainment.

“The dance was very fun,” freshman Amelia Anthony said. “The venue was a hit, and it was a blast to see all of the wax figures.”

Commission managed to sell 364 tickets for Winter Formal this year, marking the event as a financial success for ASB.

“I think this Winter Formal was probably one of the most successful ones in recent years, because it was a larger and more interesting venue,” senior and Commissioner of Correspondence Iszzy Sun said.

The planning committee was pleased with its work and proud of the memorable evening.

“I think the dance went really well overall,” senior Nina Acebo, Commissioner of Activities and head coordinator of the dance, said. “There was lots to do besides dancing, including three floors of attractions, which make it stand out from other years.”

“It was honestly the best dance in a long time,” sophomore Maya Roshandel said. “There was so much to do, and everyone had a lot of fun. It was well worth the high ticket prices.”