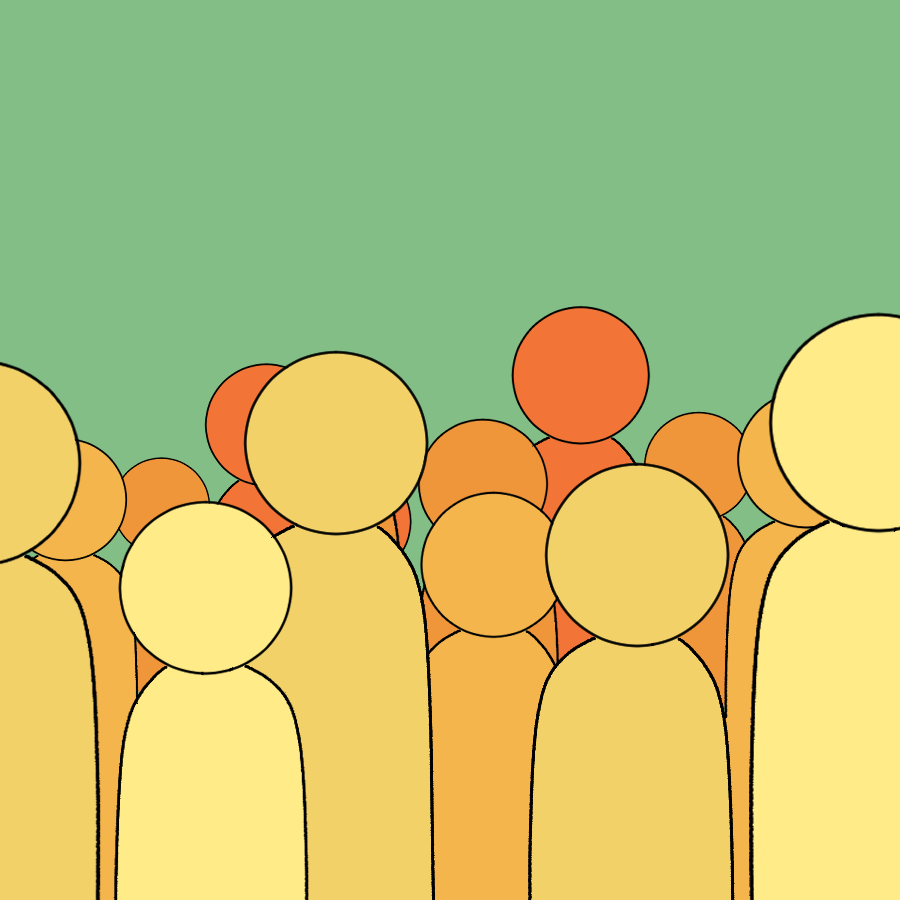 10th grade, she/her: “One time, I [was] groped on campus by an SPHS student. I do not want to disclose their name but I will mention that they identify as male and repeatedly touched me even when I said no. This has occurred both during and after school hours and I have tried to block them on social media, etc. I have not told any school administrators because I felt that the offense was not that big of an issue at the time the incident occurred. I thought people wouldn’t take me seriously and that I was overreacting.”

Anonymous: “[In fourth grade], the Vice Principal told me to stop spreading drama and told me to just stay away from [my assaulter]. [The assaulter has] been put in two of my classes this year, where I now always have my camera off. [In seventh grade], the boy went off with a ‘warning’ and denied everything I said about him asking what was under my shirt and reaching out to try and touch me.”

Anonymous: “Instead of listening to me and taking me seriously, I was repeatedly told by my teachers (and in many cases my coaches) that ‘boys will be boys’ and that they were just at an age where they would do and say the things they did. I was also told by the POLICE that it was most likely that the boys had a crush on me and proceeded to say unspeakable things to me.”

11th grade, he/him: “A few of my ‘friends’ took me into a bathroom and tested to see if I was gay by having one of the kids feign pulling down his pants (mind you, nothing was ever revealed), and because I walked out of the bathroom and did not look, I had ‘passed.’ After a later confrontation with the people involved, they apologized and stated that they meant it as a joke, although it was no consolation.”

Anonymous: “I’ve been sexually assaulted… three times now, each with different people. I’m an alumna of South Pas, so only two of those incidents happened while I was in high school. I reported one to the police while in high school and right now I am filing a Title IX report at my college. All of those times I was threatened and emotionally manipulated into believing I was the reason it all happened, and the effects of these events have left me with a lot of permanent things, including PTSD and memory loss for pretty much my entire junior year.”

11th grade, she/her: “During my class, I was talking to a guy that I [had mutual friends] with. He was showing me something stupid. I was annoyed so I walked away and he grabbed me from behind, which pulled my pants. Confused, I turned around expecting him to apologize for grabbing me but he didn’t. He pretended that nothing happened. For the rest of my year he continued to make me feel uncomfortable and him and his friends would objectify me and I always felt like some inside joke. But if I got upset they were ‘just joking’ and it was ‘dark humor.’ I’m very intimidated by him because of his size and height.”

11th grade, she/her: “I was a freshman in a relationship with a sophomore who emotionally manipulated and gaslighted me into doing sexual acts with him almost every day. When I said no, he would push and push until I gave in and sometimes I would say nothing at all and just [lie] there helplessly because I knew I couldn’t stop him because he was stronger than me.”

10th grade, he/him: “I was not sexually assaulted but was sexually harassed. All throughout my freshmen year a group of girls would talk to me, I became close to them, but I thought we were friends, not very close but we knew each other well. But after a couple weeks they began asking me to do inappropriate things with them like to have sex or to take off my clothes. Whenever I told them no they would begin to touch me without my consent, I would try to get away but they outnumbered me and pulled me by my clothes so I couldn’t leave and they would try to pull my clothes off. They were a group of three girls… a couple of times they would rip my shirts so that they would come off. I would get really scared and embarrassed and so the only way for me to get them away from me was to pretend like I was really angry but I was always scared. I tried to avoid them and told them that I would tell someone if they didn’t stop, but they always would tell me that people wouldn’t believe me because I’m a guy and that being a man, I should be able to take care of myself. Also I was scared that if I did tell someone that they would make up stories and make it seem like I wanted it or like I did stuff to them. Because they had more numbers, they would have more people to back up their story. That’s why I never said anything.”

9th Grade, she/her: “One time he kept telling his friends to tell me he wanted to put his dick in me and said a ton of crude things that fourth graders shouldn’t know. I told my parents and they told my teacher who told the vice principal. She called us into a meeting and told us to write our feelings on a notepad, then take that piece of paper and put it in the shredder. He started fake crying and she comforted him while I was told to just avoid him and stop causing drama. In seventh grade, I was sitting next to a boy in homeroom and he was joking around with his friends. He asked me what was under my shirt, which obviously made me really uncomfortable. I responded with ‘you’re disgusting, mind your own business, pervert.’ He ended up telling his friend to try and touch my shirt, but he said he wouldn’t. The guy ended up trying to but I was saved by the bell and ended up bursting into tears about it. I reported it, which the actual process of getting them into a meeting with the vice principal was almost more than a week (too long). They denied it, so they got off with a warning. I was obviously super pissed and my self-confidence has clearly plummeted since. Recently, I’ve been better about it but the fact the school put both of them in three of my classes in eight grade, felt like a punch to the face from the school who made me feel like I couldn’t tell anybody without them not believing me and doing nothing about it. I still have a class with one of them, where I always have my [camera] off to prevent any weird behavior. This is not okay or fair.”

9th grade, she/her: “I was not sexually assaulted, but rather sexually harassed. Throughout middle school, I was on a local swim team. There, there were multiple boys in my grade and the grades below and above me. Making constant comments about my weight, my body, my face, my voice, my personality, my style, and even my swimsuit choices, they constantly made me uncomfortable to go to swim practice. When I was particularly in a bad mood one day, one of the boys asked me ‘Are you on your period? Cause you’re acting really bitchy.’ Another instance, ‘Jesus Christ you’re as heavy as a bull, lose some weight.’ Another instance, ‘You’re seriously wearing that suit? You’re practically asking for a guy to come and slap you in the ass.’ I was 12. I approached my coach about these comments that were being made to me every single day at practice. My coach… did absolutely nothing. So the behavior continued even until the last day I was on the team. Although that’s just one setting and only one of the many different clumps of sexual harassment instances I’ve experienced, I truly feel that SPHS and truly just SPUSD in general need to do better. I’m terrified to go back on campus because of another incident that happened over the summer where the SPHS administration did virtually nothing. Do better.”

11th grade, he/him: “I was in sophomore year; it was actually the Great Shake Out when it happened. I had been dealing with substance abuse issues for a while and he took advantage of that and offered me a hit of weed (to which I said yes because I trusted him) when I was intoxicated. [He] kept forcing me to take more and more hits until I was so high I couldn’t see straight and that’s where my memory gets kind of foggy. He said stuff like ‘when you and your girlfriend break up I’m going to suck your dick so good’ and repeatedly mentioning that he wanted to have sex with me. He also clamped onto my hand and wouldn’t let me leave. When we got to the field he laid his head in my lap and wouldn’t stop talking about how soft it was.”

Anonymous, she/her: “I was groped at a movie theater in junior year. I remember coming home that day feeling like dirt, feeling shame and just being completely repulsed by myself for not being able to stand up for myself. However, I know now it was very much their fault for putting me in such a position in the first place, and for ignoring my basic need for comfort and disrespecting my boundaries. It is so incredibly sad that people think they are entitled to another person’s body. The importance of consent is not stressed enough in today’s world, and it is a crucial step to begin emphasizing its importance in the schooling system, as well as teaching people, especially girls, to not feel scared, selfish or guilty for standing up for themselves in a world where we are taught to be obedient.”