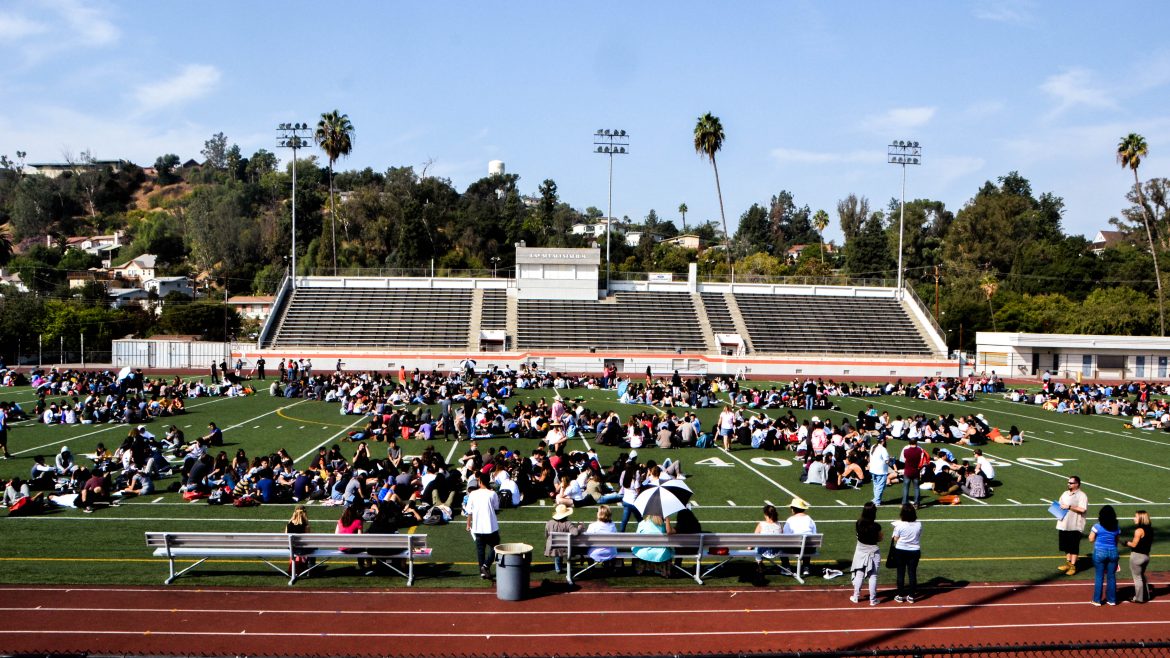 Students were distributed across Roosevelt field with their fourth period classes.

SPHS students filed out of their classrooms and onto the football field Thursday morning for the 10th annual Great California ShakeOut. Schools and businesses across California participated in the statewide drill, preparing themselves for a major earthquake.

The exercise began at 10:20 A.M., when an announcement over the P.A. system prompted students and teachers to “drop, cover and hold on.” Groups of students then proceeded to the football field, where they gathered with their fourth period classes. Numerous “injured” students stayed behind in the classroom, role playing for the medical staff.

The drill, scheduled to span half an hour, lasted over 45 minutes. However, students and administration were satisfied with the response time, as ShakeOuts in previous years lasted for over two hours.

The Great California ShakeOut is organized by multiple different organizations, including the Earthquake Country Alliance, the Southern California Earthquake Center, and the American Red Cross. The drill spans the whole state, with over 10.4 million people from over 2,500 school districts participating.

“Overall, [the shakeout] felt more organized than the past few years,” Senior Maddie Pearson said. “And while it’s not very fun to sit in the hot sun for a long time, it is nice to know we’ll be prepared if anything ever does happen.”