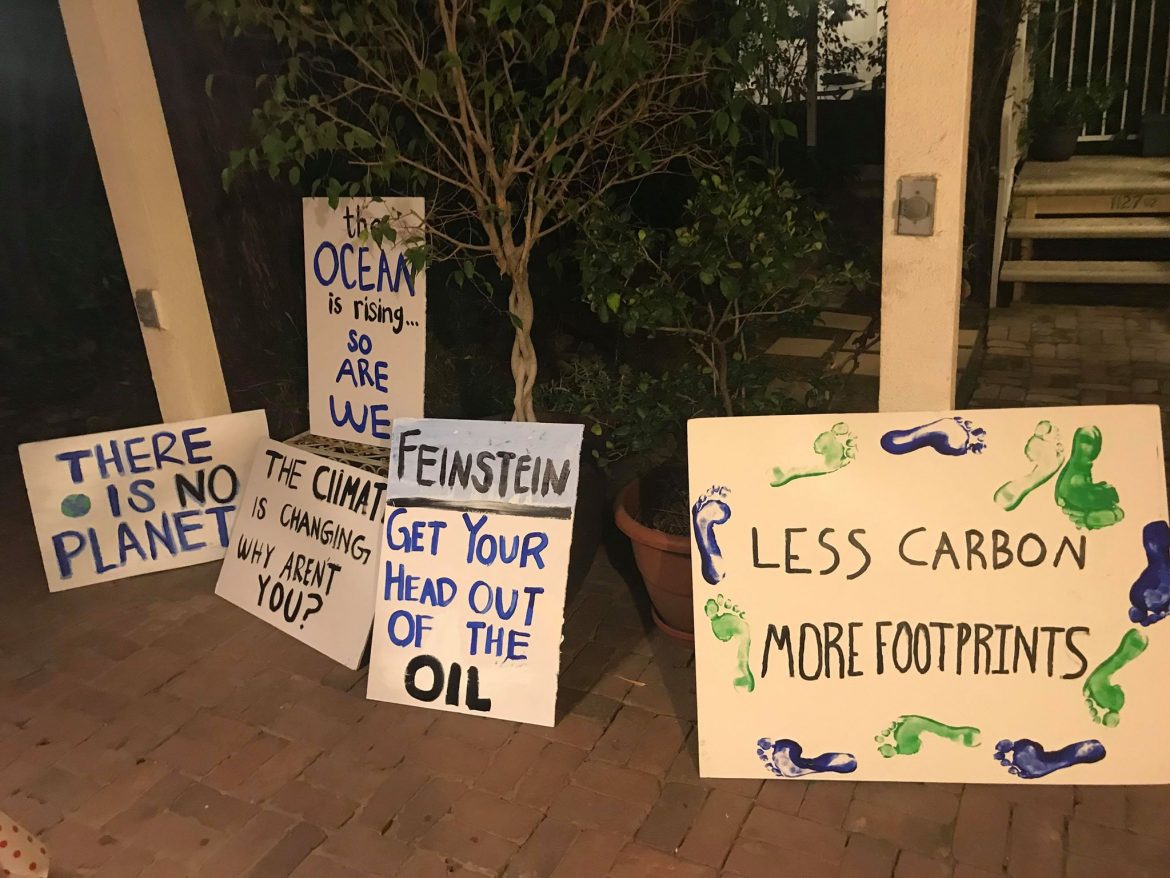 The strike will occur at the Los Angeles City Hall on Friday, March 15 from 12-4 pm.

A group of students at SPHS will participate in the Youth Climate Strike at Los Angeles City Hall as part of a worldwide movement against government inaction towards climate change on Friday, Mar. 15.

The march will endorse the adoption of the Green New Deal, a national program designed to combat the future damage of climate change, as well as encourage the Los Angeles County to integrate similar methods locally. The plan calls for an upgrade in new clean energy infrastructure, and limiting fossil fuel use, in an effort to reduce the effects of greenhouse gases.

Students distributed flyers with information about the LA strike throughout the week and hosted a sign-making session in preparation for the protest.

“I am most excited about being surrounded by young people that believe they can make a difference and know that climate change is a priority and an emergency, ” senior Flannery Clark said. “I am excited because this strike gives me hope. In a country where it seems beliefs trump scientific fact, it is exciting to be a part of a movement that does not accept that reality and fights for a cleaner, safer, better world.”

Senior Andrés Oyaga is super pumped to be taking photos this year for Tiger. He is eager to practice both his photography and editing skills.