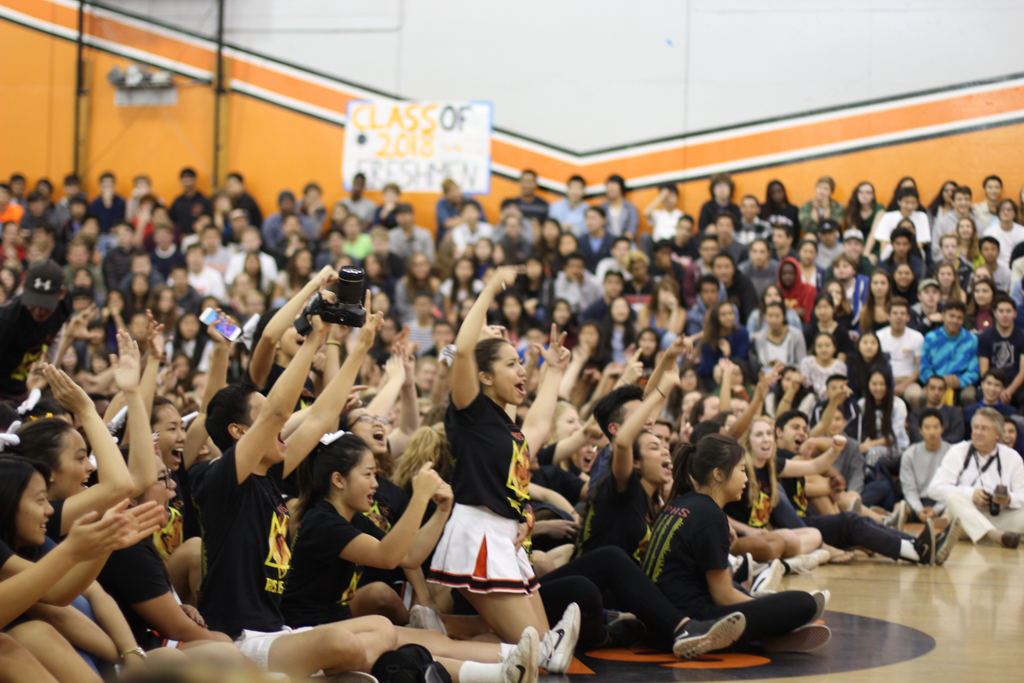 The entire South Pasadena High School student body and faculty crowded inside the gym to bid the senior class goodbye one last time before finals and graduation on Thursday, June 4.

Commissioner of Assemblies Ryan Chase appeared on the back of a student costumed as a horse and escorted by four flag bearers. Chase yelled the final roll call of the year to warm up the audience before introducing Advanced Dance and their performance.

After Raj Jain, Commissioner of Noontime, announced the results of the spirit award, the senior class claimed the title and free Last Chance Dance tickets as a prize. With a short performance by drumline, Commissioner of Clubs, Brian Faung, called up TASSEL club President, sophomore Tei Park, to present her with the award for club of the year.

The school then acknowledged the teachers that were departing at the end of the 2014-2015 school year. Math teachers Mr. Nicholas Blackford and Mrs. Jamie Deedler were given flowers as a parting gift for their time teaching at SPHS.

The 2015-2016 commissioners were officially inaugurated into their positions by the current commissioners by the passing of the torches. The new Commissioner of Assemblies, Matthew Shults, then took the microphone from Chase and led the remainder of the assembly.

“I thought that [the Farewell Assembly] was pretty good. It was definitely a bit more touching this year because I personally know a lot of the seniors leaving,” junior Aaron Ogita said. “I’m glad we were able to finish the year with a strong assembly and I’m excited to be in the seniors’ spot next year.”

The Road Not Taken