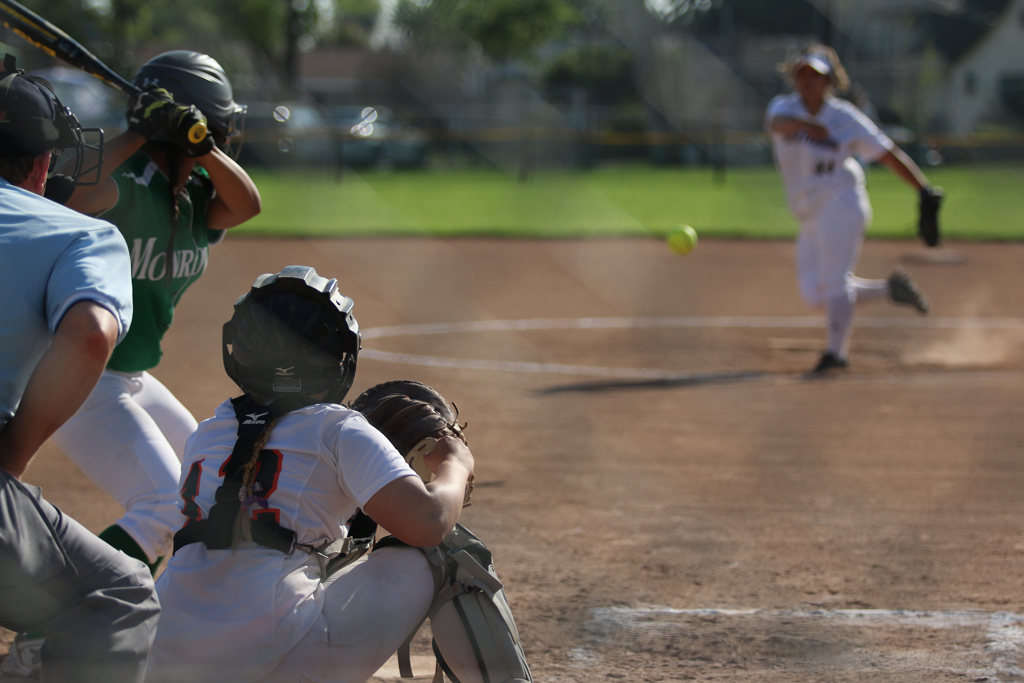 The softball team lost to Monrovia High School in a hard-fought league debut on Friday, March 20, putting the Tigers at 0-1 in league and 4-3 overall. The 3-0 loss revealed the girls’ present weaknesses but also improvement from last year, when the Tigers lost to the Wildcats 11-0, 13-0, and 9-2 over the course of six weeks.

Monrovia took the lead early in Friday’s game, putting in a single run in the first inning. Supported by strong performances from senior Cassie Baca on the mound and junior Alex Mendez at third base, the Tiger defense suppressed the Wildcats for the next four innings, handling 10 pop flies from the opposition with relative ease. However, Monrovia capitalized on errors in the sixth to bring home another two runs, finishing the game 3-0 with a scoreless seventh.

Offensively, the Tigers struggled to wake up their own bats throughout the game. Sophomores Adrianna Ramirez and Emily Swanson were the only two Tigers to earn hits in all seven innings, with one each.

“Our biggest weakness if being able to stay strong through all seven innings and not give up any errors,” Baca said. “Unfortunately we had some bad calls from the umpires, but in the end you can’t win if you don’t score any runs, which we didn’t do.”

The Tigers face off against rival San Marino at home on Wednesday, March 25, and La Canada the next day.