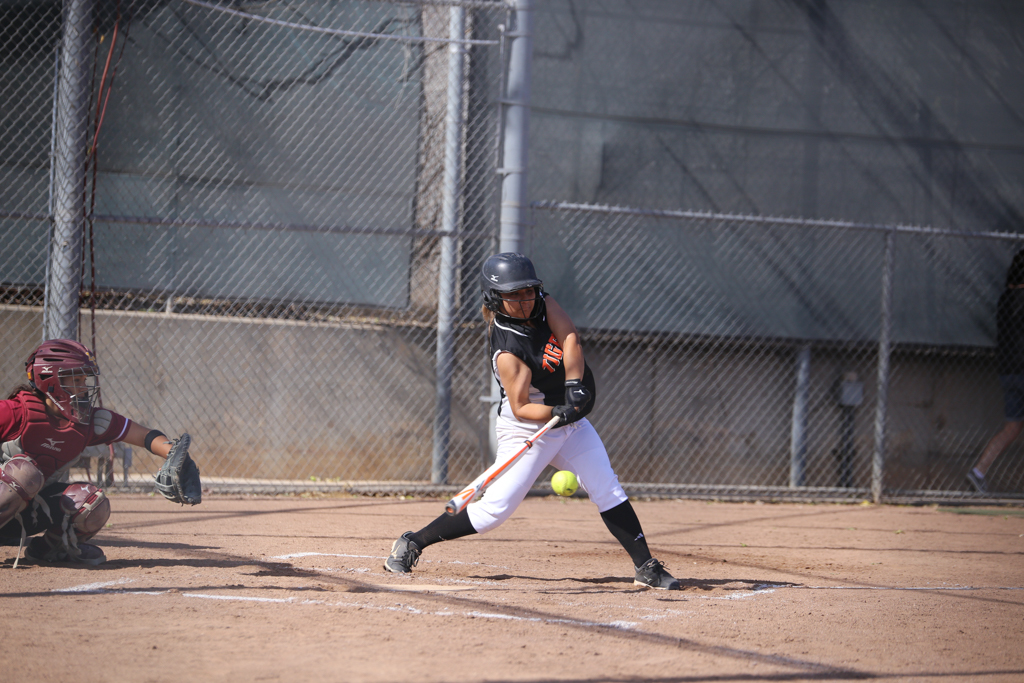 The softball team finished its three-game series against La Canada High School at home on Friday, May 1 with its third loss of the season to the Spartans.

The Tigers started strong defensively, holding off La Canada’s batters for the first two innings, but failed to make any headway on base themselves. With bases loaded in the top of the third, the Spartans broke the 0-0 tie on a hit into the right outfield for two runs, followed by two more hits to bring in three more runs.

South Pas struck back in the bottom of the third when senior Cassie Baca brought home junior Alex Mendez with a solid hit over first base, putting the score at 5-1 by the end of the third inning. The Tigers’ defense recovered and made clean outs for the next four innings, with notable plays from freshman Victoria Venardi and junior Avery Douglas in the outfield and sophomores Katherine Conte and Emily Swanson near first base. However, the Spartans’ equally tight defense prevented the home team from reaching base more than once per inning, with the final four innings going scoreless for both sides.

“Today we didn’t lose to La Canada, we lost to ourselves,” Baca said. “With teams like [the Spartans], it always comes down to the loser being whoever makes the first mistake; unfortunately, that was us.”

The Tigers conclude their season next week with two games against Temple City on Wednesday, May 6 and Thursday, May 7 respectively. The team narrowly fell to the Rams 5-4 earlier in the season.