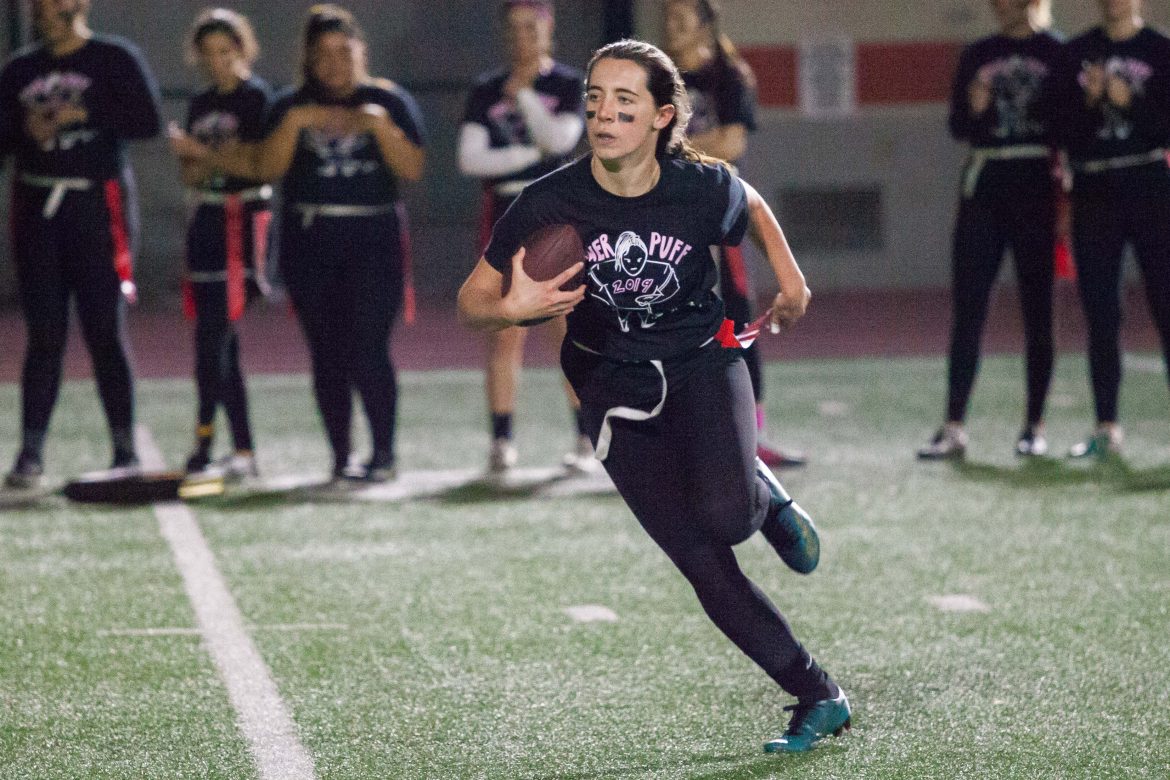 Senior Uma Hornish scored six touchdowns to carry the seniors to a 60-0 victory.

The seniors outclassed the juniors 60-0 in the annual Powerpuff game on Friday, March 8. A six touchdown effort from senior Uma Hornish propelled the class of 2019 to avenge their blowout loss last year.

The opening minutes showed a combination of tenacious defense and early offensive butterflies, leading to a series of short possessions from both teams. However, the seniors made their first of many scores of the game on a touchdown reception by Hornish from senior quarterback Noemi Howland. Senior Jackie Takarabe and junior Sydney Sakamoto traded off making agile runs, but it would be Takarabe who would ultimately find the endzone. Another Hornish touchdown catch ended the first half 20-0 in favor of the seniors, who sought to expand on their lead in the following half.

In the second half, senior Stephanie Botros relieved Howland of her quarterbacking duties and picked up right where the senior offense left off. A pair of connections to senior Grace Kim and runs from senior AJ Bonk expanded the lead to 36 by the end of the third period. Hornish would also find the endzone twice more, as the class of 2019 claimed the victory.

In comparison to their junior counterparts, the seniors exhibited greater composure on the field. Instead of relying on trickery and deep throws, the seniors opted to focus more on the running game and short passes.

For more coverage on Powerpuff, check out Tiger Newspaper’s March Issue, which will be distributed on Tuesday, March 12.