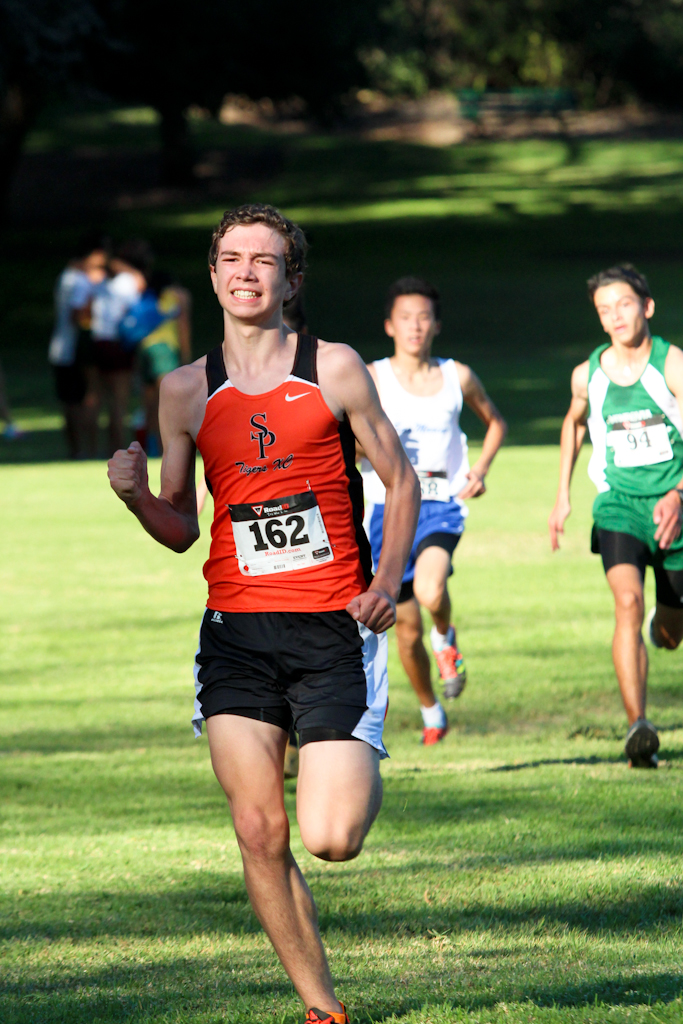 The coed varsity cross country team has everything going its way this year. With virtually no key member losses, and under the new leadership of former assistant coach Joe Soto, the team is looking at a possible Rio Hondo League Championship.

“This year, all of us have a strong drive to do exceptionally well,” senior Maia Thomas said. “I’m very excited to see what we can achieve this year in league.”

The drive that Thomas speaks of may be due in part to the overwhelming number of returning varsity athletes for both the boys’ and girls’ squads. Lacking only last year’s boys’ front runner Cullen Irvine, the boys’ and girls’ teams of seven are still stacked with the successful, hardworking athletes from the 2014 season.

But that is not to say there is not room for new talent. Freshmen Francisco Fortunelli, Lindsey Calva, and Elizabeth Bock are also potential varsity athletes. Fortunelli especially has been an unexpected asset for the team. Despite his lack of running experience, Fortunelli has consistently been in the top seven for the varsity boys team.

Not surprisingly, the exact varsity team roster has yet to be released, and the incredible saturation of talent in the team this year will likely make the decision for Soto a difficult one.

However the malleable team roster only serves to motivate the runners more. After three months of 5:45 a.m. practice and a culminating week of running camp in the Sequoias, the team is now battling the September heat at after school practices. Junior Jaehyung Choi thinks the team has come a long way since the beginning of Summer.

“The team has grown immensely in leadership and focus,” Choi said. “We’ve been working really hard and also bonding through the newly implemented partener strength training.”

Revised strength training is not the only new feature of the team’s training regimen. Head coach Soto has also standardized running logs and introduced the pack running system. In spite of these changes Choi thinks the team dynamic has not been altered.

“In past years Coach Soto has worked hand in hand with Coach McGrail, so the coaching chemistry’s very much the same,” Choi said.

The spirit of the team has also changed little. With the Woodbridge invitational approaching  September 18th, the team is motivated, enthused and ready to surpass expectations. The boys placed second last year in league finals to La Cañada with a difference of one point. The girls secured a tight third behind San Marino and La Cañada. This year, most are envisioning improvement upon those stats. Senior and captain Maaika Wielenga has no doubt in her team’s ability to do so.

“This is by far the best team I’ve ever been on,” Wielenga said. ““I truly believe that we have a chance at the league championship title.”