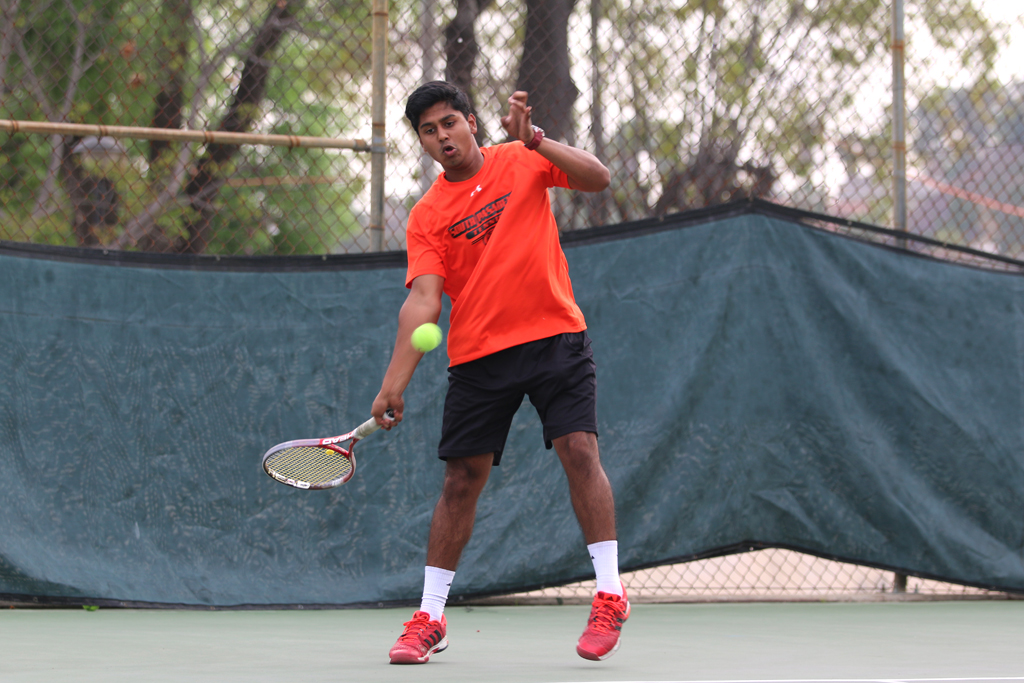 SPHS alumnus Marivick Mamiit is optimistic for the young and hopeful varsity team in his second year as head coach of the boys’ tennis team. Last year, the team finished with a 3-5 record, leaving them out of the race for a CIF playoff bid. With league play just one week away, the Tigers have already been busy at work playing four preseason games the past two weeks to fight for a playoff spot.

The Tigers are not short of raw talent and experience despite losing two seniors to graduation last season. Senior captain Casey Corvino and his sophomore brother Nick Corvino return this season as viable options for both singles and doubles play. Sophomore Simon Stans’ experience in training over the summer will help the team win in the singles matchups. Four-year varsity member senior Sagar Raju will be a key asset in the Tigers’ lineup as well. Juniors Kevin Huang, Anthony Chen, Hoyt Gong and Jesse Chen also return this season and will bring valuable experience from past years.

“I think the key to success this season has got to be mental toughness and staying calm under pressure,” Stans said. “If we can do that, we will be successful this year because lots of matches will be determined by those important points.”

While the lineups between the varsity and junior varsity have still not been decided yet, the core of the team started training mid-February to prepare for the long season ahead.

“We have a really good chance of going to CIF this year, especially if we can beat La Canada and Temple City,” Nick Corvino said.

Each of Mamitt’s practices consist of a long and difficult workout regimen that teaches the players to stay motivated to work harder every day.  From strength training in the weight room to running laps around the track, the team’s practices teach the players to play while they are fatigued.

The Tigers are now 4-0 after winning their first four matches, most notably versus a strong Crescenta Valley team that beat the Tigers 2-16 in the previous year. The Tigers also showed poise early this season by beating Flintridge Prep, La Salle and Alhambra by considerable margins.

“I think we have a strong team this year,” Raju said. “We are going to head into the regular season undefeated, and I think we have a good chance of making it to CIF [playoffs] for the first time in over six years.”