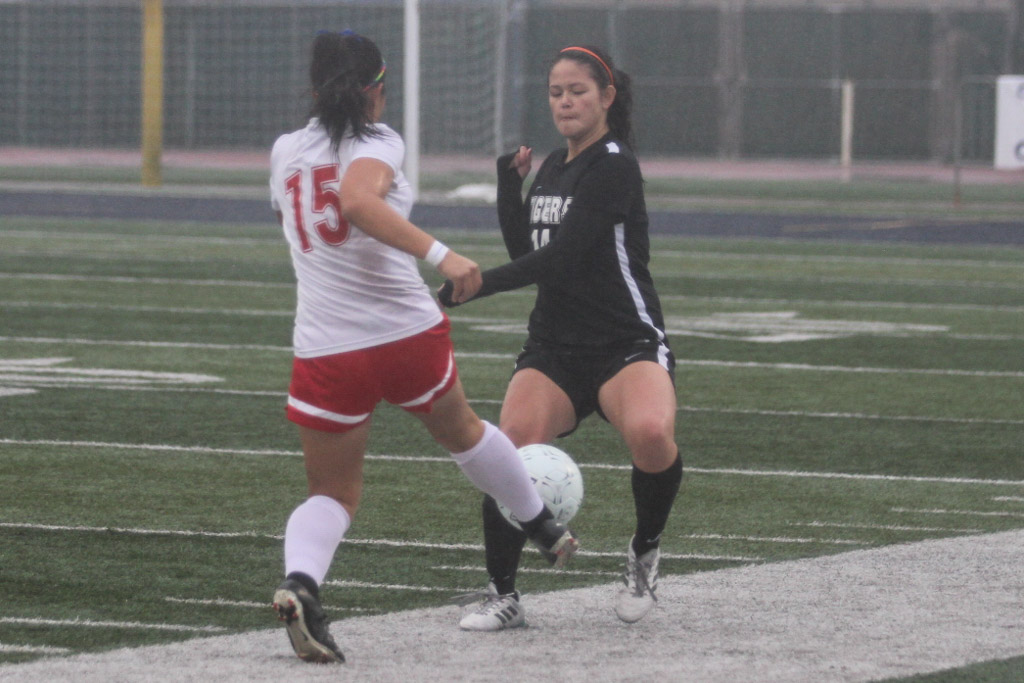 Junior Jade Myer blocks a kick in the CIF championship game against Westminster. South Pasadena would eventually win the game in a 1-0 defensive standoff.

Girls’ varsity soccer won the Division V Southern CIF Championship on Friday March 2nd, with a 1-0 win over Westminster High School, and will continue onto state competition at home on Tuesday, March 6 at 4 pm. The Tigers will take on the Marquez High School Gladiators, who sit two divisions above South Pasadena, with an overall record of 22-1-2 in division three. Marquez defeated Westchester High School 3-0 in its last matchup, proving its offensive dexterity.

South Pasadena overpowered Westminster with an impeccable goal from sophomore Corey Segal, matched perfectly with the impermeable defensive line. The overall prowess of the team led to South Pasadena’s first girls’ soccer CIF title since 2003. The championship subsequently rewards the Tigers with another opportunity to further their postseason run.

“We are super excited about our postseason run so far and hope to carry that excitement into the game tomorrow,” junior Jade Myer said, “Although we want to win and move on, we want to enjoy playing in the game because this has been so much more than we ever expected.”

If the Tigers take home a victory they will move on to Regional Semi-Finals on Thursday, March 8.