‘SAWAYAMA’ is a genre blending tribute to self identity 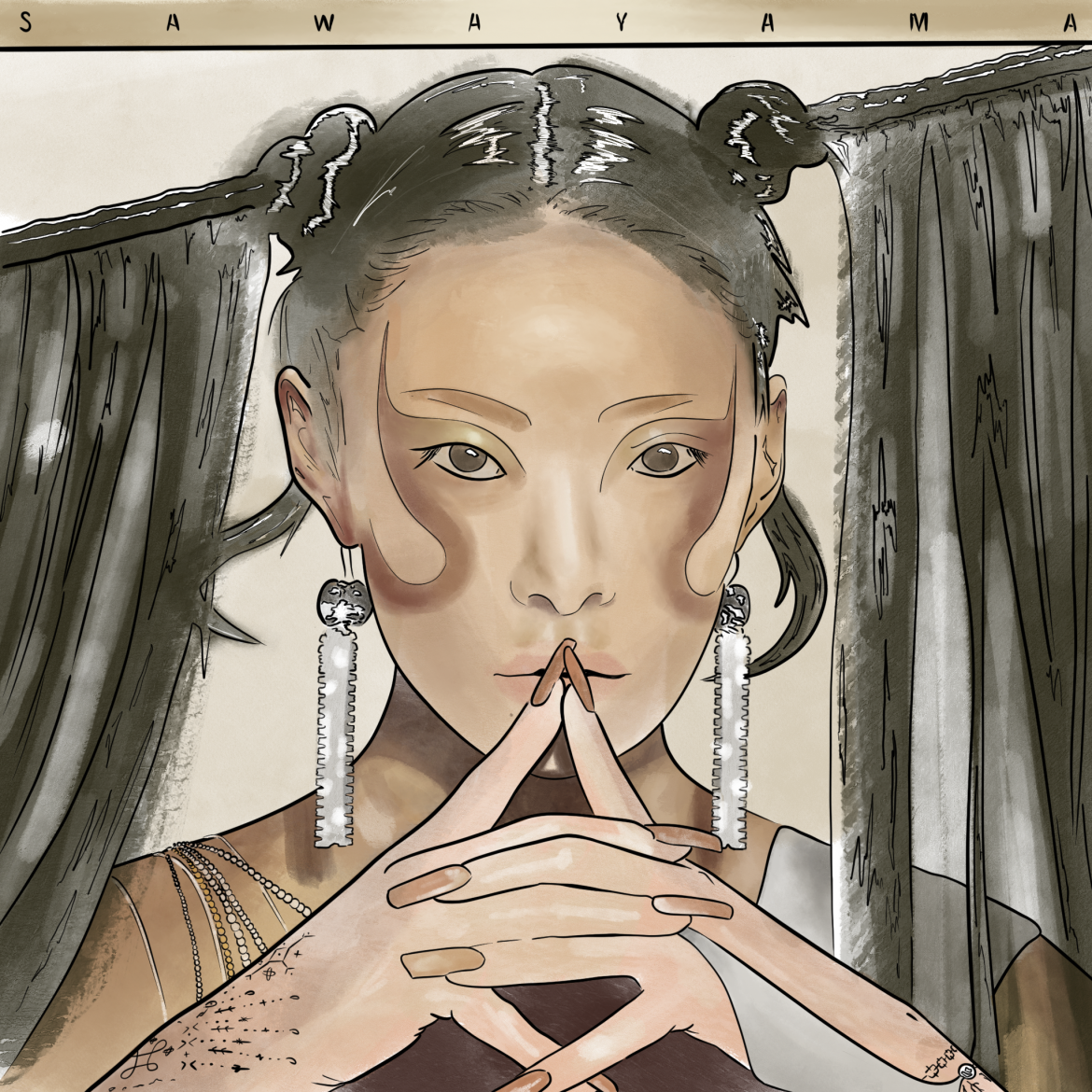 'SAWAYAMA' explores the artist's identity as a queer Japanese-born and London-raised woman.

Rina Sawayama’s debut album SAWAYAMA is a stellar genre-blending tribute to her upbringing and identity. In it, Sawayama explores her identity as a queer Japanese-born and London-raised woman. The album is politically conscious and personally narrated, and breaks free from tired musical norms while capturing the essence of modern pop.

In the first single from the album — “Dynasty” — she sings of inheriting familial pains and wanting to break free from them. The album’s lyricism is straightforward yet remarkably bold. Sawayama takes full advantage of phrases that have become urban clichés to extend a well conveyed relatability: “I’m losing myself/In the darkness of the world”. The same themes of self are in “Akasaka Sad,” “Paradisin,” “Love Me 4 Me,” and “Bad Friend.”

Sawayama starts “XS” with South Asian inspired instrumentation before coming in hard with electric guitar that transitions into her first verse, in which she pokes fun at the world’s desire for luxurious items. “Hey, I want it all, don’t have to choose/And when the heart wants what it wants, what can I do?”

The title “XS” is in fact a play on words: it is an acronym that stands for extra small, yet the letters sounded out allude to the word “excess.” This juxtaposition directly connects to the hypocrisy of capitalism she comments on in the lyrics.

Musically, the piece follows a very standard pop format — except the instrumental is unexpected. The production dances a secondary drum and guitar strum throughout a consistent beat for the verses, creating an overstimulation that gives one the urge to dance. But, then the poppy patterns are broken by that same jarring guitar motif from the introduction.

“STFU” is another musical ride. The song isn’t necessarily what one would call pleasant. It’s artistically brilliant, but knocks the listener out of their comfort zone. The introduction is this chaotic, high pitched electronic sound that crashes into distorted guitar.

At its core, it’s undoubtedly pop — just combined with brash heavy metal aesthetics. These exhilarating sounds parallel Sawayama’s anger within the context of this piece. Its unfiltered songwriting takes a direct jab at the microaggressions and xenophobic sentiment she has experienced throughout her life. “How come you don’t respect me/Expecting fantasies to be my reality/Why don’t you just sit down and/Shut the f*ck up, shut the f*ck up (You).” Expletives are also used in “F*ck This World (Interlude) and subsequently solidify Sawayama’s rebellion against the Asian female stereotype of quiet obedience.

“Comme des Garçons (Like the Boys)” begins with a hypnotic baseline that is played throughout her sultry verses. It bears a strong sonic contrast to previous tracks. Sawayama plays homage to dance tracks of the early 2000s in the song’s production, as a way to musically exemplify the piece’s subject matter: toxic masculinity and its application to women.

The artist projects empowerment on her characteristic tracks, as she lyrically tackles society’s exclusive definition of confidence. “Comme des Garçons” translates to “Like the Boys” in French. Sawayama reclaims the double standard that society puts on women: “Oh, girl, it’s okay/You should never be ashamed to have it all.”

In the twelfth single on the album — “Chosen Family” — Sawayama pays tribute to her LGBTQ+ family, “My chosen, chosen family/So what if we don’t look the same?/We been going through the same thing, yeah.” Musically, Sawayama takes a softer, more sparse approach with production that highlights her voice, making for a comforting sound.

Rina Sawayama’s very existence as an queer Asian singer-songwriter is trailblazing. She provides long overdue representation in Western society. Sawayama fully embraces this role to create art that speaks directly to the demographics that she inhabits and provides social commentary. She palettes these difficult issues in an approachable pop format, but doesn’t shy from using unorthodox production to parallel her emotions.

Coping amid the crisis