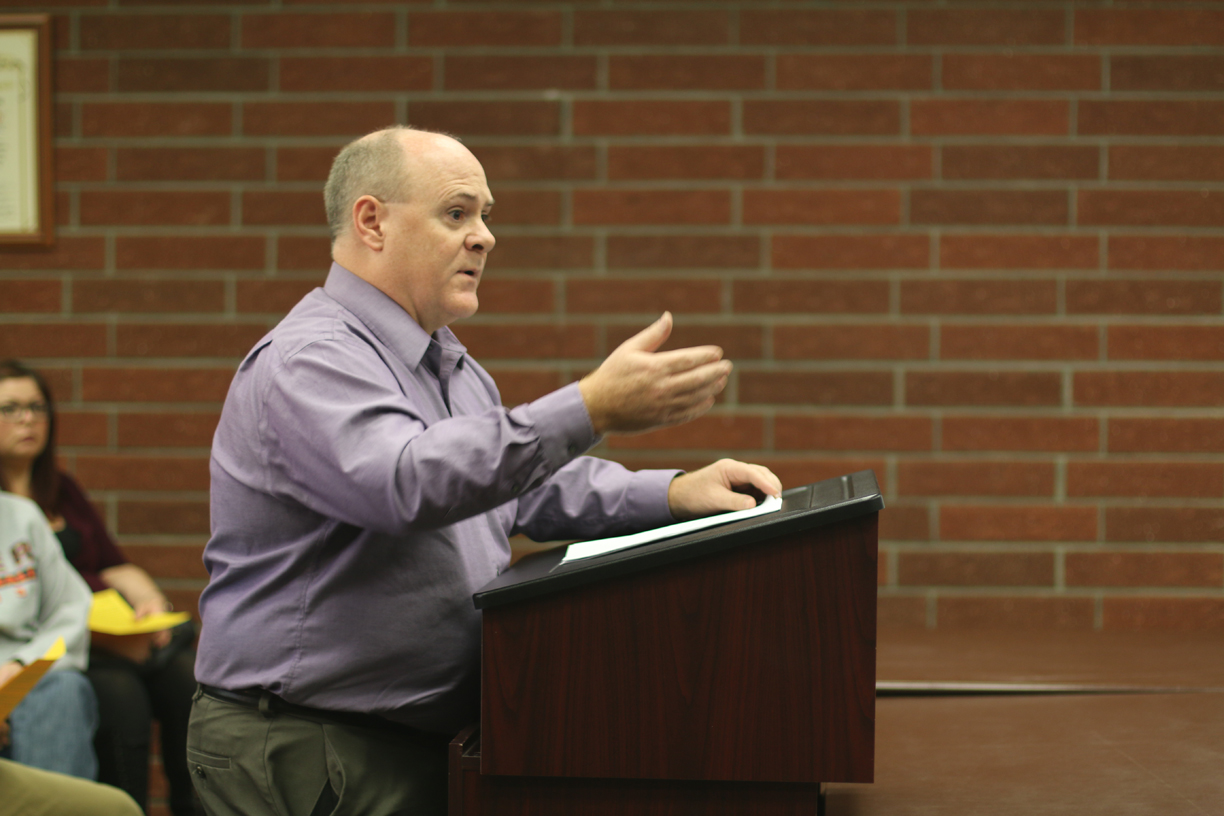 In an official document which was released the day before the meeting, Rio Hondo League president and Temple City High School principal Mary Jo King called a special meeting “[to propose] resolution to cure and correct by rescinding and reconsidering league action taken on November 7, 2014 to uphold protest of La Cañada High School and South Pasadena High School relating to the varsity football game played on the same date.” The meeting also called for the reconsideration of the action taken to uphold La Cañada protest as well. Several South Pasadena football families, players, as well as concerned South Pasadena residents attended the meeting.

As the meeting convened, King opened the podium to public comments. The principals were not obligated to answer questions raised by the audience. Many South Pasadena football families pointed out that the league had placed an emotional toll on the lives of many South Pasadena football players. Speculation rose among the audience about the credibility of the evidence mentioned at the start of the meeting.

“The procedures in which the Rio Hondo League handled the forfeiture are in direct violation with California legislative law,” South Pasadena parent Mike DeLucia said. “No agenda or public record, and willful intent to withhold information are serious misdemeanors in violation of the Ralph M. Brown Act.”

After several public comments were heard from players and parents, president King initiated a vote among the principals whether to rescind the league’s decision made on November 7, and reconsider the situation. Both principal Anderson and principal McFeat were discluded from voting as was decided by King before the meeting. The action was rescinded on a vote of 4-0, and La Cañada principal McFeat was requested to describe the events leading to La Cañada’s submission of protest.

According to McFeat, on November 4, 2014, a La Cañada staff member noticed an outside person with video equipment taping the La Cañada football team during the team’s practice. When asked the reason for being there, the outside source claimed to be testing his video recorder. The person was then asked to leave, and was not identified. One day later, on Wednesday, November 5, the same man was identified by the La Cañada varsity football coach Ramsey Lambert. The man fled the scene after discovering that he had been identified. The football coach took a picture of the man leaning on the fence, and also took a picture of the license plate on the back of the person’s car as he drove away.

McFeat explained at this point that he was more concerned that this unidentified man was a predator. It had all changed when he notified the police about the matter, and sent the La Crescenta Police Department the license plate number. The plate traced back to South Pasadena High School varsity coach Marty Konrad’s brother, Nick Konrad. McFeat was suspicious that due to Nick Konrad’s close relation to his brother, Marty, that the videotaping had become a CIF cheating issue.

King then opened the podium again for public comments, and concerned South Pasadena football supporters and players took the stand.

“I’ve worked with a lot of people in law enforcement,” South Pasadena resident Colin Singer said. “All I am asking for is that if there is evidence of this man in the act of recording, show it to us. The fact that the league decided for South Pasadena to forfeit based on two cell phone pictures, that’s just flimsy evidence.” The Rio Hondo League principals declined to comment.

After all public comments were heard by the committee, president King decided to take a public vote on whether to uphold La Cañada’s protest from November 7. The committee voted 4-0 favoring to uphold, and the meeting was adjourned at roughly 10:13 a.m.

“So many questions have not been answered,” Julie DeLucia said. “This was a chance for them to reassess the illegal actions with which they conducted their decisions.”