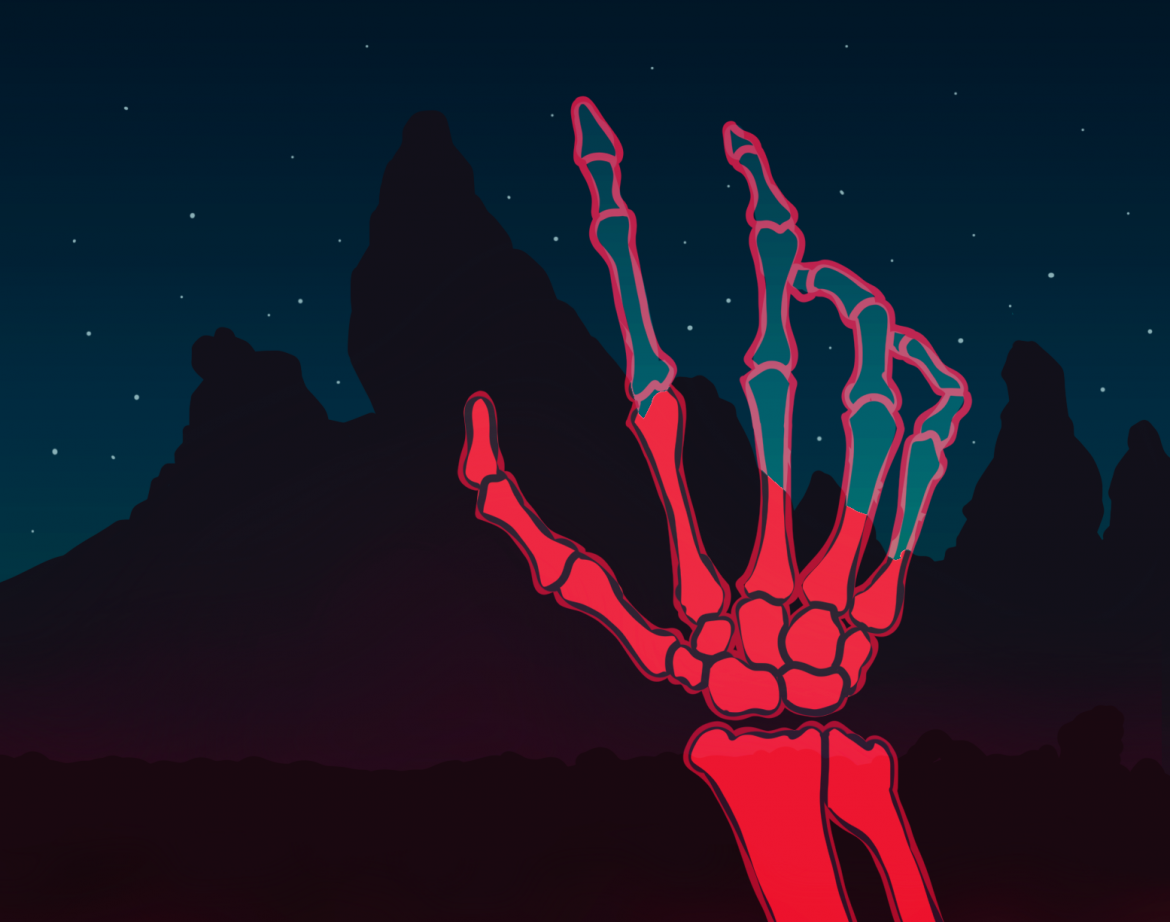 Phoebe Bridgers' second album is a raw and emotional voyage through an apocalyptic dreamscape.

Phoebe Bridgers’ Punisher is a reassurance in the darkest of times. In her first album since the 2017 release of Stranger in the Alps, Bridgers explores the same heartbreak, but instead emphasizes her journey on the path to healing. The native Pasadenan is best known for her solo work, but is also a part of Boygenius with Julien Baker and Lucy Dacus and Better Oblivion Community Center with Conor Oberst. Bridger’s ability to convey her experiences through songwriting has continued to be one of her greatest strengths throughout all her work, and Punisher is not an exception.

The album is deeply personal, exploring themes of strained relationships and ultimately healing from the damage they have caused. The emotional power of Punisher is undeniable, and the weight of Bridgers’ heartbreak can be felt deeply throughout her work. Somber tones echo though each track, brilliantly highlighting Bridgers’ lyricism.

In “Chinese Satellite,” arguably the most beautifully written song on the album, Bridgers expresses her doubts towards religion. In an interview with Apple Music, Bridgers said “This song is about turning 11 and not getting a letter from Hogwarts, just realizing that nobody’s going to save me from my life.”

Punisher opens up with “DVD Menu,” the only track with no vocals. The song, heavy with mournful violin, sets the album’s tone. “DVD Menu” fades into “Garden Song,” a hopeful song about maturing out of your teens and becoming emotionally independent. In the line “The doctor put her hands over my liver, she told me my resentment’s getting smaller,” Bridgers mentions the correlation between liver health and emotional health in traditional Chinese medicine. She has grown past her drug and alcohol abuse, both improving her liver health and her emotional wellbeing.

“Garden Song” alludes to Bridgers’ hometown of Pasadena, California throughout the song, with lyrics like “They’re gluing roses on a flatbed, you should see it, I mean thousands,” an homage to the Rose Parade.

In “Kyoto,” Bridgers reflects on the conflict her father’s alcoholism has created in her life. “He said you called on his birthday, you were like off by ten days, but you get a few points for tryin’.” Bridgers’ father is trying his best to get sober, going back to Punisher’s emphasis on healing. All of the happy memories she has shared with her father do not outweigh the emotional pain and trauma his alcoholism has caused her family, but she is trying her best to forgive him.

“Because when you’re gone it’s forever, but you know I’d stand on the corner embarrassed with a picket sign if it meant I would see you when I die.” Despite her doubts, Bridgers would convert for this person if it meant that she would get to spend the afterlife with them. This, fundamentally, is what Punisher is about: the hopelessness of the world now and the longing for a better future.

Punisher couldn’t have come at a better time. We may be fine in the comfort of our homes, but a quick log into Instagram reveals a darker reality as we experience a pandemic, worldwide protests following the death of George Floyd, and the upcoming election. The melodies in Punisher are melancholic, often contrasted by Bridgers’ jovial voice. In “I Know the End,” Bridgers iterates the Evangelical phrase “The End is Near,” something that many of us deeply feel during this time. Punisher is truthful, often painfully so, but also a reassuring reminder that we can heal from what feels like the darkest moments in our lives.