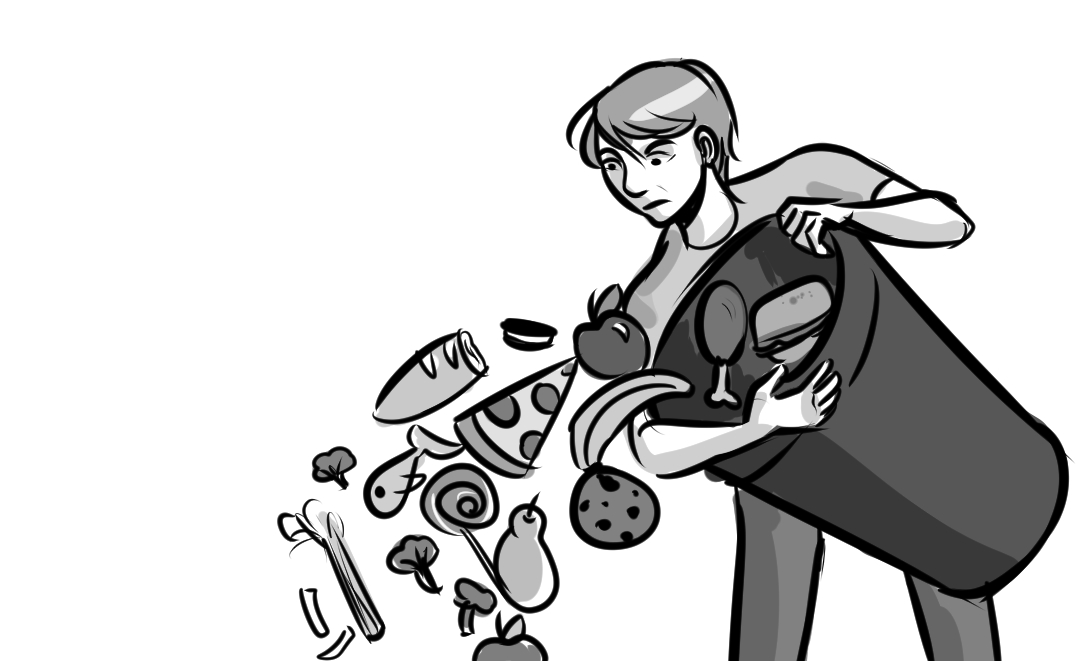 40% of United States food goes uneaten every year. While this staggering statistic is horrifying on its own, it’s even more appalling when one considers the 48.1 million people who live in food insecure households. As these people starve, landfills grow and hundreds of billions of dollars are spent on food that never makes it to a mouth.

We as consumers are a large part of the problem. The misconception surrounding expiration dates alone is greatly responsible for the literal tons of food that go to waste each year. Contrary to popular belief, these dates are not indicative of food safety and hold no medical significance. They are decided on by manufacturers, not the government, as simply the best estimate of when food will be at its “peak quality.” It’s not uncommon for manufacturers to set expiration dates far before food becomes unsafe; this is, after all, in their best financial interest.

Consumers overbuying makes the matter worse. Especially in America, the culture of buying more than we need is prevalent. Adding excessive food purchases to exaggeratd expiration dates ends in more food thrown away than was needed in the first place.

Manufacturers are a huge part of the problem, but while waiting for systemic changes in production, consumers need to check their habits. By taking expiration dates with a grain of salt, shopping wisely, and giving imperfect produce some love, consumers can take part in preventing massive food waste. Ultimately, the change we need is one of culture. But until then, small steps toward conservation offer a temporary solution.