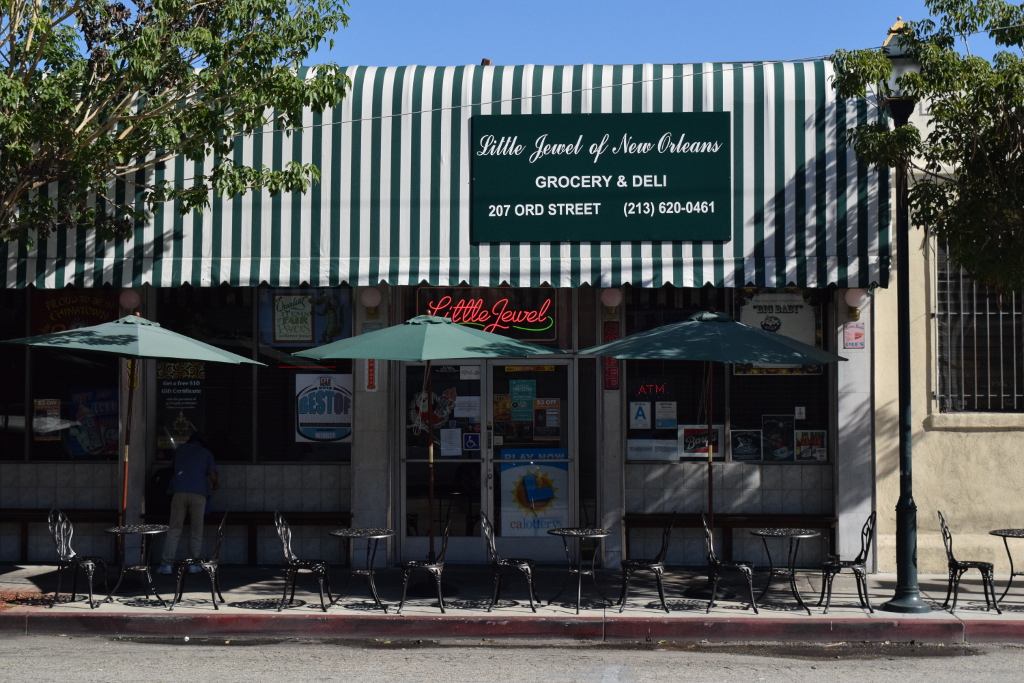 Take a stroll down North Broadway in Chinatown and faint sounds of Blues become noticeable. Turning onto Ord Street, the source of the music is revealed, a seemingly ordinary deli accented with plenty of neon signs and dark green sun awning. A step inside the establishment and the swinging Creole ambiance reverberates through the colorful arrangements of niche soda and vintage movie posters. Louisiana is alive and well in this Los Angeles restaurant.

True to its name, Little Jewel of New Orleans is, to say the least, a hidden gem in the cultural pocket that is Chinatown. Little Jewel offers a wide selection of food indigenous to New Orleans, the most popular item being a sandwich called the Po’ Boy. Down beyond the register, past the rows of niche soda, the food is served above a glass display case in classic deli fashion. Presented in a humble wrapping of a white paper wrapping, the Po’ Boy presents itself like a little Cajun Christmas present. The sandwich (in this case the timeless fried oyster variation) maintains the kind of culinary stature that can be only formed from decades of perfection. Though it may seem basic, the combination of pickle, dressing, tomato, and spicy oyster fried with a delicate corn batter makes for a sandwich worthy of Bourbon Street status.

Girls’ Tennis Gets Back to .500, Maintains CIF Berth

The Youth of Hillsides