Top Posts
CIF postpones practice and competition start dates for...
‘Borat Subsequent Moviefilm’ suffers from sequel syndrome
Athletics has potential to be more than competition...
Calculus for a Cause set to host virtual...
On America’s pseudo-democracy and paths of amelioration
Economic frustration must be directed at the extremely...
TAAGLAA: Drive-in movies
Public school P.E. curriculum needs to be reformed
Coronavirus surge results in greater restrictions
The unexpected feminism of ‘The Queen’s Gambit’
Home Feature LANY exceeds expectations at the Fonda
FeatureFeaturedWeb Exclusive

LANY exceeds expectations at the Fonda 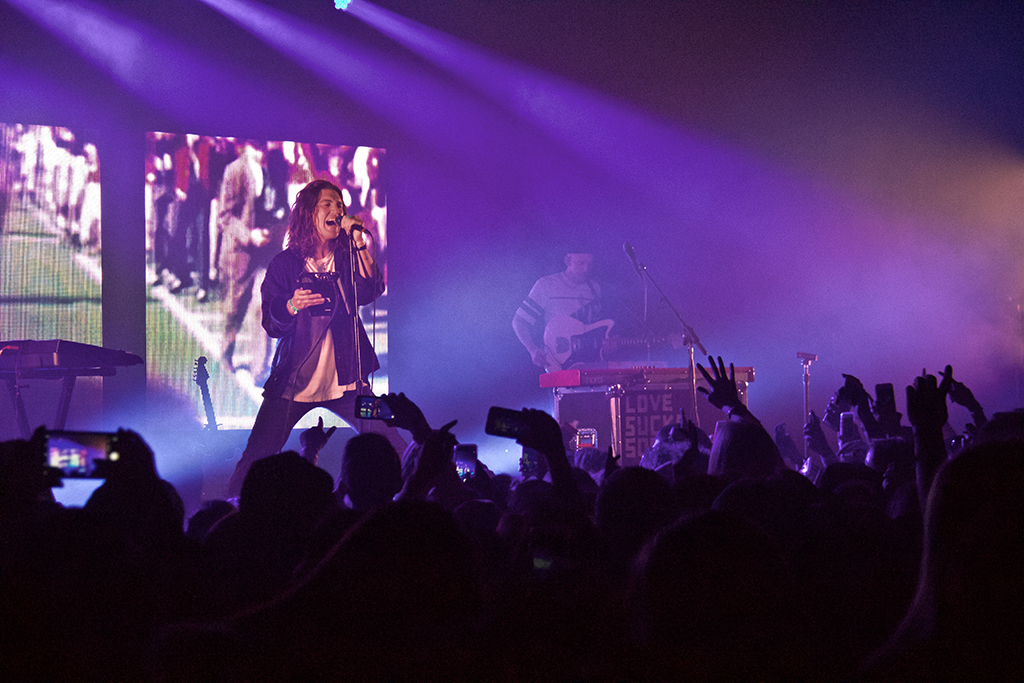 I used sheer will and determination on the first Saturday of Thanksgiving break when I forced myself to go to the Fonda Theater for the LANY concert. I wasn’t expecting much out of their performance, as frontman Paul Klein is a former model and the band has opened for Halsey. These assumed red flags, however, were soon proven to be irrelevant.

The dream pop trio started their set by playing a short audio and video clip of Whitney Houston singing the National Anthem on a huge screen behind them. The visual aspect of the set was entertaining, even to someone who was sceptical about the band.

LANY has perfected the art of keeping an audience born in the digital age entertained. With stunning visuals, impromptu inspirational speeches by Klein, and surprisingly great music, I was certainly impressed.

The Fonda audience was the perfect group to perform in front of because of LANY’s Californian roots. Many of the songs revolve around LA, like “Made in Hollywood,” which Klein introduced as the song that can only truly understood by an LA audience.

Although a majority of their songs are sonically upbeat, some tunes like “Where the Hell Are My Friends” and “Current Location” have darker themes. “Current Location” showcased Klein’s ethereal vocals coupled with only a keyboard at some points. The stripped down version truly communicated the struggles of a long distance relationship, and brought another dimension to the band’s performance.

With their short one-hour set, LANY proved that they deserve a seat at the indie pop table. The show put the band on my radar, and I definitely do not regret running through Union Station and the 11 pm ride on the Red Line home that was required to see them.