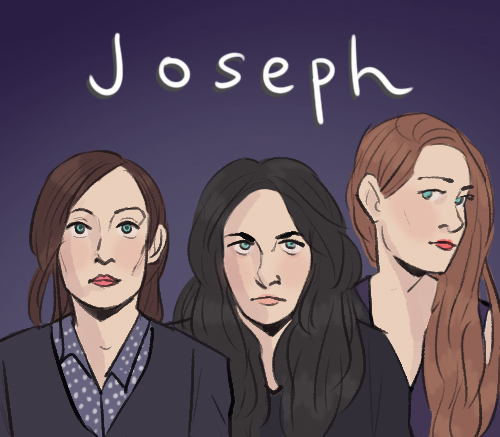 Natalie, Allison and Meegan Closner bend genres and blend voices on their second album. I’m Alone, No You’re Not begins with the raw, unrestrained “Canyon” about love and vulnerability, themes that run throughout the band’s album. The band’s realness continues with the second track “SOS (Overboard).” “SOS” deals with the complications of romantic love, but remains sonically catchy and upbeat.

The album tells the journey of a relationship. At first, both parties are afraid of exposing themselves (“Canyon” and “SOS”), then Joseph shares the moment of reflection (“Blood & Tears”). While lack of vulnerability may be something prevalent in a flowering relationship, I’m Alone, No You’re Not tells the stories of long term relationships where both parties are upset with a disconnect.

While the other tracks are great individually, together they begin to lose quality due to the repetitiveness of sounds.  The band attempts to break up the monotonous harmonies, however, with “White Flag,” a song more passionate and memorable than the other 10.