Homecoming picnic moved onto campus because of STEM building construction 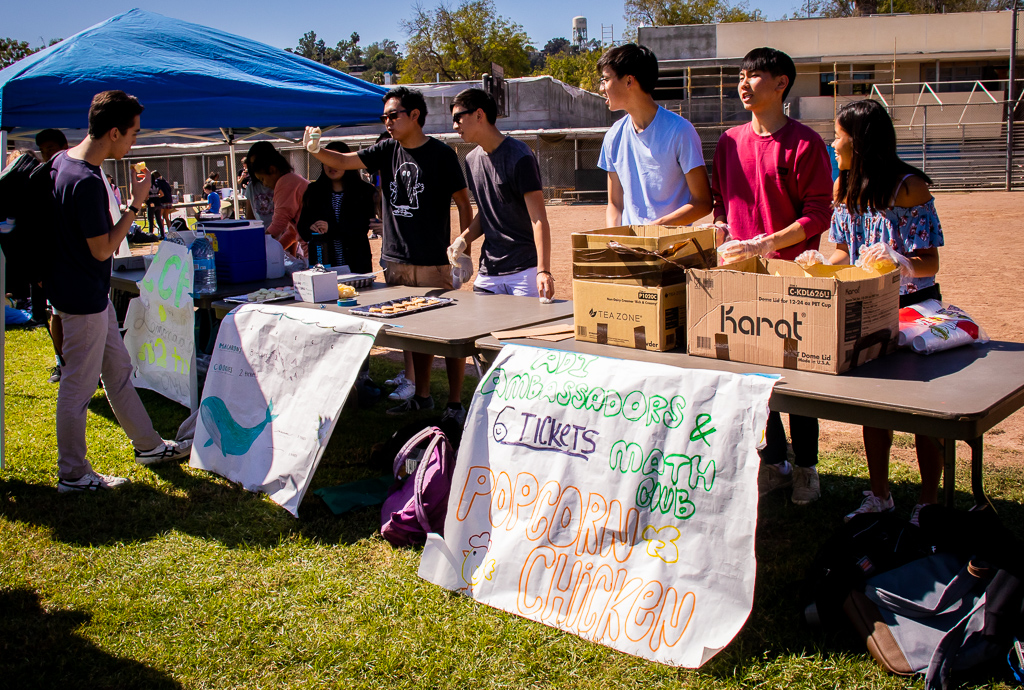 SPHS hosted its annual Homecoming Picnic on the Tiger Lawn and softball field Friday, Oct. 12. The picnic, which is traditionally held on Diamond Street, was moved onto campus due to the ongoing construction of the new STEM building.

In past years, clubs lined their booths along Diamond Street, which would be blocked off for the day. However, with construction underway, having the picnic in the traditional area posed safety and logistical concerns. Commissioner of Clubs senior Sage Pierone was faced with the task of relocating the picnic to a venue that could accommodate the various clubs’ booths and crowds of students.

“It made where the booths needed to be into a puzzle,” Pierone said, “and it was really hard for me to piece it all together.”

In the end, it was decided that this year’s Homecoming picnic would be held on the Tiger Lawn, with activities on the softball field. About a third of the booths were spread out across campus, from the counselors’ office all the way down to the Tiger Patio. The rest of the clubs set up their tables up along the perimeter of the softball field.

Although the new layout of the booths was more spread out than usual, the same overwhelming amount of students and faculty swarmed the booths to buy savory snacks and delicious desserts. The South Pasadena Chinese Club sold crepes with a variety of toppings from strawberries to nutella while the Mock Trial Club had kimbap and kimchi. The Nut Club sold different types of baklava, a traditional Turkish pastry and Amnesty International had a cookie-decorating booth.

There were also a number of activities for students to participate in. For five tickets at the TASSEL booth, students were given three chances to soak teachers like Ms. Pierson, Ms. Moonesinghe, and Mr. McGough in the dunk tank. ASB set up two huge bounce houses on the softball field while cross country provided their annual escape room. Students also got a chance to sing their favorite songs by participating in karaoke on the Tiger Patio.

“There were some dank performances, good activities, and great food,” Pierone said. “I just really hope that students were able to enjoy themselves and not see it as an event which they were forced to go to.”

Proceeds from the Homecoming picnic will go towards funding future club events and activities.

Follow tigernewspaper.com for more coverage on the Homecoming assembly, game, and dance.