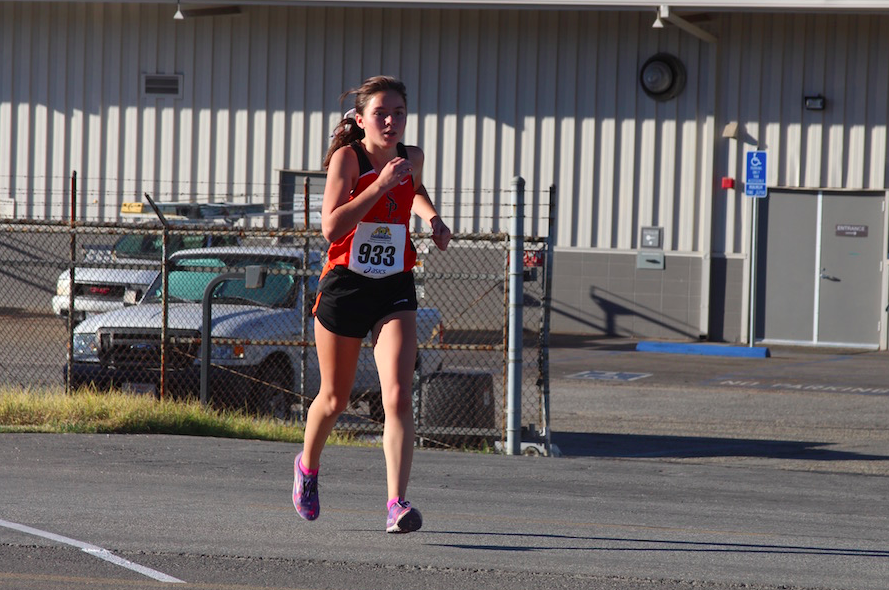 Varsity girls cross country ended its CIF run today at the CIF Southern Section Finals, which were held at Mt. San Antonio College (Mt. SAC), a course notorious for its formidable hills. The girls were unofficially seeded fourteenth out of sixteen teams in the section coming out of Prelims, but exceeded expectations by finishing thirteenth as a team.

Consistent frontrunner senior Emily Ye once again led the girls, finishing at 19:49 and an individual place of 48th of 116 runners. Ye has been suffering a severe tendon injury since CIF-SS Prelims last Saturday. Freshman Elizabeth Bock followed seven places after, completing her race at 19:57 and 55th place. Seniors Maaike Wielenga (20:31, 76th) and Fiona Bock (20:45, 87th) finished close together in third and fourth for South Pas. Sophomore Maddy Engelsman secured fifth for the team at 21:11 and 96th place, taking the last scoring position. Sixth runner senior Briana Nuñez followed closely behind at 21:21 and 98th place. Seventh runner sophomore Caroline Liu finished at 21:46 and 105th. The top five girls garnered a total of 342 points, bringing the Tigers to a solid thirteenth place.

Freshman Lindsey Calva was still recovering from her injury from Rio Hondo League Meet II and once again was unable to race. Sophomore Bailey Wu was replaced with alternate Liu.

Unfortunately, the girls were unable to advance to CIF State, as only the first seven teams qualified. However, this team was the third fastest in the past 15 years , according to Assistant Coach Patrick McGrail.

The girls have come a long way from their summer practices, and have worked hard to extend their CIF run past Prelims. This achievement was exciting for the senior girls in particular, as this season marked the furthest the team had gone in CIF for the last four years.

“It’s amazing what hard work can produce,” said Nuñez. “This is my first time in CIF Finals, and I’m very proud of our team.”

The Tigers now look to the lowerclassmen to step up and continue the legacy that was created this season.

“I’m really proud of how we ran today,” (Fiona) Bock said. “We put our hearts on the line and even though we didn’t make it to State, I think we ran extremely well. I know that the team will be back next year to give an even better performance.”