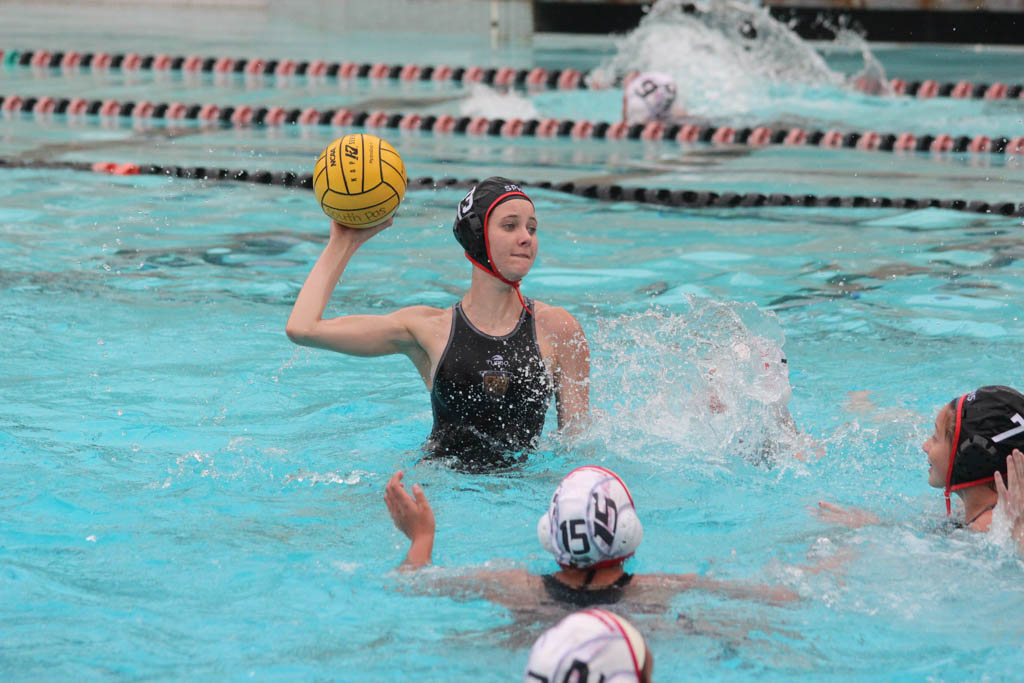 Freshman Haydon Carlson started the game strong, firing a shot into the net in the first quarter. Her teammates followed her, freshman Sumi Rudisky and senior Melody Gray each powering one in. Senior Glenda Chen closed the quarter with two more shots. Senior goalkeeper Clarque De Young held off Pasadena throughout the period with five saves. The second quarter began with the Tigers already in the lead, 5-0.

The team maintained their lead throughout the half, Gray and Carlson each firing in another shot, followed by senior Kaitlin Mason powering in one.  De Young managed three more saves, allowing in one, but Pasadena was far from bridging the gap as the half drew to a close, South Pasadena up 8-1.

Junior Carolyn Halley started the second half off with a goal of her own, followed by one from Mason. Sophomore Skyler Ramirez replaced De Young in the goal, racking up three saves but allowing in one. The Bulldogs shot another in during the final minutes, despite three more Ramirez saves, but could not keep up with the Tiger offense. When the clock hit zero, the scoreboard read 10-3 in the Tigers’ favor.

The win showcased great offensive improvement for the Tigers. Although the squad wasn’t able to maintain the power they started the match with, their strong defense held back the Bulldogs and secured their impressive win.

The team heads to Monrovia on Thursday, January 22 to take on the Wildcats in their fourth league game of the season. The Tigers are looking to even out their record at 2-2, with hopes of winning the league crown.

Junior Carolyn Halley fights for the ball against Pasadena

The Hobbit is a disappointing end to a legendary series

Track renovations set to finish ahead of schedule