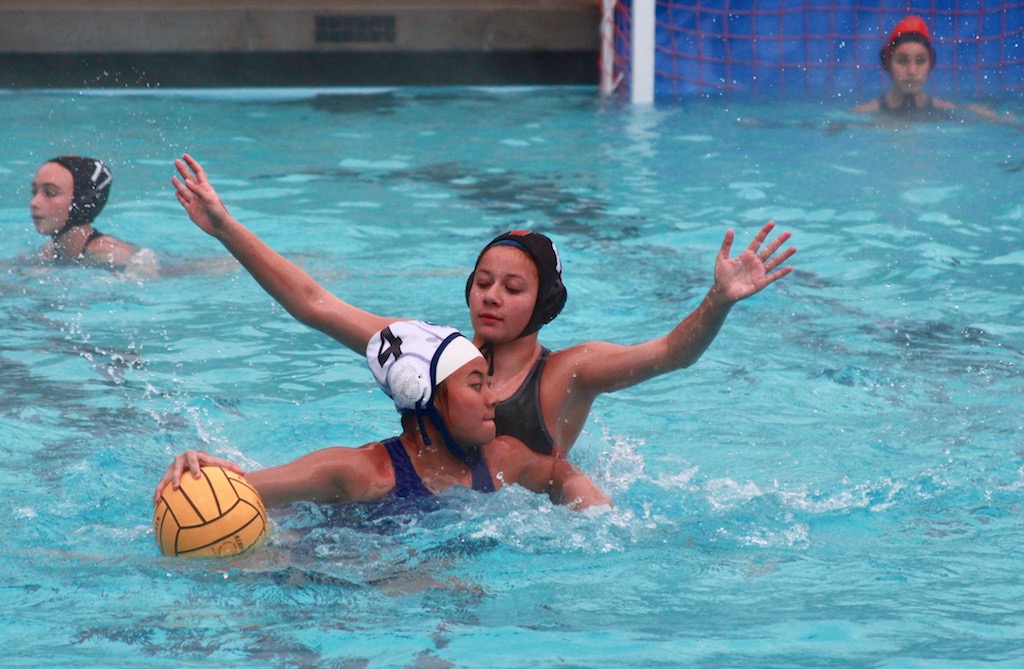 The girls’ varsity water polo team dominated the San Marino Titans in its second league game on Thursday, January 12. The team’s first home game of the season ended in a 11-3 win, bringing its overall record to 8-1 and league record to 2-0.

The Tigers got off to a slow start, struggling to find their stride in the first few minutes of the game. Both teams had chances, though neither were able to capitalize on the opportunities until sophomore Sydney Shettleroe made a goal to open up the scoring. Junior Irene Lee followed it up with a shot into the goal for another point. An exclusion foul on San Marino allowed Lee to find Shettleroe for yet another score. Shettleroe went on to score her third goal of the game, capping off a first quarter hat trick and ending the opening period with a 4-0 South Pas lead over the Titans.

The team continued to gain momentum, as sophomores Jael Osborne and Alison Lao each scored early into the second quarter. Shettleroe forced several Titan turnovers but was not able to convert them into points. Aggressive plays led to many fouls called on both sides as South Pas grappled to maintain control of the game. With 21 seconds left in the second quarter, junior Sumiko Rudisky scored on a pass from Osborne, giving South Pas a 7-0 lead going into halftime.

At the start of the second half, San Marino took advantage of a more relaxed South Pas defense, scoring early in the third quarter. After several fouls and missed shots from the Tigers, Lao and juniors Hayden Carlson and Marta Jerebets were able to find the back of the net.

The fourth quarter opened with Carlson’s third goal of the game and final Tiger point before Titan players struggled to reclaim the ball. San Marino limited South Pas’ offense, intercepting the Tigers’ passes several times as well as making aggressive efforts to block the home team’s shots. Within seconds, San Marino managed to claim two goals before the buzzer sounded, for a South Pas victory of 11-3.

The girls will stay at home for their next game on Tuesday, January 17 against Temple City. This match will prove challenging to the Tigers, who have lost multiple games to the Rams in the past two seasons.