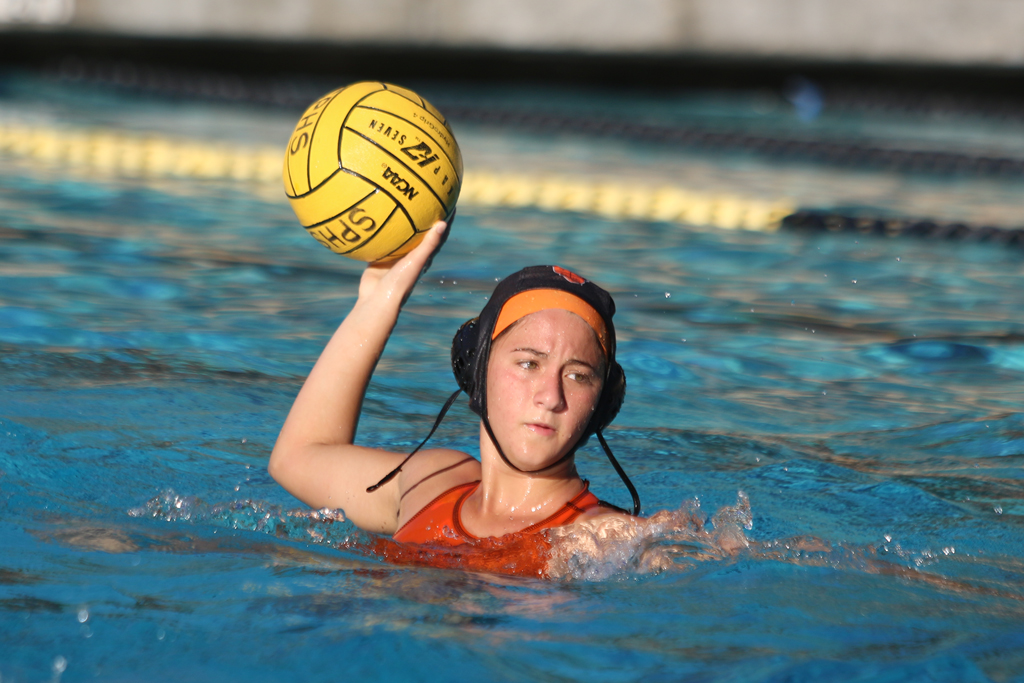 The varsity girls’ water polo team brought down Xavier College Preparatory High School at home in the wildcard game on Tuesday, February 16 with a final score of 17-7 to secure a spot in the CIF playoffs. Playoffs begins immediately with an official CIF game tomorrow, on Wednesday, February 17 against the Esperanza Aztecs at Esperanza High School. South Pas now has an overall record of 14-8 and a league record of 4-4.

The Tigers struck first as freshman Sydney Shettleroe and sophomore Hayden Carlson were able to create space for themselves and take easy shots for goals, giving South Pas the early 2-0 lead. Carlson received a five-meter penalty and scored, increasing the lead to 3-0. Then, Shettleroe followed up with a quick shot for a goal, making it 4-0.

In the second quarter, Xavier slowly started to create opportunities on offense and scored its first goal to make it 4-1. Sophomore Sumi Rudisky answered back with her signature shot beyond the five-meter mark, increasing the lead to 5-1. Senior Melody Gray added to the lead with a floater over the goalie to extend the lead to 6-1. Xavier came back with two goals to cut the lead to 6-3, but Rudisky once again scored a long shot to put the score at 7-3 by the end of the first half.

South Pas exploded on offense once the third quarter began and never looked back. Shettleroe scored a powerful shot and Carlson spun past a defender to flip a goal in the net, increasing the lead to 9-3. Rudisky added two more goals off a rebound shot and a strong shot to extend the lead to 11-3. Meanwhile, junior goalie Skyler Ramirez was a significant part of the Tiger’s defense as she saved many attempts by the Xavier team. To pad the lead even further, Carlson struck a powerful shot to end the third quarter with a score of 12-3.

Shettleroe added another goal to make the score 13-3 in the beginning of the final period. During the rest of the quarter, the Tigers maintained control as the girls scored four more goals while conceding four goals. A Xavier comeback seemed nearly impossible with such a limited time and a large Tiger lead; the final score of the game was 17-7 as South Pasadena soundly defeated Xavier High School to clinch a spot in CIF playoffs.

“We played really well as we handled the pressure really well. The team knew that if were to lose this game we would not be playing again. So, we played with a lot more intensity,” Shettleroe said.

The girls clinched a spot in playoffs and will play their first game on Wednesday, February 17 against the Esperanza Aztecs at Esperanza High School and hopes to make a deep run in the postseason.