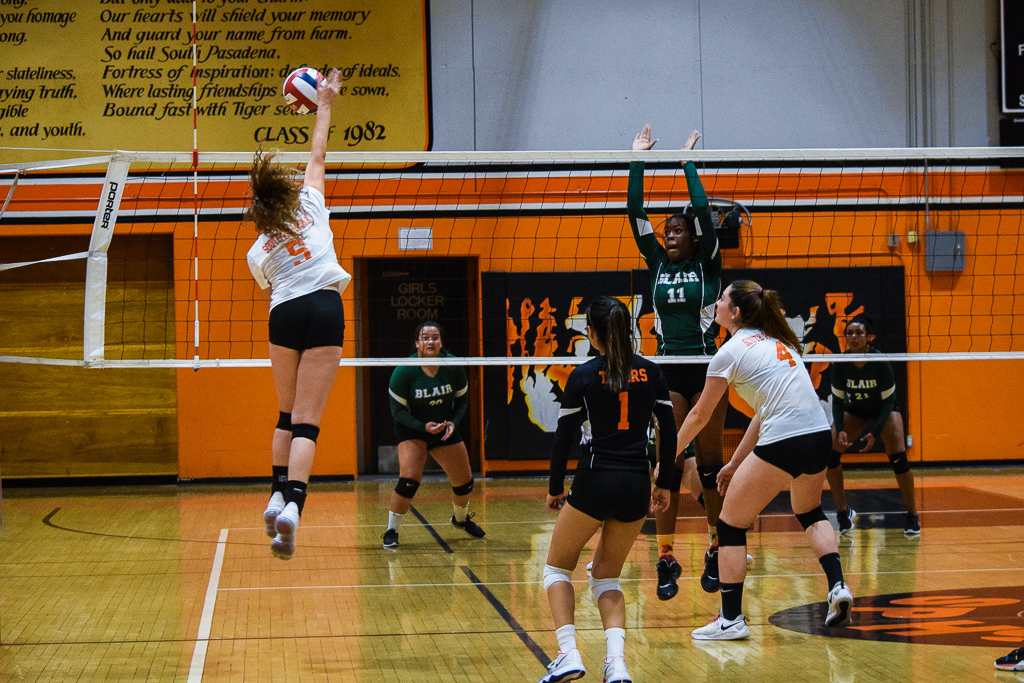 Led by sophomore Alyssa Sokolow (5), the Tigers outscored the Vikings 75-30.

There were rarely any long rallies and Blair only scored because of South Pas’ mistakes. The Tigers quickly reached 25 points, defeating the Vikings, 25-2.

In the second set, Blair attempted to redeem themselves, but they were not successful. The Tigers continued to boast excellent sets by juniors Lindsey Hirano and Lexi Schroeder.

In this set, South Pas also began mixing up their rotation and subbing out key players, which allowed Blair to make somewhat of a comeback. Still, the Tigers were in full control and won the set, 25-15.

For the final set, the Tigers continued to maintain a large lead. Throughout the set, many Blair balls hit the net, easily awarding South Pas points.

The Vikings continued to fall behind and were not able to return powerful kills from freshman Sofia Reyes and senior Ashley Fox. After a Hirano ace, the Tigers wrapped up the game, winning 25-13.

Still undefeated, the Tigers hope to continue their winning streak at Temple City on Tuesday, Oct. 1.