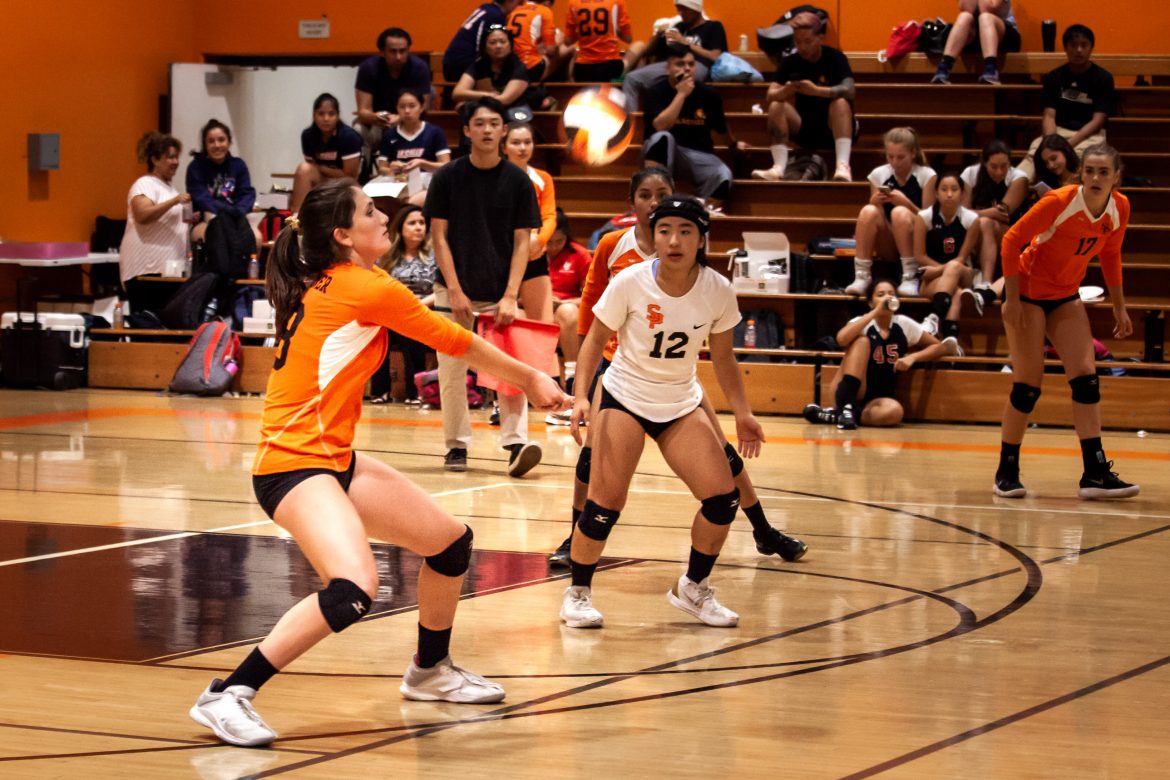 Despite taking the first set from the Lancers, the Tigers couldn't keep up the momentum, falling in the next three.

Girl’s volleyball was defeated at home by La Salle High School in four sets on Thursday, September 6. The Tigers, who were defeated two sets to none in their earlier matchup against the Lancers in a preseason tournament, were ardent for revenge in front of the home crowd, but ultimately fell short in the rematch.

Sophomore Lola Foord notched the first four points with three kills and a block as the Tigers jumped out to an early 6-1 lead in the opening set. The Lancers were able to recover, though, and tied the game up at nine before taking the lead for the majority of the set. However, key blocks by senior Christina Taylor and pivotal kills by freshman Abby Garner humbled the Lancer comeback, and the Tigers emerged victorious 25 to 22.

Garner continued her barrage of kills into the second set, where both teams traded point after point, each failing to take a commanding lead. Sophomore Lindsey Hirano’s relentless energy and constant coverage of the midcourt kept the Tigers in the game. Ultimately, the Lancers were able to pull ahead and seized the second set with a score of 25-22.

The third set, much like the first two, was a back and forth battle. Both teams exhibited their best play, with rallies consistently lasting over five exchanges. However, La Salle prevailed once again and took the third set 25 to 22. Underwhelming play from both teams in the fourth set allowed the Lancers to also take the final set 25 to 18.

“We were the better team today, and we showed ourselves how much we have improved in these past few weeks,” Foord, who ended the match with a game-high thirteen kills, said. “The fourth set was disappointing, but if we keep playing like this we’ll be successful in league.”

With the defeat, SPHS ends their preseason with an 8-4 record. The team will next play at Monrovia in their league opener on Tuesday, September 11.