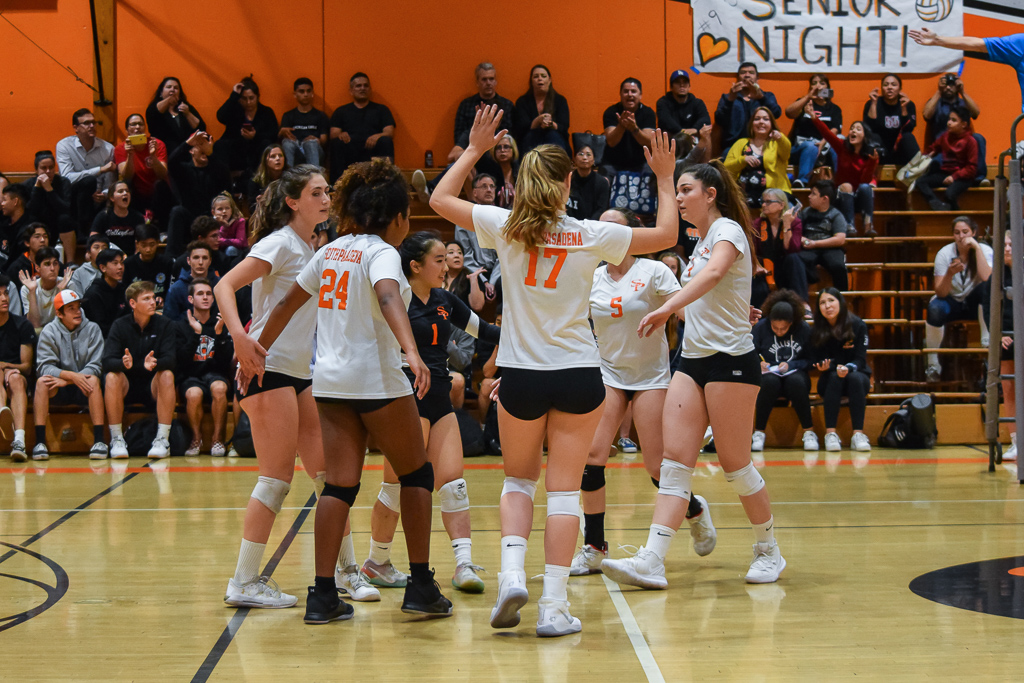 Following a 26-24 set loss, the Tigers rallied to three straight wins and advanced to the second round of State competition.

Girls volleyball emerged victorious over the Cleveland Cavaliers in four sets in the first round of the CIF Division III State tournament on Tuesday, Nov. 12.

However, Cleveland maintained its intensity and the teams were at neck and neck for the majority of the set. The large supporter turnout from South Pas provided thunderous applause and infectious energy, but Cleveland managed to slip ahead and win the set in a nail-biting 26-24.

The scores stayed close for most of the set, until the Tigers were able to shake the Cavaliers’ nerves and pull ahead to win the set, 25-22.

The Tigers dominated in the third set and consistently held a seven-point lead for most of the match. Strong offensive plays from Garner and Foord as well as crushing kills delivered by sophomore Kennedy Taylor kept the team spirit up. South Pas flew past Cleveland in a 25-16 set win.

Determined to close out the match, the Tigers maintained their strong offensive and defensive plays. Foord and Taylor made strong blocks while freshman Ava Dorny and sophomore Alyssa Sokolow provided numerous points during pivotal moments of the final set.

“We kept our offense strong and our hitters were doing a really good job,” Taylor said. “We want to keep going, so that means we have to give a lot more energy next time.”

The girls will move onto the next round of State competition against Valhalla at home on Thursday, Nov. 14, at 7 p.m.

Me + Crepe puts an exciting twist on Chinese street food