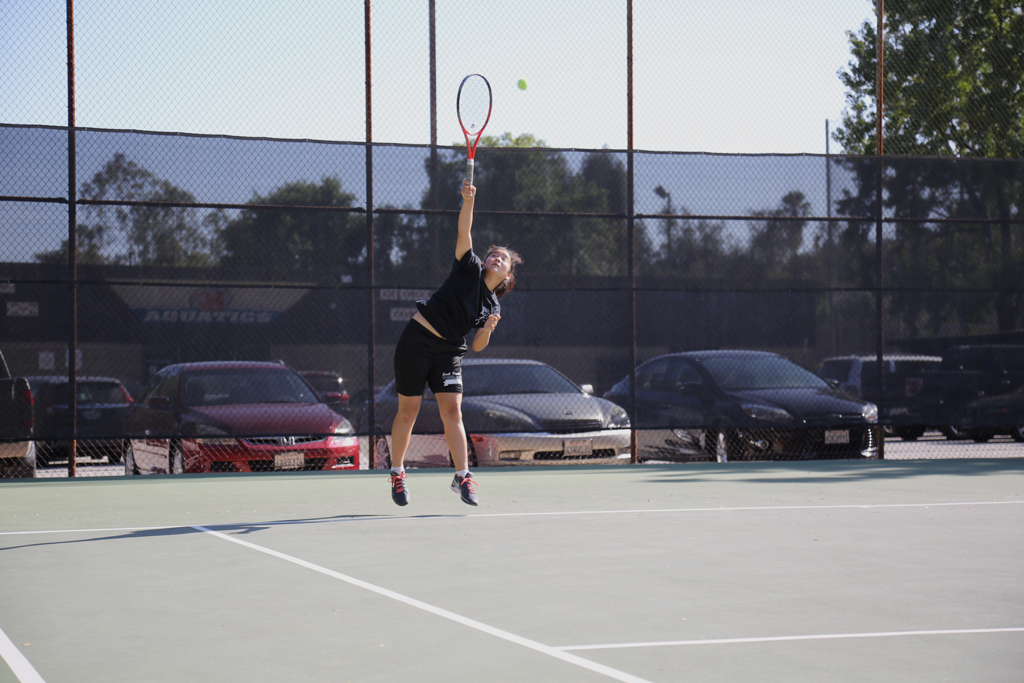 The girls’ varsity tennis team conquered the Arroyo High School Knights at home on Wednesday, September 2, by an impressive score of 15-3. South Pasadena is making its’ presence known to the Rio Hondo League convincingly with every preseason win.

Tiger athletes displayed phenomenal performances throughout the matchup. Sophomore Molly Round and freshman Shannon Huang displayed complete command, going undefeated against their opponents. Also, freshman Rachel Park and junior Jessica Chang tremendously outmatched their opponents as a very cohesive doubles team. The duo allowed only one set to go against their favor, sweeping the opposition by scores of 6-0, 6-0, and 6-1.

“I believe that we have been so successful early on because we have worked hard in preparation for these games” said freshman Rachel Park.

This game was a great victory for the team’s overall moral, but the Tigers’ opponents will only get stronger as they head into the regular season. However, playing at such an advanced level during these games will insure the Tigers’ ability to compete against their Rio Hondo League counterparts.

The girls will try to secure their fourth straight victory against Duarte High School at home on Friday, September 4.