Girls’ Tennis holds off Westridge on the road 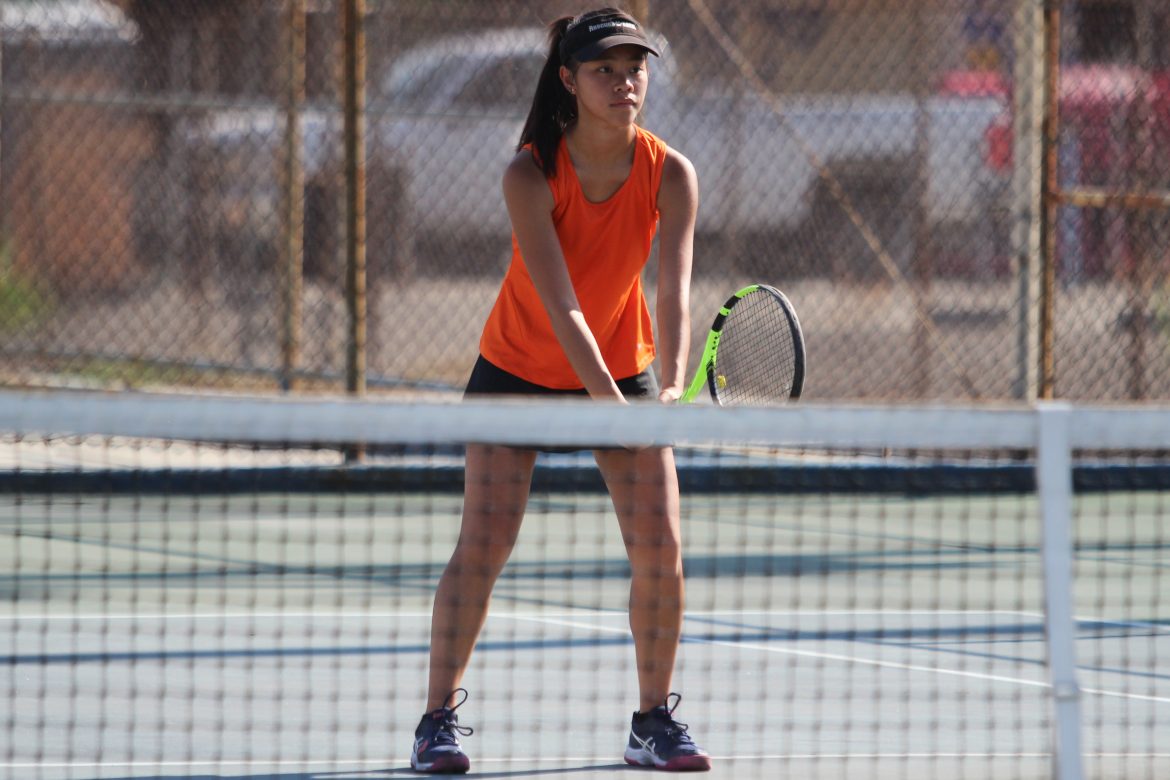 The girls’ varsity tennis team came out victorious in a narrow 10-8 preseason away game against the Westridge Tigers on Friday, August 8. The team’s overall record now sits at 2-0 following the win.

Singles players junior Shannon Huang and freshman Carissa Park took two games each. Huang swept her second match, and came back from a 5-1 deficit to win in a tiebreaker, 7-5, in her third game. Park also overpowered her opponent by a score of 7-5 game and won another in another match, 6-3.

The doubles team consisting of senior Sofia Tomasevic and sophomore Teryn Kum showcased a strong performance, and were triumphant in all three of their games with scores of 6-0, 6-0, and 6-4. Juniors Rachel Park and Sheila Li were successful in two matches, and freshman alternates Talulla Chow and Kimberly Hsueh subbed in and won their game 6-4.

The team will continue its preseason with another away game against Mark Keppel High School on Tuesday, August 12. Last season, the Tigers overpowered the Aztecs in a 16-3 victory.