Girls’ tennis gears up for 2017 campaign 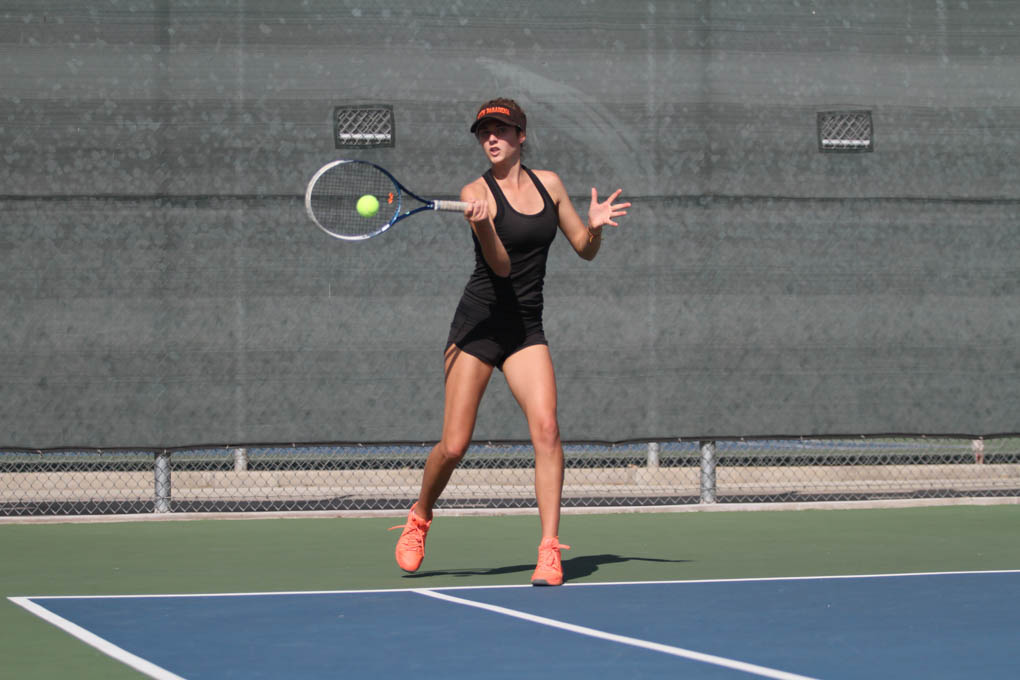 With a new school year beginning, the SPHS girls’ tennis team is preparing for a successful season under new coach, Sean Taroli. Due to the departure of graduated seniors, incoming freshmen will have the opportunity to contribute in the 2017 season.

The girls’ varsity team ended 2016 with a season record of 2-6, and an overall record of 5-9. South Pasadena was victorious over Monrovia twice in league matches, but had some tough games against San Marino. The Titans beat the Tigers twice in rivalry matches. Outside of league play, South Pas defeated Mark Keppel High School 15-3 and Polytechnic 12-6 at home.

“Even though we had some complications during the season, overall it was a great experience” sophomore Teryn Kum said. “I’m excited about next season.”

Kum, who played for the Tigers in the 2016 season, won 6-3 in her last doubles away game alongside junior Rachel Park. Park and Kum will be returning to the team for the 2017 season. Other former team members, including juniors Shelia Li and Shannon Huang will also try out for the 2017 campaign. Huang proved to be a strong opponent, winning two of three sets against San Marino in the final game of the season.

The team will have to compensate for the loss of Jessica Chang, Ashley Huang, and Anya Nicolaides, who have all graduated SPHS. Chang was a large contributor, winning a match against Temple City 6-3, and only dropping one game of three against San Marino. Huang defeated her third opponent from Temple City 6-2.

Senior Molly Round, who was one of the large contributors to the team from her freshman through junior years, will not be returning this season.

South Pas faces off against Burbank High School for its first out-of-conference match on Monday, August 28.