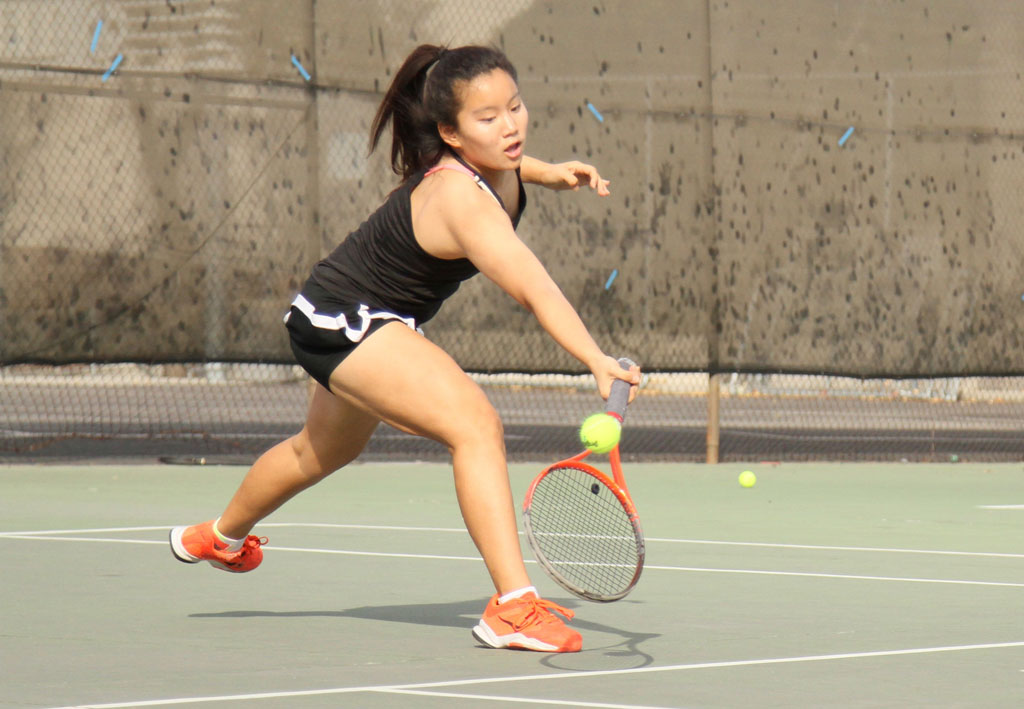 The girls’ varsity tennis team was defeated 13-5 by the Temple City Rams on Thursday, October 20, in their last away game of the season. The team’s league record now stands at 2-5, and their overall record is 5-8.

The team started off strong in the first round. Senior Jessica Chang and doubles team of sophomore Rachel Park and freshman Teryn Kum both won their matches 6-3. Senior Anya Nicolaides and junior Molly Round also were victorious in their first game, securing another win for the team.

In the second round, the team struggled, and was not able to win a single game. Nicolaides and Round came close, but fell in a 6-8 tiebreaker. However, they recovered and grabbed a 6-1 win in their third and final match. Senior Ashley Huang also won her final match with a score of 6-2.

The season comes to an end at home next Monday, October 24, when the team faces San Marino. It will be a tough match for the team, who lost to the Titans 14-4 earlier in the season.